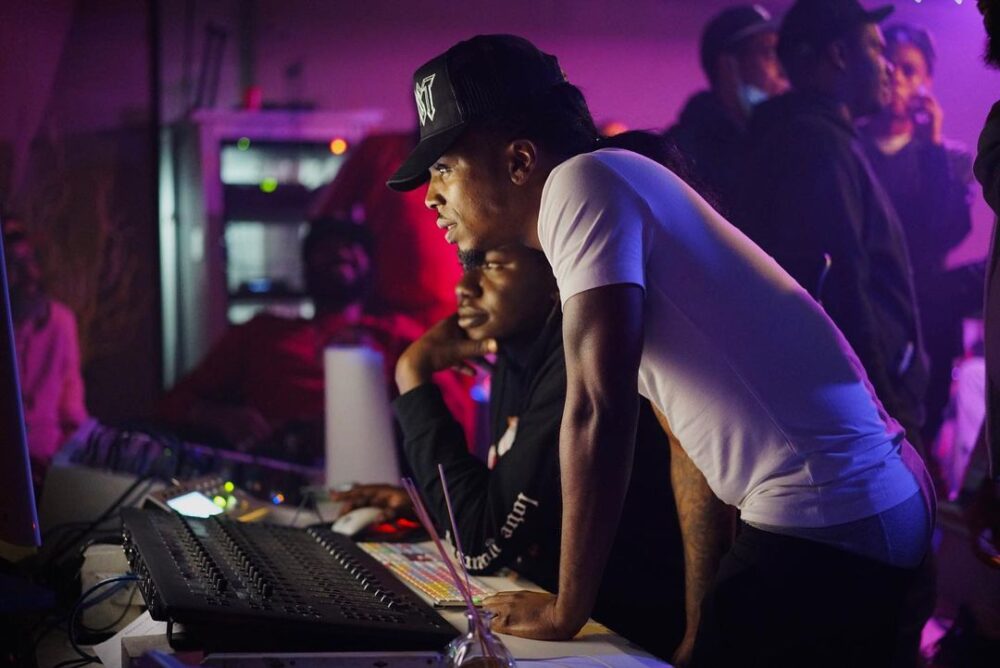 I’m standing in the back of a packed-out nightclub on a Saturday night in Philadelphia, watching about 500 people scream “F.U.C.K LOVE” in unison and waving their hands from side to side. Clouds of marijuana hover over my head as the scent of sex, perfume, and sweat permeates through the air. Tyrone Thorne, aka Yung Cassius, has God’s light shining down on him tonight, and his musical gift illuminates every corner of tonight’s venue.

I’m standing next to a gorgeous dark skin African American woman, and we make immediate eye contact in a very sexually complex type of way. I ask her a simple question, “Why did you come out”? She said ‘S.W.A.H.H.”, grabbed my neck gently, and whispered in my ear, “Yung Cassius” is my heart! The slang word “S.W.A.H.H.” is a shortcode that represents his “shark lifestyle fans.” Tyrone Thorne is a long way from Georgetown, Guyana, where he was born and raised, but the stage is his home.

Georgetown, the capital of Guyana, is almost fairytale-like in appearance thanks to tree-lined streets and avenues and quaint Dutch colonial and Victorian architecture stemming from its days as a Dutch and an English colony. Georgetown lies below the high-tide level, protected by a seawall with a series of canals crisscrossing the city. Yung Cassius’s love for music was instilled from birth, and he always possessed an unparalleled ability to seize and command the moment. Yung Cassius’s parents taught critical life lessons, which empowered him to understand his purpose and destiny at an early age.

By the age of 22, Tyrone Thorne experienced an internal flame within his soul, which would never die out. The passion for music propelled his flight of destiny. In partnership with a savvy investment group, Yung Cassius launched J5 Productions, which included a record label, clothing line, global merchandising, and T.V. production company. In 2019, J5 launched the commercial and critically acclaimed track “F.U.C.K LOVE” to the masses.

Every DJ, barbershop, night club owner, corner store, street king, and college girl in the city knew about “F.U.C.K LOVE.” The organic success of the record represents the true meaning of “God’s Plan.” Club promoters and booking agents naturally booked him for shows, and the ladies literally cosigned his vision. The record amassed over 200,000 digital streams across all platforms within 90 days. The track ranks in the Top 100 on the D.R.T. charts and maintains radio airplay in 30 plus markets. Tyrone Thorne, aka Yung Cassius, is genuinely a “Rising King of Millennial Music.” Yung Cassius is a Global Advocate for RADIOPUSHERS.