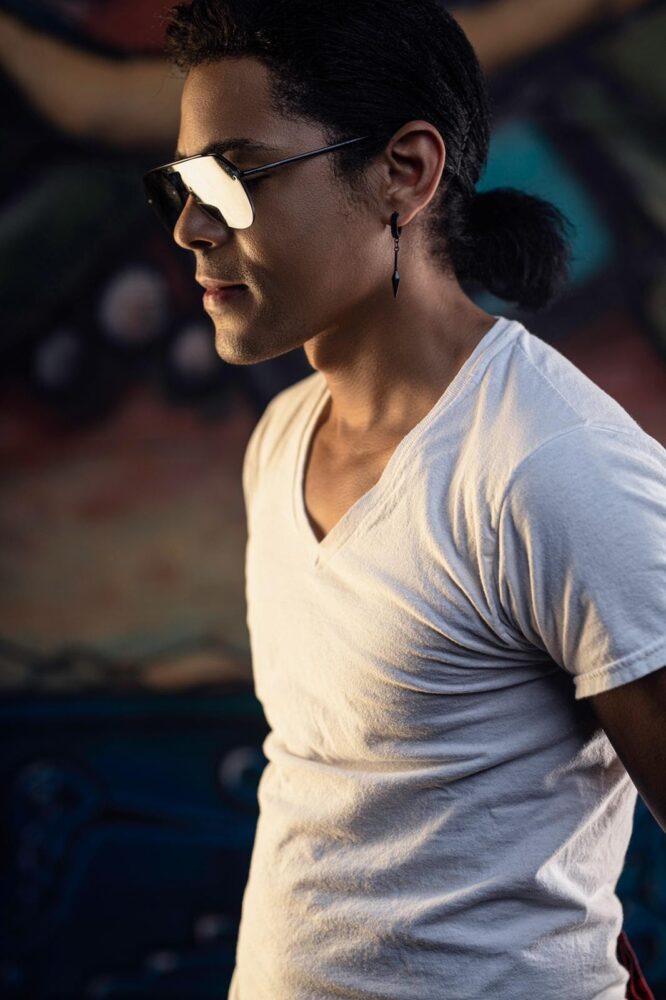 For singer/songwriter and producer, Brandon Howard began his career as a child prodigy with his first major placement on Ginuwine’s 2003 single “Love You More” which reached #23 on the Billboard Hot R&B/Hip-Hop songs.

Muzique Magazine sat down with Howard to discuss his latest single “Seatbelt.”

“At first listen, one would see the double entendres of Intimacy between two lovers in the backseat,” Howard told Muzique Magazine, adding, “…but the deeper meaning is of unlocking one’s guard to love and be loved and communication of one’s feelings between two people being together for sometime. ‘Seatbelt’ illustrates the synchronicity of this love exactly.”

Muzique Magazine: How did it come together?

Brandon Howard: This song has been a vision in my head for awhile, but it finally came to fruition when I was in Amsterdam earlier this year. The studio setting was right and the energy really propelled this song into what everyone is now listening to.

Muzique Magazine: What do you want listeners to take away from this?

BH: I want this song to get my listeners to relieve themselves of the stresses of their daily lives and allow them to relax and express themselves with that someone special or with friends and family. This song is all about unwinding and letting go and truly being present in the moment.

In an exclusive interview with Howard, Muzique Magazine sat down for a more introspective look behind the singer/songwriters backstory.

Muzique Magazine: Tell us about how you got started in the music industry.

Brandon Howard: I guess you could say that I was born into the music industry. I was so fortunate to grow up around so many musical legends and learn from them including my mom, Miki Howard. My inspiration for music comes from living my life and my experiences, a lot of which still surrounds the music world.

Muzique Magazine: Tell us about some of your musical influences.

BH: Piggybacking off the last question, so much of my musical influence came from my family and those closest to them. Being able to be around so many different creatives allowed me to not only learn from them, but create my own style and brand with some of the knowledge that I gained from those around me.

Muzique Magazine: As the entertainment industry is starting to reopen, particularly in favor of musicians (live performances), what do you feel is the most important takeaway as musicians get back on the road (and on their feet)?

BH: I would say the most important takeaway is to have gratitude and be grateful. We are all finally getting back to what we missed so much; I think it is very important for people to remain grateful and not lose sight of what we just had lost for over a year.

Muzique Magazine: As an independent artist, what did you learn throughout the pandemic, whether it was your views on streaming platforms, royalties and artist rights, etc.?

BH: I started to learn where my audiences were active more so I could connect with the most people possible while quarantined. I started doing live-streaming more than ever before and creating a lot of fun content that I wouldn’t have normally had time for.

Muzique Magazine: Tell us about your new single, ‘Seatbelt?’ You say this is a “new sound” for you. Why?

BH: Seatbelt is most definitely a new sound for B. Howard. It’s upbeat, sexy, seductive, and groovy. I want my fans to feel the energy and vibe I had while making the song.

Muzique Magazine: How did this song come together? Spill the beans on the process

BH: The song came together while I was in Amsterdam earlier this year. I went into the studio feeling upbeat and groovy and I wanted to create something that reflected my feelings at the time. From the production to the melody to the lyrics; everything about this song started quickly forming together beautifully. The end product became Seatbelt and I could not be more happy. It is extremely satisfying as an artist to be able to bring you creativity to fruition.

Muzique Magazine: Where can listeners find the new single?

BH: The new single can be found just about anywhere, but the best way to listen is through Spotify. I have partnered with Musicares on my page, so while you listen, make sure to donate to artists in need as well.