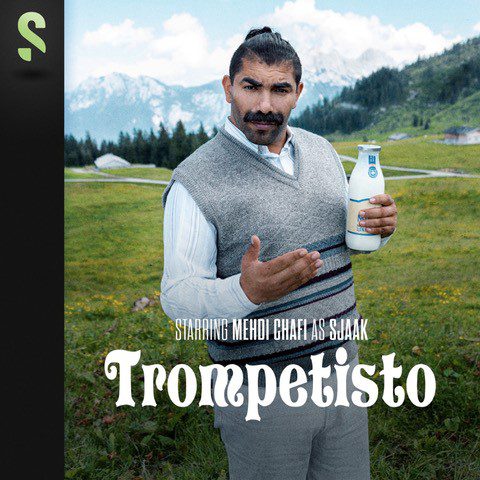 Originally released in The Netherlands a few months ago, the video has close to 2 million views, while the song has more than 13 million streams on Spotify.

Growing up in Amsterdam, where he frequented the streets, Sjaak started recording music in a youth center in the city. He broke through in a big way with the release of his gangster rap song, “Schijt,” featuring rapper Appa. The video for the song didn’t go over well with the country’s politicians, who disliked the lyrics and the true presentation of life on the streets.

Sjaak then dropped albums via the Dutch labels Top Notch and SPEC, while also being a founding member of Strijder Systeem, which dropped a string of popular party songs. Collaborators included PartySquad, JeBroer, La$$a, Sidney Samson, Tony Junior, and Bizzey.

2018’s “Stap voor Stap” with Kav Verhouzer made a huge impact, gathering over 21 million Spotify streams, along with over 6 million YouTube views. This led to Sjaak touring the Benelux incessantly, wowing the audiences with his vibrant music.

The Dutch media made Sjaak’s name ubiquitous. He began starring in big films, such as De Belofte van Pisa. His gift for comedy made him all the rage on social media, TV, and radio.

The intro to “Trompetisto” features a Latin-flavored trumpet leading into a delicious hip-hop beat. A fat bassline and tight drums provide the rhythmic pulse as Sjaak’s baritone delivers a muted but potent rapping flow.

The visuals begin with Sjaak waking up in bed in a house in the mountains of Austria. After shaving, he’s ready to go outside. His outlandish outfit, composed of a shirt and shorts, along with a black fanny pack, presents a hilarious picture. He then struts his moves in a field as indifferent cows watch. Later, he drinks tea and then goes fishing, donned in typical fisherman’s togs.

Sjaak has it going on! “Trompetisto” is not only innovative but humorous.