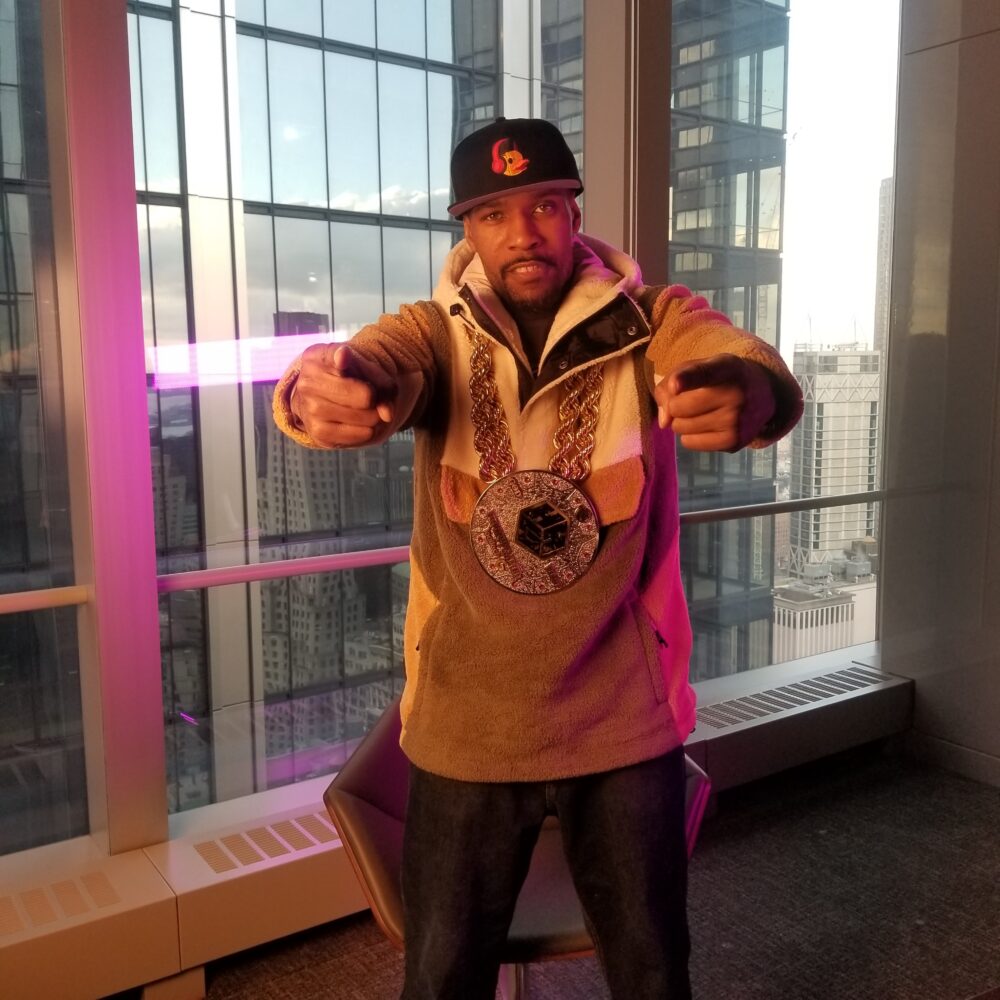 For the past four weeks, my dad has been recovering from his third stroke. At 12:00 am Pacific Standard Time every night, I ride my Peloton stationary bike until I collapse from pain and exhaustion. My father’s doctor told me to my face, “your dad will never talk again” because the blood clot damaged a critical part of his brain.

I didn’t react immediately; the moment froze my feelings. His words haunt my mind every day and cause an unexplainable vulnerability. A man’s father is his superhero in life and their most significant role model. It’s Friday night in Miami, and there’s always a reason to celebrate life at the highest level. Weekends at Fontainebleau Hotel on Miami Beach are epic and elevate my inner spirits.

I arrive at my rooftop suite, and upon entering, the staff has gifted me Jay-Z’s Ace of Spades champagne. I immediately walk to the balcony and stare in amazement at Biscayne Bay. I sit back on the custom balcony lounge chair and open my laptop for work. I’m covering a story on the multi-talented and technology C.E.O. HipHopGamer.

HipHopGamer is the one-of-one in the world of Hip-Hop. His trademarked tech brand is ubiquitous in the stratosphere of technology, Hip-Hop, and business.

God bestows everyone with exceptional talent or skill to make the world a better place. However, God blesses a select few with the ability to make history and inspire the next generation to greatness. Most 4-year-old kids aren’t savants in any area of life and especially in the field of gaming. HipHopGamer’s unparalleled gift of instinct and intuitive intellect enabled him to hone unique skills and special interests.

HipHopGamer reveals his genius and passion for life

A normal childhood includes a child’s mother, father, and shelter. Imagine growing up not knowing who your mother is, she could walk beside you on the street, and you wouldn’t recognize her at all. A child’s mother is its first teacher and life coach. Visualize walking the streets in Brooklyn, New York, and seeing other children playing with their parents. Trying to understand why the two most important people in your world don’t want you. Most kids mentally plummet into a world of drugs, gangs, crime and succumb to suicide for acceptance and relief.

God’s angels blessed HipHopGamer with a woman named Margaret Williams. Margaret Williams is the grandmother of HipHopGamer. She provided guidance, strength, protection, and true love that a child needs to survive in an unforgiving world. Unconventionally, she played video games with HipHopGamer and built an unbreakable bond of faith. From gaming, he grew a love for Hip-Hop music living in Brooklyn, New York.

At the age of 14, HipHopGamer was known as JackalFlarez, aka Jackal. Rap culture was birthed in New York, and Brooklyn was home to the Notorious B.I.G. and Jay-Z. Realizing a career in Hip-Hop, he invested all his time and energy into the pursuit of greatness. His rap career hit a crucial flashpoint, and destiny wasn’t on his side. “Industry rule 4080, the music industry is shady” is a famous quote from the iconic rap group Tribe Called Quest. Devious business ethics by the people involved torpedoed the deal. The Jackal returned to his original form, ‘HipHopGamer,’ and never looked back.

HipHopGamer began paving his way in the tech and gaming universe. Coming from Brooklyn, he never accepted a handout or shortcut outlet. HipHopGamer started to create innovative and mass appealing content for the gaming world. His early breakthrough moment arrived when the filmmakers of the movie ‘Battleship’ invited him to create content.

This opportunity opened the door for him to begin a sub-career in journalism and being a media personality. HipHopGamer received the privilege to interview Hollywood heavyweights such as Kevin Hart, Angela Basset, Jerry Rice, and more. The young black genius was fulfilling his dreams and making his grandmother proud.

HipHopGamer’s career hit another milestone when his content curation portfolio caught the eye of New York’s #1 radio station ‘H.O.T. 97‘. He was invited to interview with top radio personality Peter Rosenberg, which sparked his most profitable business relationship. H.O.T. 97’s management team was supremely impressed with HipHopGamer’s talent and ability to contribute to their future success. As of today, HipHopGamer is a ‘partner’ of H.O.T. 97 and provides curated content for their gaming division.

The life of Gerard “HipHopGamer” Williams is not for the light-hearted. His life reads like a VH1 Behind The Music episode, including everything from a broken childhood, drug-infested neighborhoods, street dreams, Hip-Hop, and the pursuit of purpose in life. HipHopGamer’s story is now activated, and his journey is inspiring the next genius kid in Brooklyn without parents.

This article was penned by Jonathan P. Wright. Jonathan is a freelance writer for multiple mainstream publications and CVO of RADIOPUSHERS. You can read more of his work by clicking here.

Why You Need To Seek This Manager’s Services As A New Artist
Wishbone New York: The Clothing Line helping tackle the Drug Epidemic
Advertisement