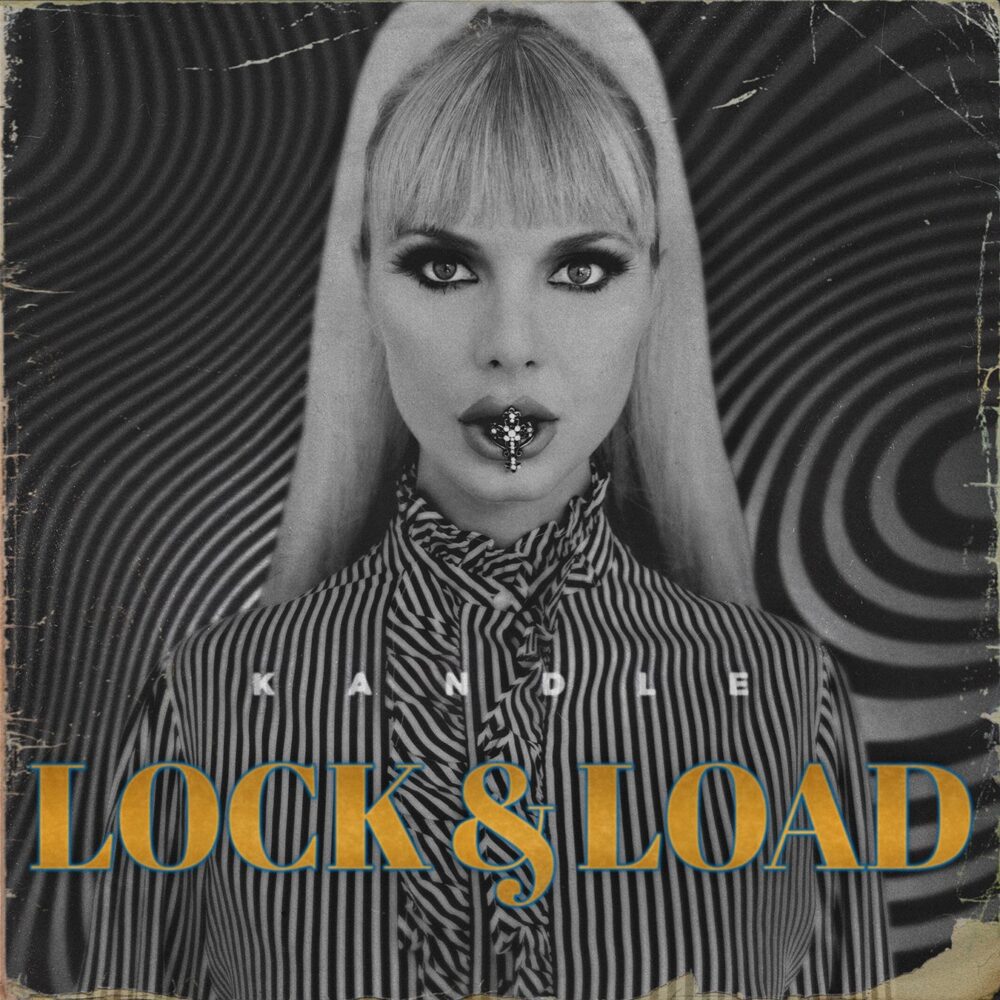 The genesis of “Lock & Load” occurred when Kandle and producer Michael Rendall began exchanging voice notes. Sharing an affinity for the theme songs from James Bond movies, the pair decided to write their own.

Explaining the song, Kandle shares, “I escaped from normality to write ‘Lock and Load,’ adopting an alter ego for this track’s dark fantasy of forbidden love and betrayal. Michael and I want you to get lost in fantasy as you listen, just like we did during the writing of this song.”

After co-writing “Lock & Load,” Kandle flew Rendall from London to Canada to produce her new album. They entered the studio in March, just as the pandemic took hold.

According to Kandle, “Making a record is normally an isolating experience, but as the world slowly began to shut down, things got increasingly weird! By the second week, there were just four of us left and we basically went into self-isolation together.”

She goes on to add, “The recording experience itself was magical, as we approached everything with a very old skool mentality. We already had the orchestral parts down so all we had to capture was the band, and they really took it to the next level. A lot of first takes made this record, and you can hear that authenticity on it.”

Kandle’s music career began when she and her sister Coral Osborne, along with Louise Burns, formed The Blue Violets, followed by starting The Krooks with Sam Goldberg, Jr. In 2012, she released her self-titled debut EP, followed by her full-length album, In Flames, via Dare to Care Records. Her album, Holy Smoke, dropped in 2018. That same year, she materialized in the video for “Corporation,” a track from Jack White’s Boarding House Reach, along with releasing two more of her own videos: “Bender” and “Broken Boys.”

Kandle then played with her father, Neil Osborne, of the band 54-40, under the name A Family Curse. During 2020, because of the pandemic, she released two independent singles, “How Can You Hurt Me” and “Little Bad Things” via Soundcloud. Both songs were recorded in Victoria, B.C., at her family’s house.