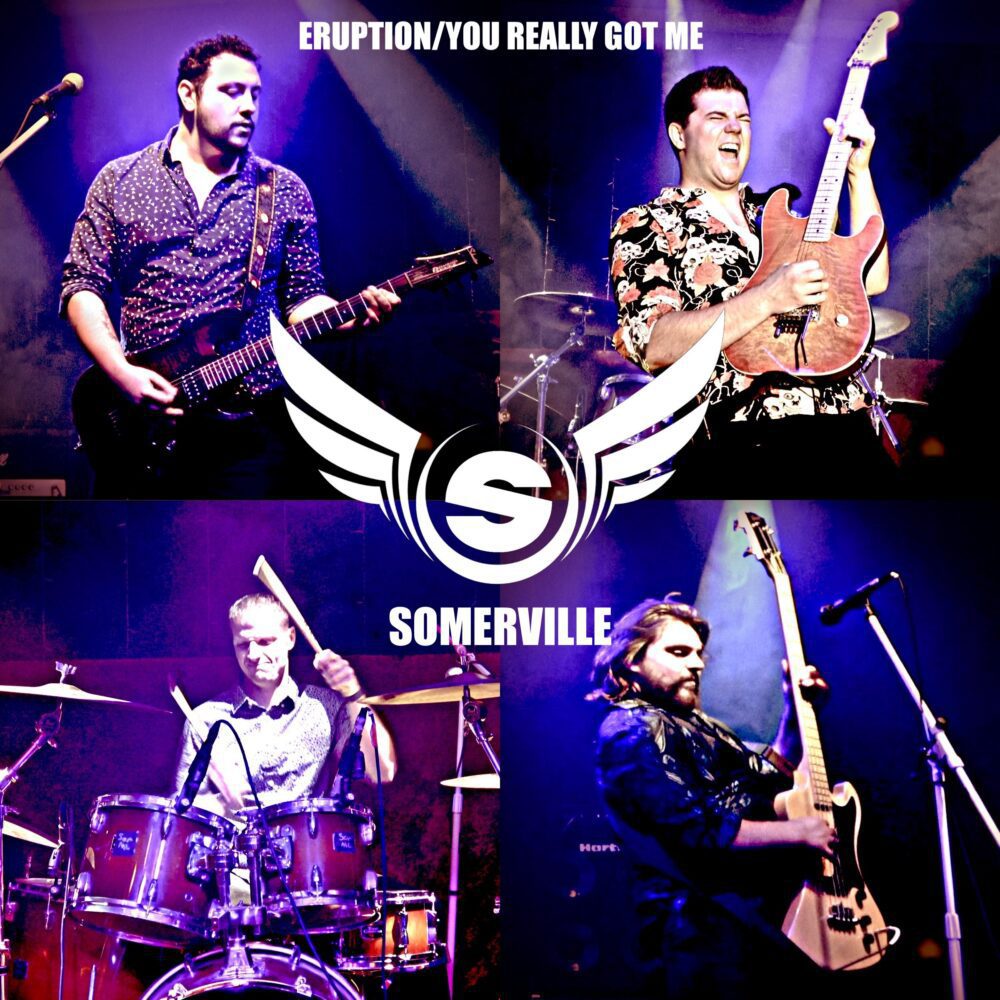 Somerville, Philly’s premier hard rock band, pays tribute to Eddie Van Halen and The Kinks with the release of their music video “Eruption/You Really Got Me.”

According to Somerville, “Our cover of ‘Eruption/You Really Got Me’ was inspired by our love of Van Halen and The Kinks, plain and simple. Both bands made music that was heavy and fun at the same time. That’s how we like music to be, not just as musicians, but as listeners too. Eddie Van Halen’s guitar playing is and always has been a huge inspiration for us, so since Eddie tragically passed away this past year, the best way we could pay tribute to and honor the master himself would be to cover his masterpiece, ‘Eruption.’ We also added in ‘You Really Got Me,’ because, technically, we’d be doing a cover of a cover, “cover inception” if you will, and we thought it would be fun!”

With “Eruption” and “You Really Got Me,” Somerville provides an appetizer for their forthcoming debut EP, Shooting to the Top, set to release soon. If Somerville’s original music is only half as potent as “Eruption/You Really Got Me,” fans are in for a listening experience so buff it hurts.

“Eruption” features a hobgoblin drum intro, followed by Kevin Somerville strutting his blinding dexterity on his guitar, showcasing his rapid-fire fingers caressing the strings in a series of digital magic. As he draws forth fulminating notes, groaning feedback, and scorching coloration, the air ruptures on incandescent surfaces.

“You Really Got Me” opens on snarling guitars topping a Jovian rhythm – fat, pulsating bassline and John Bonham-like percussion, heavy and forceful. Kevin’s made-for-rock voice imbues the lyrics with grimacing timbres, followed by an incredible cavalcade of red-hot licks. After the breakdown, the song ramps up to wall-of-sound sonic muscle.

Somerville has it going on! Surging with hypertrophic immensity, “Eruption” and “You Really Got Me” flat-out rock.