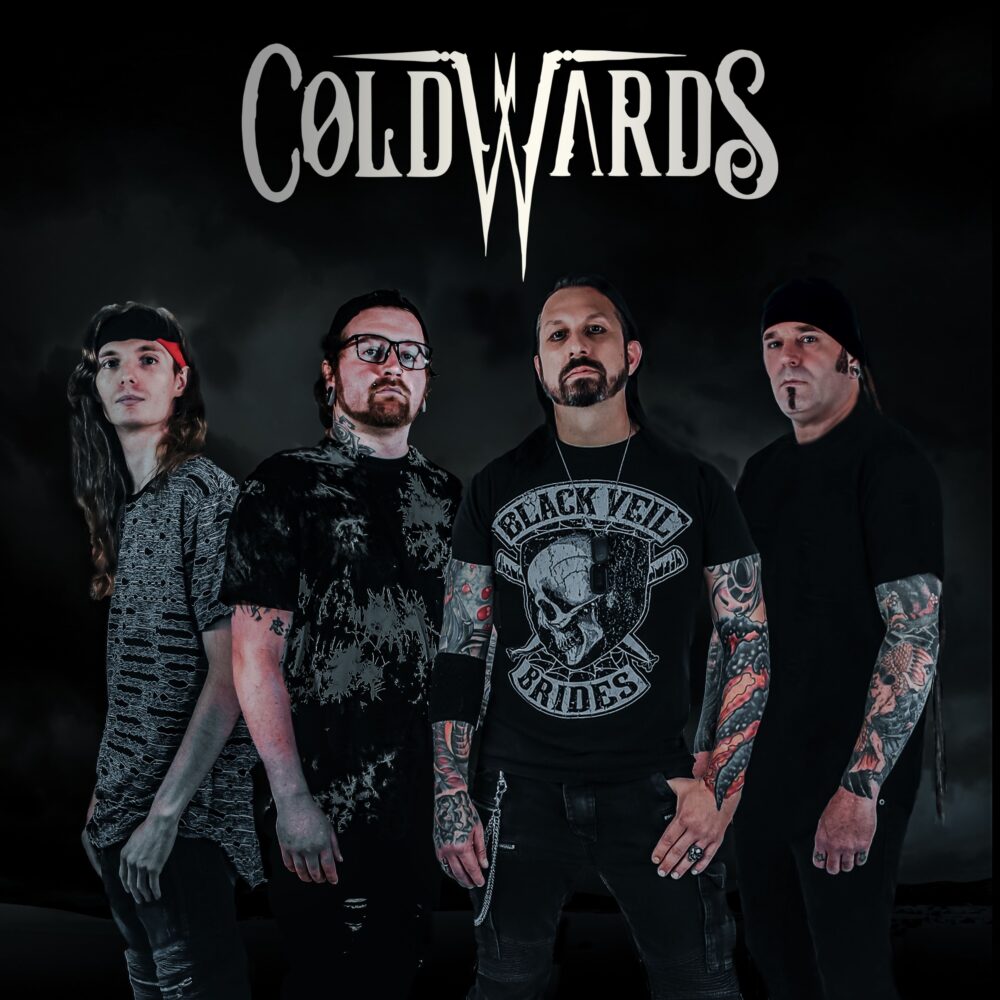 The band explains, “‘Say Something’ is about a person’s struggle with their addiction and the battle that they endure within themselves while feeling like they’re alone in their own personal war, like they’re a complete outcast in a room full of people just waiting for someone to reach out to them about it.”

Made up of Paul Crosby (drums) – drummer for Gold and Platinum-certified, Grammy-nominated Saliva – and his two sons, Zac (vocals, all things electronic), and Sean (vocals, guitar), along with Richie Hey (bass), ColdWards’ sound merges the raw audacity of Slipknot with the muscular alt-metal of Linkin Park.

Even though the members of the band are located throughout the country, with Sean in Wisconsin, Zac in Memphis, and Paul in Houston, ColdWards deems Houston their home base.

“I’m always on the outside looking through the glass / Lost in what I can’t find don’t know where I’m at / Trying but it feels like I’m slipping through the cracks / One step forward and two steps back / Can anybody tell me why I feel so lost / Don’t anybody speak at once / Just say something say something.”

The video, shot amid a smoke-filled setting, alternates between full-color and black and white hues, adding susceptibility, intensity, and urgency to the visuals. Cinematic cuts from member to member inject the images with a dazzling kinetic flow as the musicians parade their passion and instrumental brilliance.

Simultaneously polished and chock-full of thick heaving energy, “Say Something” immediately launches ColdWards to the top tier of the nu-metal ranks.