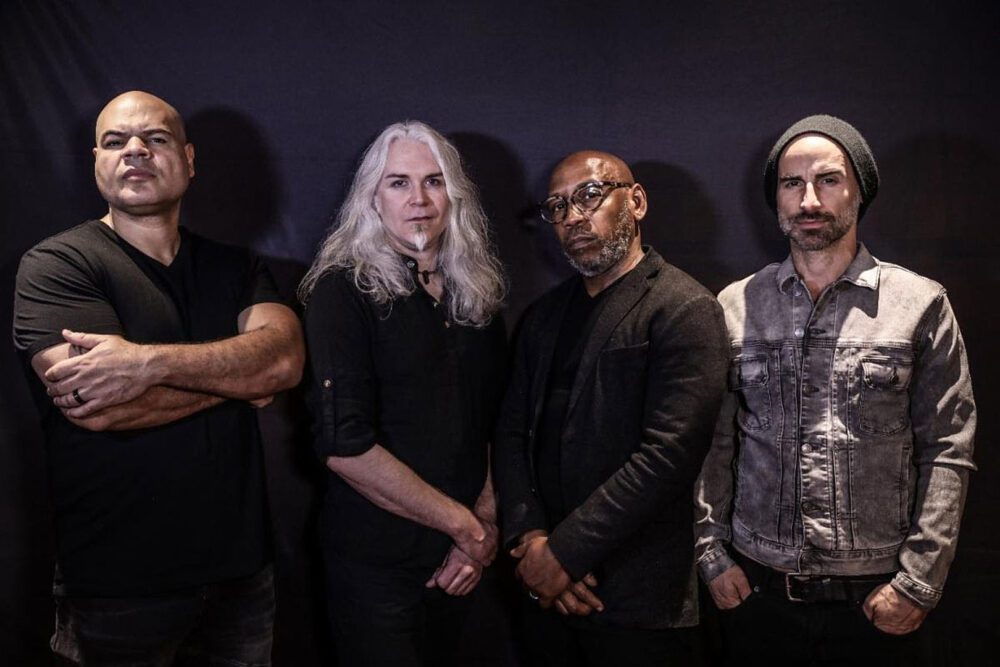 The rock division of CEO and founder Pepper Gomez’s Wake Up! Music Group, Wake Up! Music Rocks is directed by Waylon Reavis, the renowned frontman of A Killer’s Confession.

Ra formed in 1996 and comprises Sahaj Ticotin (vocals, guitar), Skoota Warner (drums), PJ Farley (bass), and Ben Carroll (lead guitar). With the release of their debut album, From One, via Universal Music/Republic Records, the band skyrocketed to the upper echelon of alt-metal, entering the rarified realm of bands such as Disturbed, Seether, Stone Sour, Korn, Shinedown, Sevendust, Breaking Benjamin, and Staind.

After selling over 400,000 albums and dropping red-hot singles such as “Do You Call My Name,” “Fallen Angels,” and “Broken Hearted Soul,” Ra vanished. They stopped making music because the music industry’s major labels are typified by being doctrinaire, artificial, shrill, shallow, uncertain, eclectic, jejune, and insincere.

Unlike the aforementioned big labels, Wake Up! Music Group (WUMG) operates differently, which probably explains why WUMG seems to be the go-to label for discontented bands seeking a new home.

Explaining Ra’s signing with WUMG, Sahaj shares, “When the idea of bringing back RA to the current rock scene started to seem like a reality, I knew we needed a few things. First, it had to be the original lineup. Having Skoota, Ben, and PJ on stage with me was imperative. Secondly, we had to find a strategic partner who saw the potential. Not only for new music but for touring and merchandising. After being inactive for the last six years, we knew we could not come out again half-assed. This has to be real. This has to be intense. When Waylon presented the opportunity to work with Wake Up! Music and we began the dialogue, it was clear that he and Pepper understood how serious we are about taking this step.”

It all came together. The result is 13-tracks of dazzling alt-metal music, entitled Intercorrupted.

The album begins with a short intro, followed by the title track, opening on plush, luminous vocals rolling into hefty, shimmering guitars topped by Sahaj’s deluxe, evocative voice. The amalgamation of pop coloration and surging waves of alt-metal infuses the tune with heady splashes of sound.

Darker and brawnier than “Let’s Go To Mexico,” “Loud” features a delectable bassline, finessed drumming, and glossy yet compactly formidable guitars. Sahaj struts his superb timbres on this song. “Divided” moves on chugging guitars flexing with sizeable dynamics while soaring vocal tones imbue the lyrics with urgency and elusive nostalgia.

“Let It Lie” hits hard from the get-go and is reminiscent of Slipknot on the intro, and then smooths out to heady, glossy alt-metal rinses of coloration. The final track, “Somewhere Beautiful,” is the kind of song Shine Down wishes they could write – developed and powerful with a searing guitar solo.

Sans a run-of-the-mill track, Intercorrupted goes beyond superlative and crosses the threshold into the ineffable. A damn excellent album!