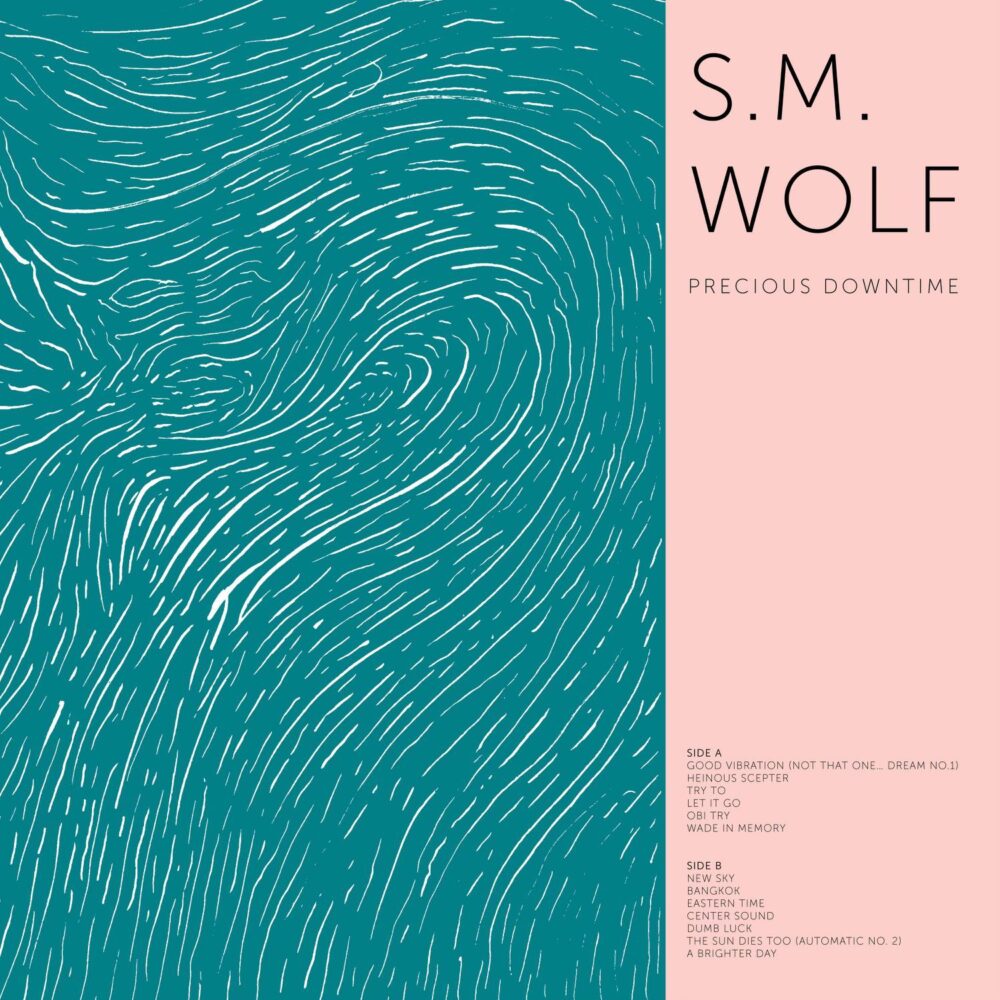 The band’s prior three albums encompassed heavier topics, such as loss, grief, and divorce. On Precious Downtime, the band takes off in a different direction, probing subjects of rebirth and growth. The album’s sound enfolds a variety of styles, including ‘90s slacker indie-rock and retro flavors of the ‘70s, as well as a piano duet on “Obi Try.”

S.M. Wolf began laying down tracks for the album in 2019 but didn’t finish until the beginning of 2021 because of the pandemic, compelling the band to record in small groups with some parts being tracked in their home studios. Even with the topsy-turvy aspect of the recording process, Precious Downtime is S.M. Wolf’s most polished, collaborative, and coherent body of work.

With their shifting lineup, S.M. Wolf’s music revolves around the songs of vocalist/guitarist Adam Gross. The backbone of the band consists of Melanie Rau (drums), Ben Leslie (bass), Rachel Ennekeng (keyboards), and Bryan Unruh (guitar, keyboards). The band has toured across the U.S. on multiple occasions, along with tours in Japan and Europe.

Precious Downtime embraces a baker’s dozen of tracks, starting off with “Good Vibration (not that one…), which opens on percolating percussion effects, followed by a guitar and Adam’s slightly melancholic voice. When the rhythm kicks in, the tune takes on savors of ‘90s alt-rock.

Speaking subjectively, highlights include “Heinous Scepter,” a blend of jangly guitars, fat bassline, and shoegaze-lite textures. There’s a Brit-pop feel to the tune, as well as Adam’s vocals, laced with dreamy tones.

“Let It Go” pumps out thick, dirty guitar energy as a driving rhythm pushes the song forward with gusto. “Wade In Memory” travels on gleaming guitars full of jangly nuances, and then shifts to darker coloration riding a steady rhythm. As the glistening guitars return, the tune assumes wistful layers of harmonics, akin to potent dream-pop.

“Bangkok” features subtle shimmering guitars, followed by a delicious trumpet, imbuing the song with dazzling accents. “The Sun Dies Too” conjures up drifting aromas of Pink Floyd, rolling out on soft prog-rock textures topped by meditative vocals. Dual layers of coloration, one shiny and trickling, the other deep and groaning, give the tune juxtaposed, gliding layers of sound.

The final track, “A Brighter Day” is reminiscent of the Beatles, floating on psychedelic surfaces as Adam’s pensive tones infuse the lyrics with shades of a slow pavane.