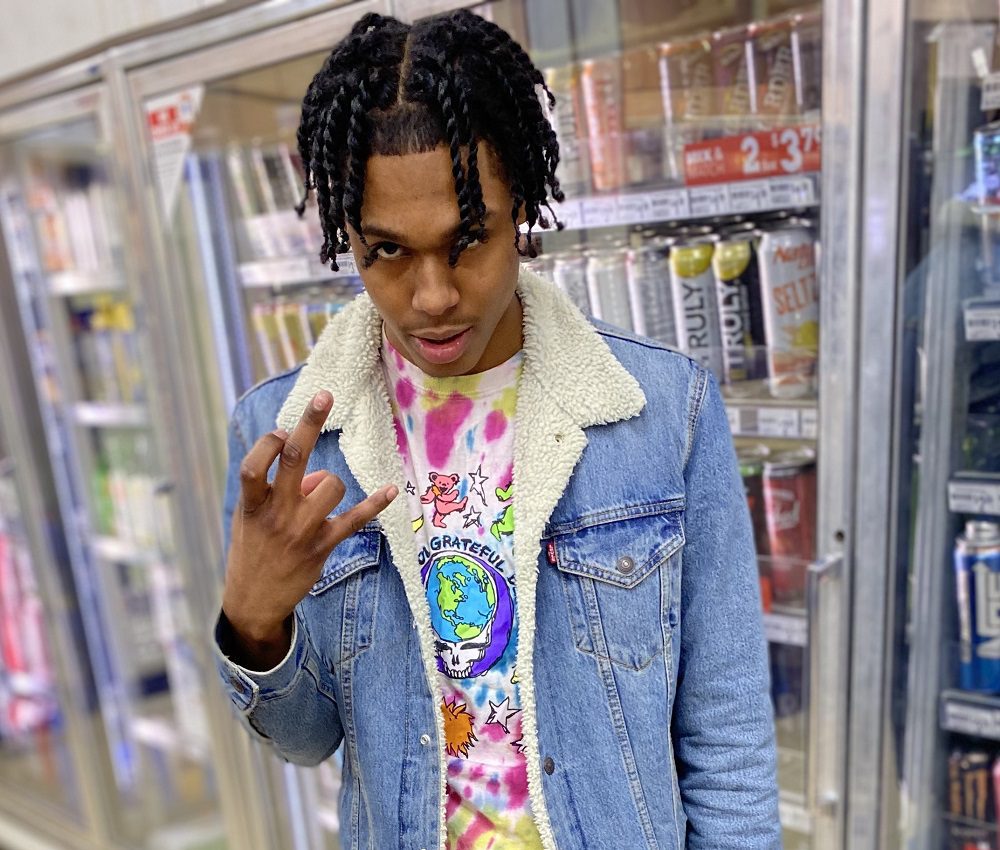 My rap name is DBG Heartless. I and one of my guys named Quinelle (DBG Just Q) came up with it… it stands for Directed by God because no matter what type of life you are living whether it being the street gang life to being the richest businessman or doctor everything in your life is directed by God your life is his movie and he controls what happens you just gotta have faith and believe in him and you will prosper!

The Heartless part came from my mom growing up she would always tell me I don’t care about anything but myself. It kinda just stuck with me from there on out and it really is true LMFAO. females would say the same thing because I never really wanted to be in a relationship so I would be with girls and even though they would catch feelings I would feel nothing for them and that’s just the way I am.

And I’m a Sagittarius if you’re into horoscopes and stuff like that So I guess that heartless stuff was just part of who I am. It’s not like I don’t care about other people and stuff… I care I just don’t give a f**k

I always was considered an “Artist” as a kid I was always interested in creating things and experimenting. I always wanted to do different things I used to draw all the time, and I knew my creativity could be used somewhere where I could express myself more, and that thing was music. When I was in elementary school I used to play the piano, saxophone, and drums I was interested for a while but then I just came less interested in playing instruments and wanted to use my words. So I started writing raps in like 4th grade I wasn’t really taking it seriously.

I saw all my uncles my cousins my dad and even my brother who is now a popular artist (Cujo) rapping all the time so it really was just in my blood and I wanted to do it. I played basketball my whole life so that was my main focus.

It wasn’t until after I had gotten in a car accident where I was hit by a drunk driver after my senior year when I really got into seriously . since I couldn’t play basketball anymore because of my injuries I wanted to move further with my music career.

I would say my sense of style comes from the new melodic ways of making music. I can rap like drill rap too but melodic music is more fun making. People can really hear your pain or happiness when you melodically singing and also being lyrical at the same time rather than just rapping what they call” hard/drill” rapping.

The people I really listen to that have good melodies which I get inspired by is Michael Jackson, Drake Aboogie wit da hoodie but lyrical wise I’m into Kendrick Lamar, Meek mill and I used to always listen to 50 Cent that’s just what I grew up on listening and my mom also listened to a lot of r&b I would play around and sing with it that’s when I knew I had a voice

Right now I am just dropping singles I’m more focused on getting that one good hit song out there to blow me up with a music video to let people see who I am my last music video I dropped is called “Low Rider” which is streaming on All platforms.

This song title really just came from what’s going on nowadays in the world to survive you have to be a Lowrider which just means staying low from a lot of things like the drama the police and even people. In my city, a lot of people will just really hate and never wanna see you on it when people do see you on that’s when you either get killed or some else end up happening like you getting robbed or something and being a Lowrider you Gotta know how to avoid all that and move smartly to stay out of trouble and not fallen to the path like the other people

Some of my greatest challenges is just growing up in the “hood” and from a city where poverty and murders are just normalized nobody really expects you to be anything other than falling into the street life and dropping out of school and selling drugs and having a gun like what most people from my city end up doing.

I’m not gonna say I never did any of that but at the end of the day, it’s really up to you if you want to break the cycle and make a change. It’s hard to not fall in the cycle If that’s what’s all around you. Most people have dreams and goals but those dreams and goals get shattered once they lose someone close and the pain they’re feeling turns to anger then that’s when the street life just comes to you and it’s just a natural thing. I’m one of those people who want to break the cycle and I want better for myself just because I’ve been through a lot of stuff and I experienced a lot of things that I just knew I had to get myself out of before I ended up like everybody else in my city which either ends up dead or in jail that’s just the reality.

I work hard I’m always in the studio always trying to connect with different types of people meet new people and travel a lot because I really have a passion for what I do. I express my pain to my music which a lot of people can’t do and resort to violence, and that’s what makes it something to enjoy doing I feel like I’m one of the hardest workers when it comes down to this music and I try not to let other things interfere with it because it’s really what I wanna do and it’s how I’m going to break the cycle and try to change the cycle for everyone else.

With my work ethic, I plan on being one of the best rappers ever to live I’m gonna go down as a legend so what I’m working on now as a near goal is just to get my fan base up and try to reach out to as many people as I can and create genuine love you don’t really have support if people aren’t showing you genuine love I don’t want all those fake followers Or just to go viral because I did one thing I want it to be people who really enjoy listening to my music for different reasons like because it’s something they can relate to and it helps Them get through certain situations Or because they really just enjoy my music and they turn up to it I make all types of music and that’s the artist I wanna be.

The people I would like to thank for making me into the person I am today is my mom and grandma My dad really wasn’t around often while I was younger so everything she did was on her own or with the help of my grandma I would’ve never had anything she always broke her back for me and my family to have what we wanted and live the life we want to live I can’t really say I’ve been broke and Not have anything because my mom was always working trying to help us get what we wanted and she always put us before herself so when I get famous or when I get a Lot of money I will make sure I take care of her and also my grandma too because she was also right there with her breaking her back going to work, watching us when my mom was always at work basically taking care of us when my mom couldn’t be there And for someone being older that’s a lot of stress and that’s a big role to put on but I’ll give her credit because she did it and she made it look easy

To other artists like myself I really just suggest keeping grinding keep working harder and harder every day because you never know when the opportunity is going to land in your hands and the door is going to open that you could walk through and change your life forever so never give up on your dreams and always keep working and striving for what you are most passionate in whether it’s rap whether it’s being doctored whether it’s being a lawyer anything really you just got to strive for greatness in anything that you do.

DBG Heartless gained a lot of followers on his TikTok page with 21.8k followers after his single “All Talk” received a substantial amount of views and a dance challenge emerged called the All Talk Challenge. Several TikTok users attempted to practice and conquer the challenge. This boosted his page overnight and he woke up to a mass of new followers and fans. DBG is consistently posting new challenges and going live to interact with his new fans to show them new music and content with new challenges to complete.