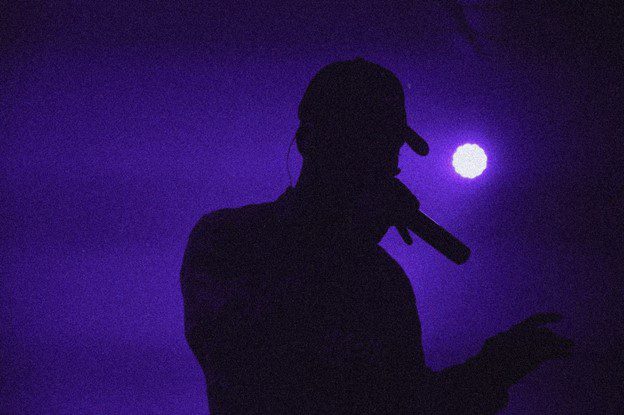 Rxchie has played some of the most well-known animated characters on TV, both male and female but fans may not know all of his best roles.

Rxchie’s voice work covers a wide range of animated shows, movies, and video games. The actor is very talented in creating distinctive voices that sound very different from each other. Minus his voice acting, Rxchie has also played roles in many sitcoms and live roles.

Cooper originally began his career as a voice impressionist and participating in local talent shows and church plays. Cooper went on to create a youtube channel where he posted content such as voiceover gameplays, and voice trolling videos. He became known for his many celebrity impressions, including Barack Obama, Chris Rock, Donald Trump,  Denzel Washington, and more.

Rxchie also does voices for characters like Black Panther, Venom, PennyWise, The Joker (Heath Ledger), The Joker (Jared Leto), Family Guy, Bane, and more. After the back-to-back death of his grandparents, who he lived with, Rxchie has then deleted all videos from his youtube channel and deactivated all social accounts.

in 2013, Micah was contacted by DONTNOD Entertainment and was credited for voicing in the award-winning popular video game REMEMBER ME. Rxchie’s voice work is, today, prominent in many video games, including Deathloop, Life is Strange, Hitman 3, and Outriders.

came on the music scene

Remember Vine? The six-second video app?  Rxchie started posting clips of him singing to Vine in 2013. His first video was a cover of “I feel good” by James Brown. He went from Vine celebrity to teenage heartthrob and hanging with Miley Cyrus all in a matter of years. media outlets obsessed over the fact that, in Sia-like fashion, Rxchie kept his identity hidden. In-person and in photographs, Why did he do that? it’s not about stage fright or shyness, Over and over again, he explained he wanted his music to speak for itself and to be the main focus. When he was 11 years old, Rxchie was called one of the most talented kids in America. It’s not only because of his soulful voice but also because he plays several instruments at a very young age. Rxchie’s singing voice never leaves the crooning range from which it begins.

Beyond being a multi-talented artist, Rxchie’s rise to stardom could be heavily contributed to his Family. During high school, he was a quarterback for his high school football team. Rxchie always loved to sing, and with video games Call Of Duty and competitive sports all being major passions for him, singing remained his biggest source of inspiration and self-expression. It took a lot for Rxchie to reach the level of success he’s achieved. Things weren’t always easy for him growing up, He didn’t fit into the crowd, grew up underprivileged in the 662 area of Mississippi. Rxchie’s hometown in Mississippi maintains a national profile so low that he can credibly describe it on his album as “a place folks didn’t know exist.