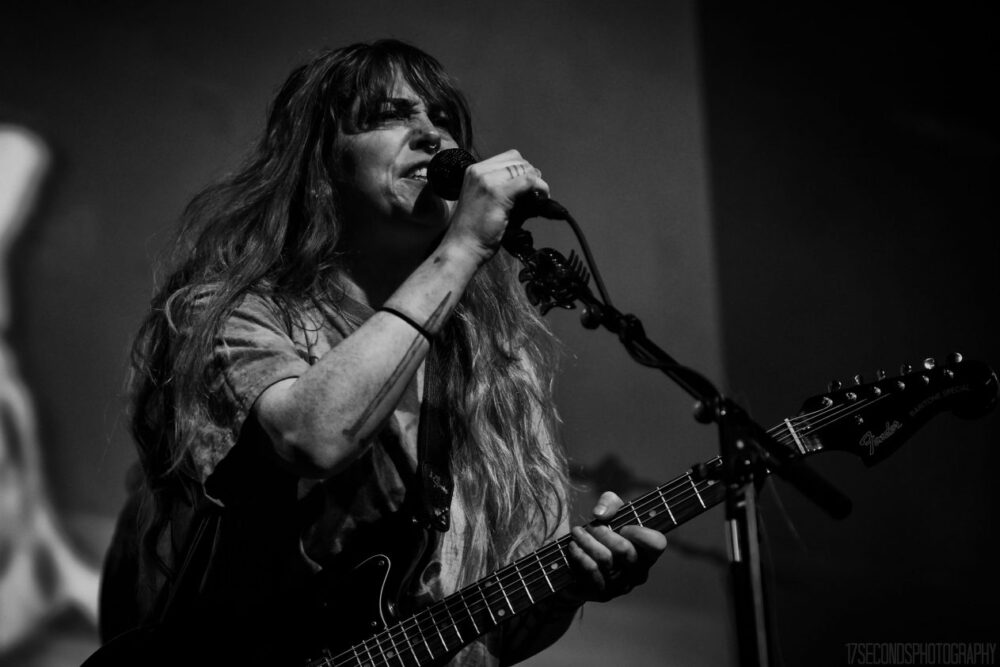 Baton Rouge, Louisiana’s sludge outfit Thou got together with one of post-rock’s premier female vocalists to record what promises to be a doom/sludge masterpiece – the forthcoming album, May Our Chambers Be Full, slated to drop October 30.

Although the two currently available tracks mirror elements of grunge and raw punk, the muscle of doom/sludge prevails.

Thou is made up of Bryan Funck (vocals), Andy Gibbs (guitar), Matthew Thudium (guitar), Mitch Wells (bass), Tyler Coburn (drums), and KC Stafford (guitar, bass, vocals). Thou’s past includes a former collaboration with Emily McWilliams, on the album Heathen, the band’s first foray into vocals untarnished by so-called Cookie Monster textures, the trademark of most of today’s doom music vocalists.

Heathen made a powerful case against demonic, guttural tones when Pitchfork named it the best metal album of 2014, which may or may not explain the collaboration with Emma Ruth Rundle.

On her part, Emma Ruth Rundle, who grew up in SoCal, and is now based out of Louisville, Kentucky, got her start in the Nocturnes, releasing an EP, and two albums. She then worked with Red Sparowes on an album, followed by dropping her own album, Electric Guitar: One.

Emma then put together a trio, called Marriages, releasing one EP and a full-length album. Since then, she’s released Some Heavy Ocean and then Marked for Death, which was inspired by Emma’s adenomyosis, followed by dropping a split, The Time Between Us, with Jaye Jayle. On Dark Horses came out in 2018. In the same year, she sang back-up on Thrice’s “Just Breathe,” which appeared on their album Palms.

May Our Chambers Be Full contains seven-tracks, of which, as mentioned above, two may be heard as appetizers – “Ancestral Recall” and “The Valley.”

“Ancestral Recall” opens on thick, opaque guitars flowing into a murky wall-of-sound topped by Emma’s ethereal, Siren-like tones. When the music ramps up to thunderous levels, Emma shifts to a raging, spewing combination of fulminating vocals. As the melody descends once again, her fragile yet redolent timbres fill the tune with aching filaments of brooding absorption.

The contrast between the wistful wraithlike surfaces and gouging snarls infuses the lyrics with both luminous and dark incandescence.

May Our Chambers Be Full bodes to be one of the elite albums of 2020 – taut with foreboding brio, somber gravity, and umbral sonic revelation.