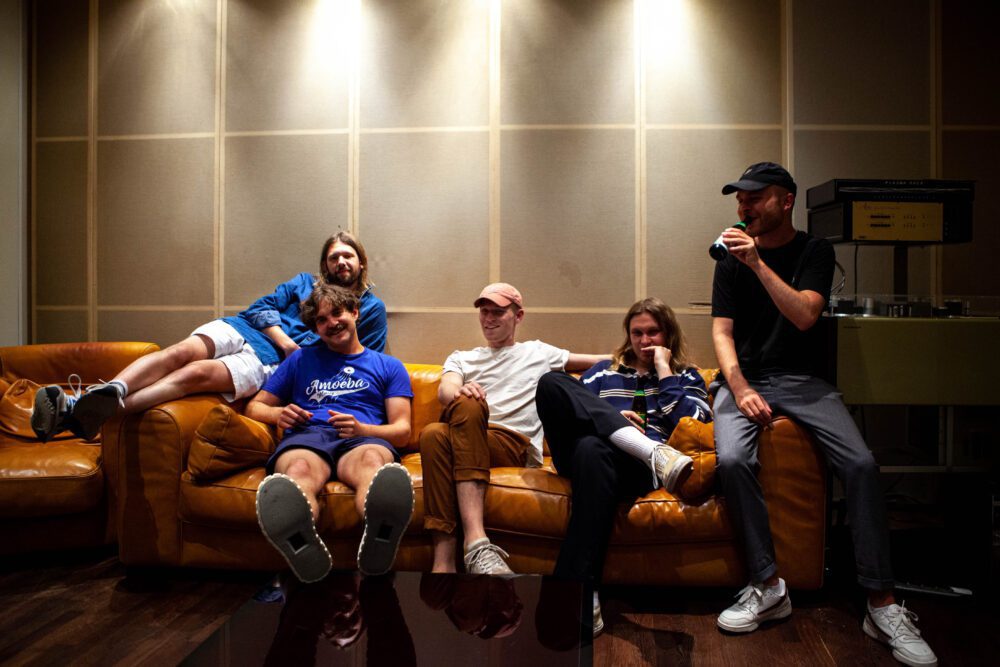 Vocalist Jacob explains the song is “an anthem to the moment of unveiling. The turning of the tides of being caught up in the hype. A person conquers your entire universe only to be stripped down from the altars of supremacy by a poorly pronounced word of high school French. It’s embracing this moment for three minutes and twelve seconds. The death of the honeymoon. The hashtag has no filter. It’s Kim Jong Un queuing for milk at the supermarket. It’s judgmental and lacking any self-reflection. It’s naive, confident, and catchy. A lethal combination.”

After dropping two EPs on their own, Two Year Vacation signed with Hamburg label Clouds Hill and Warner Music Germany, and then dropped their debut album, Slacker Island, collecting over four million streams, followed by a European tour and dates in the U.S. and the UK.

2020 saw them drop two singles, “Don’t Know Anybody Else” and “Never Been To Paris, as well as their EP, Bedroom Rock, which formed part of their second album, entitled Laundry Day.

Media pundits called the band “Sweden’s own Vampire Weekend,” and Concrete Online wrote, Two Year Vacation is “one of the best bands to originate from Sweden since ABBA.”

At once captivating and teeming with bubbly energy, “Majored In Broken Hearts” hits center mass of brilliant pop music.