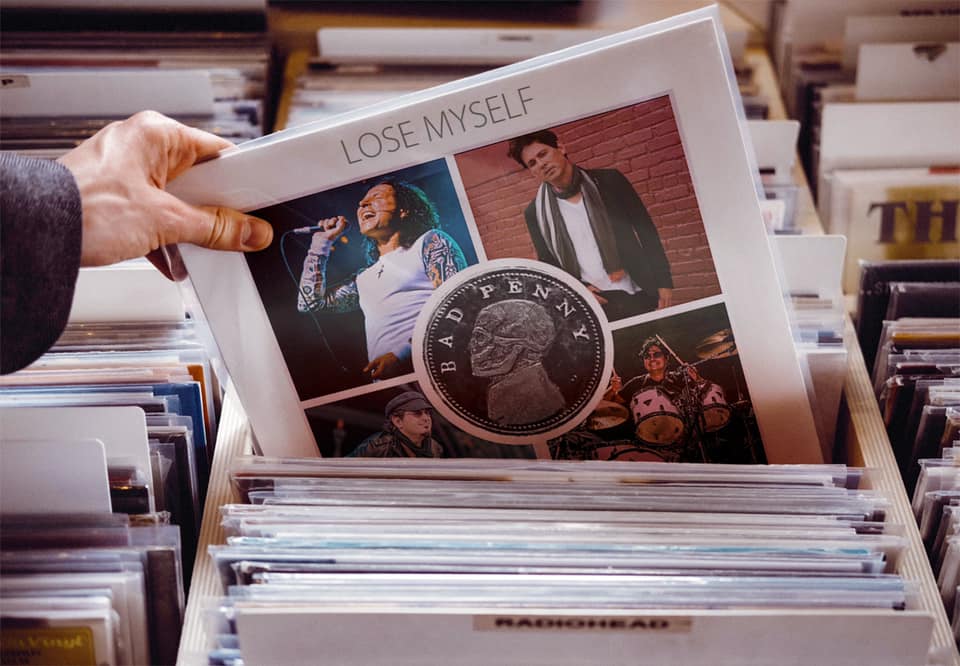 Bad Penny recently released their third single and the music video for “Lose Myself,” a song narrating the yearning passion of love.

A supergroup, Bad Penny got together last year during the pandemic, which brought touring and live concerts to a screeching halt. Made up of Steve Augeri (former lead singer of Journey), Todd La Torre (frontman of Queensryche), Danny Miranda (former bassist of Queen and currently with Blue Oyster Cult), Jules Radino (drummer for Blue Oyster Cult), and Mike Holtzman (guitarist and project architect), the band released “Voices in My Head,” followed by “The Mirror Lies.” “Voices in My Head” went on to grace MediaBase’s Top 40.

An authentic ballad, “Lose Myself” offers the grand elements of great rock ballads: down-tempo, low-slung verses building to a potent chorus, and measured percussion, along with lush, soaring vocals.

New York WUSB-FM radio’s Verlaine Hell aptly described “Lose Myself,” saying “Phenomenal. If you didn’t know better, you might think this was a Journey classic that you somehow missed.” While the Real Music Observer asserted, “An absolutely stunning song, This gets not one but two ‘holy crap Batmans!’”

“Lose Myself” opens on a soft, dazzling piano, followed by the entry of Augeri’s opulent voice, plush with quixotic tones. At once gentle, tender, and tantalizing, it’s one of those voices chock-full of aching adoring textures and palpable emotion.

On the chorus, the harmonic mousse up to luxurious layers of gleaming notes as the melody undulates with throbbing pulsations, giving Augeri the sonic scaffolding essential to turn his sumptuous voice loose, elevating to deluxe nuanced timbres.

The video, directed by Foad Farid, depicts a beautiful woman walking along through the streets of a big city, and then shifts to her strolling across a verdant field. Finally, she is shown moving along a beach as the ocean rolls nearby. The dominant trait of the visuals is the look on the woman’s face – searching and waiting for her lover. In the final shot, a man’s hand takes hold of her hand.

Wonderfully wrought, “Lose Myself” is a confection of pure elegance.