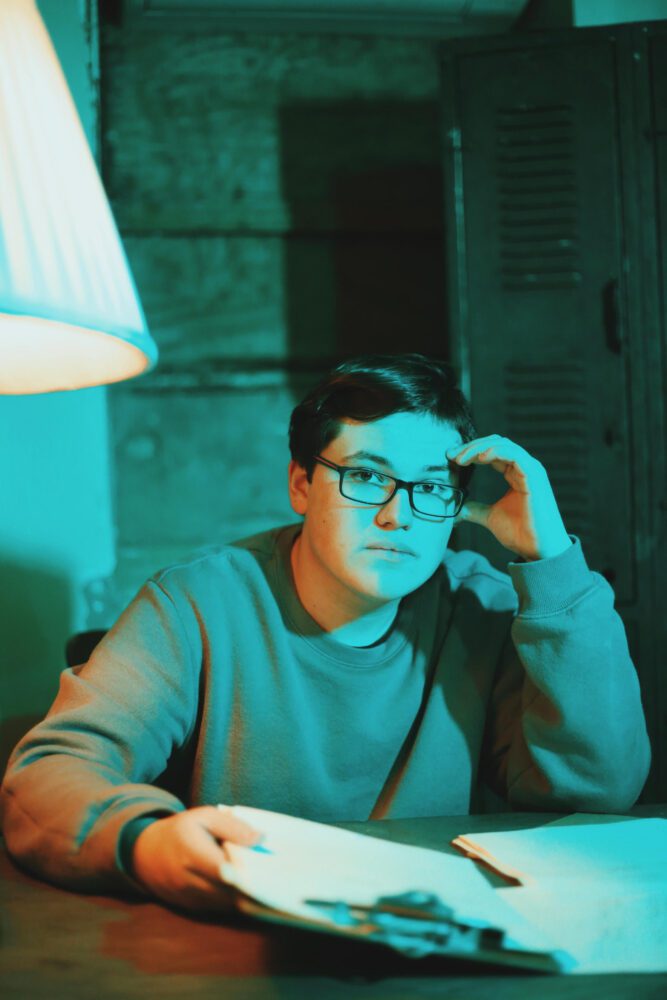 New York-based singer-songwriter Robert Eberle introduces the music video for “Novocaine,” a song about the numbing effects of a relationship.

Explaining the song, Eberle shares, “‘Novocaine’ narrates a broken relationship. Now that it’s over, the protagonist is picking up the pieces. As he looks back, he realizes their romance was like a teeter-totter – up, down, up, down. He doesn’t know whether he really loved her or not, but one thing is certain: like Novocain, she dulled the pain.”

Produced by Donnie Klang, who won Making The Band on MTV, and who has worked with Sky Katz and Madison Beer, “Novocaine” was written by Robert Eberle. “Novocaine” follows on the heels of Eberle’s previous single, “Gone Goin’.”

At once intimate and naked with his powerlessness before the potency of love, the lyrics narrate the wicked brink between adoration and toxicity. While the song emanates emotional shadows, there’s a glimmer of light – he now recognizes the gulf that separated him from his lover.

“I was up for the challenge / It was hard for me to stay / I’m telling you I’m sorry now / Cuz I’ve taken the other way … Your love is like novocaine / Beating me up somehow / I think I love you now.”

Heartbreaking and at the same time tender, “Novocaine” reveals the complex facets of human passion.