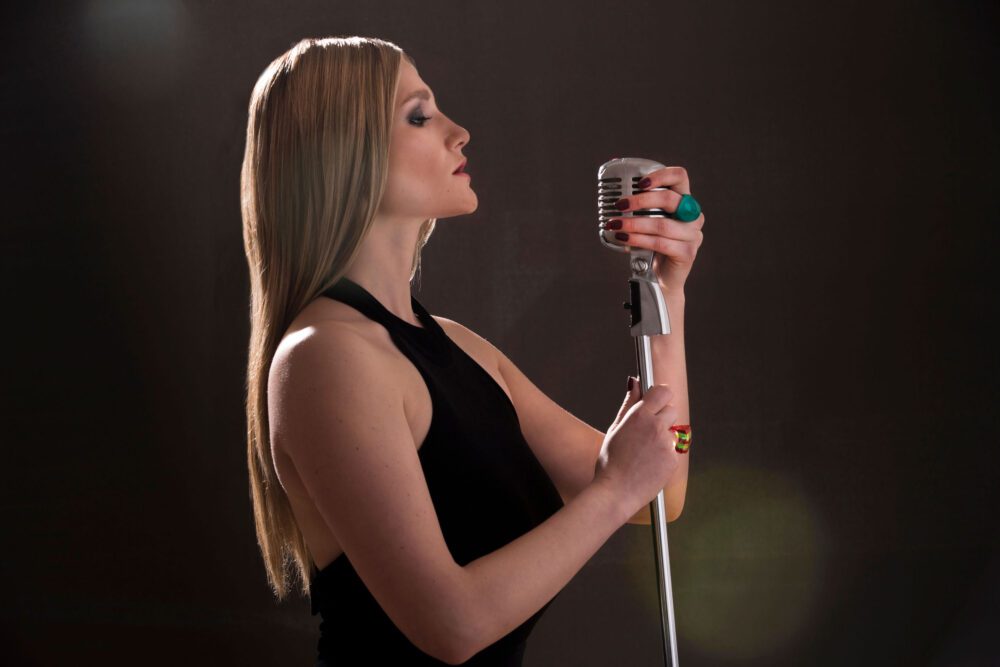 Talking about Land of Honey, Gwynn shares, “It plucks snapshots from life experiences—most of them my own—in order to craft a piece of art that takes the listener on a journey throughout either a person’s entire life or the arc of a traumatic or formative event in one’s life.”

Immersed in music from the age of 6, when she began singing and playing piano, Gold later attended Indiana University, where she studied classical music and opera under Wolfgang Brendel, a celebrated opera singer.

Gwynn explains, “I wrote all the music for this album, and some of the lyrics while I was being trained as a classical singer in high school and then Indiana University. I approached this album as dipping my toe into the pool of creative expression in this form. I ended up diving in full force and dropped out of college in order to fully pursue this dream.”

Recorded at The Vault, a studio that was once a bank vault, and produced by multiple Grammy-winner Jimmy Hoyson, “Teardrop Tattoo” and the album features a who’s who of musicians, who have worked with artists such as Bruce Springsteen, Bob Dylan, Keith Richards, The Allman Brothers Band, CS&N, The Doobie Brothers, and David Bowie, among others.

Speaking to “Teardrop Tattoo,” Gwynn says, “It is a lighthearted coming-of-age song set in a New Orleans jazz bar. It contrasts a carefree and whimsical attitude with the cutthroat mindset of that genre. When I went to write the music, I knew it needed to be an upbeat sound that made people want to dance and party all night long.”