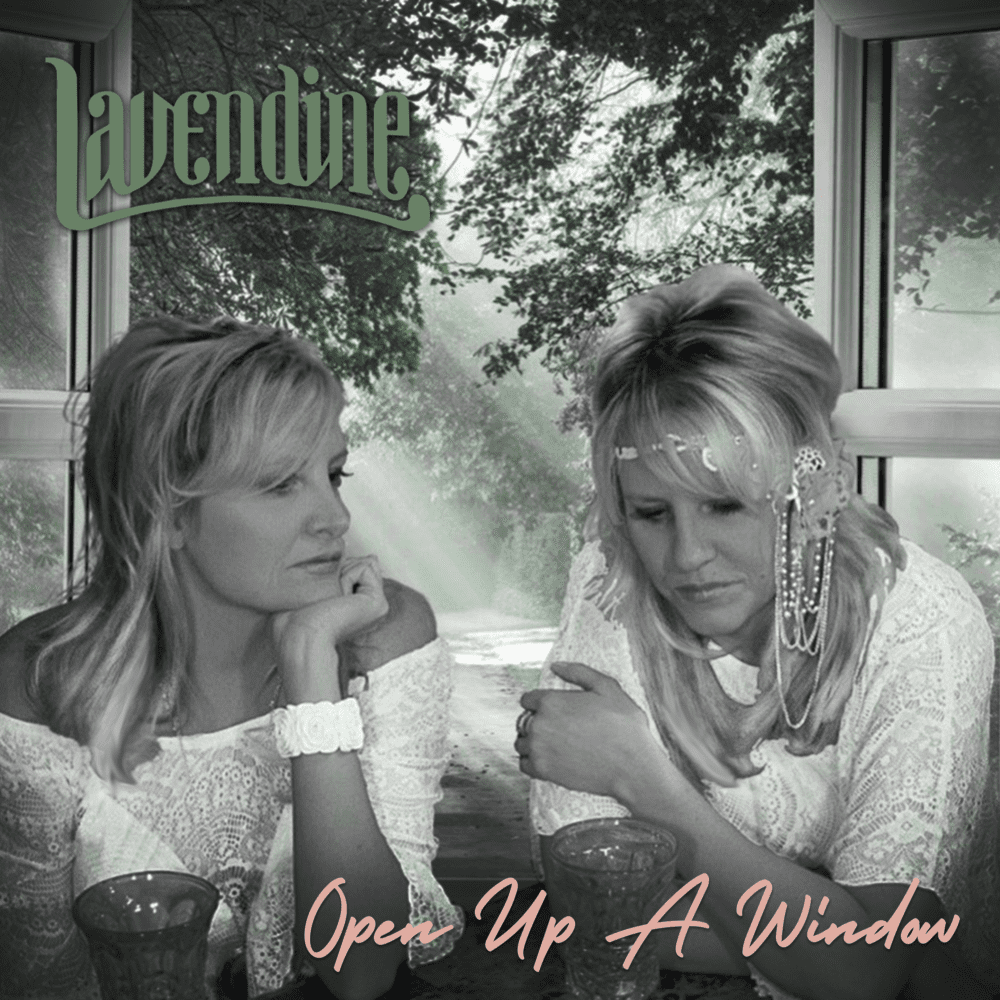 Oklahoma-based Lavendine, made up of twin sisters Jacy and Jana Ayers, unveils the lyric video, “Open Up A Window.”

Speaking to the song, Jacy shares, “More than any other song we’ve written, “‘Open Up a Window’ has an underlying message of hope and we want to give listeners the sense that things may look bleak, but they will get better. Bishop T.D. Jakes has talked about the trap of getting caught up in the hateful middle of a difficult circumstance and not seeing that God can open us up to the end so that we can step into the promise. We don’t always hear people talking about the hope part of it. But Jana and I have kept moving forward and those underlying themes of perseverance come out in our writing.”

Jana adds, “Looking outside the window of your pain helps us see that we might be our own problem, and when we stay positive through all of our struggles with doubt and negativity, God will open us up to change. You can open up to that little glimmer and give yourself one more chance to believe in something good. You can crack that part of your heart open and give yourself a chance to believe in the possibilities of love and dreams again.”

Written from an intimate, illuminating perspective subsequent to harrowing circumstances, “Open Up A Window” follows on the heels of the duo’s debut album, Feel My Way, and their hit song, “Rapture,” which charted in Mediabase AC’s Top 25, BDS/Billboard AC’s Top 25, and took the number one spot on Mediabase AC’s Independent Artist Song Rankings.

Lavendine’s previous singles, “Maybe I Might” and “You Can’t Change My Mind,” likewise rocketed up the Mediabase AC and BDS/Billboard AC charts. Amid the acclaim and applause, Lavendine appeared in the limelight – the Artist Spotlight on Jim Brickman’s nationally syndicated radio show.

Jana and Jacy are women of faith, who grew up in church, leading most to assume they would find success in Christian Contemporary Music. Yet when they went down that road, they confronted impassable barriers, even as it looked like they were being encouraged to enter the world of pop music.

After witnessing the mainstream popularity of “Rapture,” the sisters now believe they were guided into the world of pop music for a reason.

Jacy explains, “Just like the title says, it’s opened us up to a new season of creativity and we’re excited about the new songs we’re working on that we plan to release soon. We don’t know the future, but we’re grateful and humbled to be back making music.”

At once delicately beautiful and exquisitely laced by lustrous harmonies, “Open Up A Window” is one of the best alt-pop songs of the year.