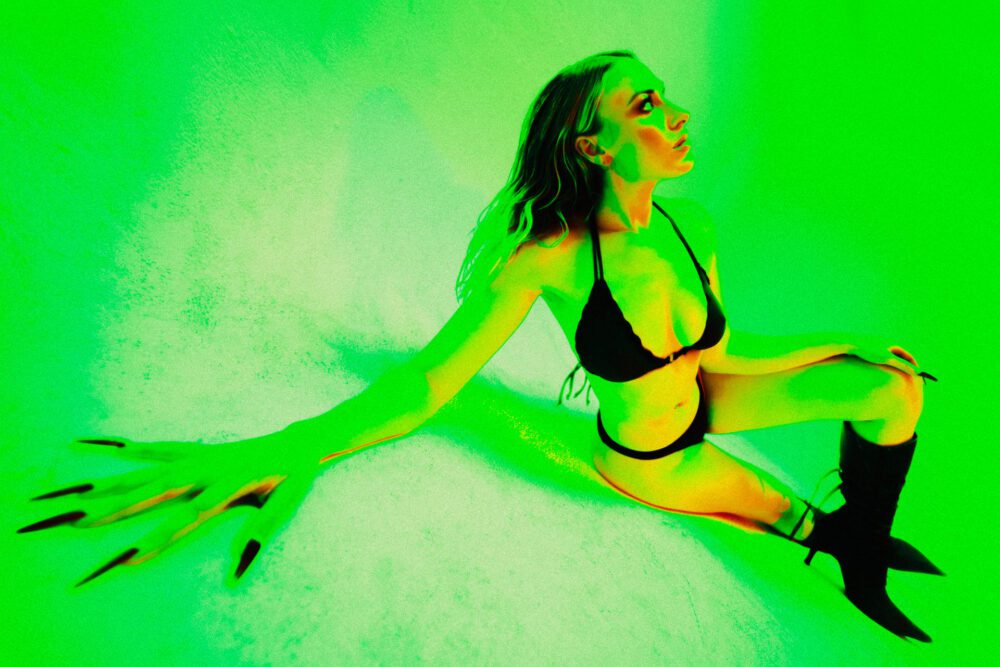 Singer-songwriter and producer Anjelica and RMR join forces on the music video, “Haystack.”

Anjelica explains, “I remember first meeting RMR at my birthday party, he asked me if there was going to be any featured artists on my releases and I jokingly replied, ‘maybe you.’  A few weeks later we ended up getting in the studio together and recorded ‘Haystack.’”

The only child of a single mother, Anjelica was raised to believe in the divine. When her mother passed away suddenly, Anjelica entered a cusp of transition – she woke up one day incapable of singing or speaking. The disorder didn’t go away, and the doctors were stymied. Eventually, she was told her condition could be permanent. She might never speak or sing again.

No one to roll over and give up, Anjelica determined to heal herself. Traveling to a distant location, she sequestered herself and spent her time in meditation, as well as past-life recall, plant medicines, and other lysergic substances. After a while, messages from angels, and extra-terrestrial beings arrived. Then she underwent out-of-body experiences.

Gradually, her voice returned, only it wasn’t the same as before. It was more soulful and more powerful. Incredulous, the doctors termed her recuperation “spontaneous regeneration.” The miracle served to amplify Anjelica’s acceptance of the divine.

Without warning, she switched from singer-songwriter to producer, even though she had no previous experience in production. She calls her process of innovation “100 percent intuitive.”

At once smooth and alluring, “Haystack” oozes seductive energy and the oh so luscious voices of RMR and Anjelica.