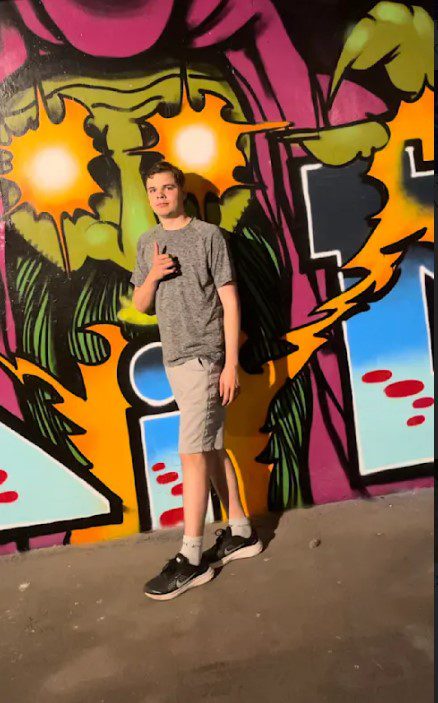 Matus a.k.a. Crazyaimone is a talented 20 years old upcoming rapper – singer-songwriter – artist and performer who was born in Slovakia but he lives in Denmark for the past 15 years. He has been making music for the past 2 years but he decided to put all his effort into his music and his rhymes in the last few months.

The young songwriter decided to bring a bigger vision to life while he was building his own home studio and started working with professional producers. Crazyaimone was getting better and better, he was perfecting his craft while tragedy stepped into his life.

The artist lost his mother, a year ago, at the age of 55. That was the worst nightmare and he almost stops making music when one of his close friends remind him that he should not stop to do what he loves and got a passion for it. So, he doesn’t quit, Crazyaimone

Kind of a funny story I was in the shower and then it came to my mind.

When I was in my old school, they had a small studio Start making some music maybe it was trash Back then but I’ve improved and I’m one step closer to reaching the chats.

I just follow my own flow. I try to be unique in my own way. I’m trying to bring in a new division to hip-hop.

Took us a few months to get it up I wrote some lyrics, and my Producer also wrote some OF the lyrics since I featured my produce Been in and out of the studio for several months and now we have a hit song that’s called HIJACK A JET.

A year ago I lost my mom to a deadly disease. She became 55. I almost quit making music but one of my close friends said I should keep pushing and I kept on pushing and now I’m on repeat.

I’m not saying, I’m the best, but I keep on improving my skills and hoping that one day I get signed to a major record label I keep following my dream till I achieve it.

My plans have I just released HIJACK A JET and I’m planning on next month, releasing a fully mastered version of it and then I’m also planning on releasing it. A single where it’s gonna be a trap African, style beat with amazing lyrics that will make you dance and go on the dance floor I’m looking forward to next year when summer comes I will have my first real concert and I’m gonna keep on pushing and grinding even if it means some days I have to stay 24 seven I still do whatever it takes to achieve success, and next year middle of the year I’m planning on releasing an AP, or maybe an EP.

I would love to shout out my designer his Instagram is 2ivan7m he was there where I begin
He was the friend that told me to keep focusing on my dream without him, I wouldn’t have been where I am today also my Producer his Instagram is idrisshh who used to work together when I was working at my old job we hooked up and we gonna make history together.

They can find me on Instagram, my stage name is Crazyaimone I’m on all types of platforms, and social media wise, I spent the most time on Instagram and I also have a Linktree where I can easily find my Spotify, Apple Music, and any other streaming platform out the
Linktree link https://linktr.ee/crazyaimone

I would say if you are in a struggle if you’re dealing with lost ones or any other type of situation where you think about giving up.  I’ll say to you lift yourself up put yourself together and you will achieve success when you follow your dream money will always find a way later on
So never give up.