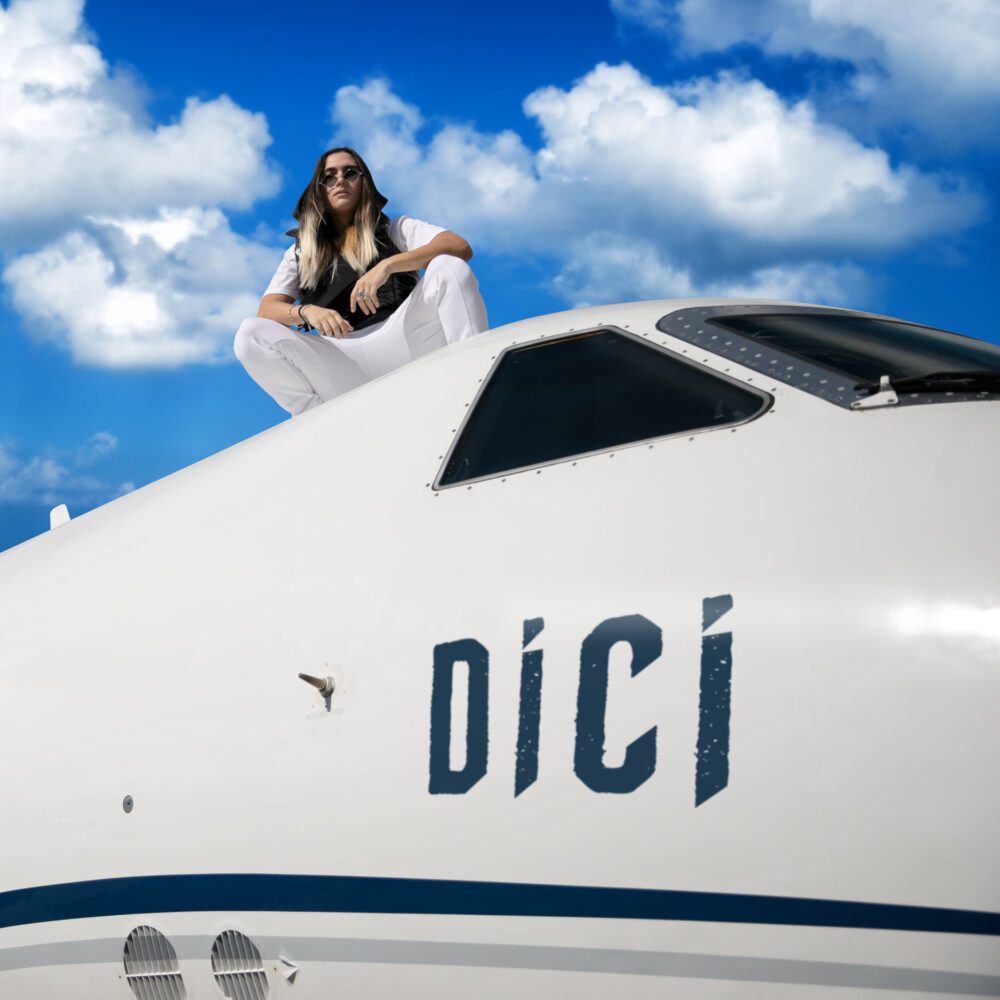 The project’s genesis occurred during quarantine last summer when Dici decided to master his Pro Tools rig. Watching a video by celebrated producer Kenny Beats, he devoted 12 hours or more every day for a month to become a whiz at the rig, followed by laying down 15-tracks.

According to Dici, “By the end of July, I was starting to feel restless. Going through YouTube one day, I found the Kenny video. He was talking about how before he was famous, he had locked himself in a room and worked all day long. Everything was about work ethic. It hit me that I’d wasted half the summer. After I watched that clip, I literally dedicated 12 hours plus every day to music – waking up, doing music, going to sleep, on repeat. I made a lot of progress on the tech front, too. On the track ‘305-Interlude,’ which combines two different songs I wrote, I only used my computer and gaming headset. I’d gotten Pro Tools in March and had learned it well enough to use it on the other four tracks of the DICI EP.”

Rather than release his music independently, Dici assembled funding to start his own label – DICI Records, which is not a fly-by-night company, but the real deal, a corporation replete with distribution channels, PR, photo, and video production.

Dici explains, “I’ve always found satisfaction doing creative things and getting rewarded for it, and my rap career is no exception. My family has been super supportive of what I’m doing and realizing that so many talented artists don’t have this kind of support makes me eager to use my future success to help others get started, including giving away free studio time and recording equipment to those who need it. I enjoy reflecting on this crazy year, where so much seemed to happen by sheer coincidence to get me where I am right now – from recording on my headphone and X-Box to now.”

Trilingual – fluent in Italian, Japanese, and English – Dici was born in Italy and lived in Milan until he was five-years-old, followed by moving to Miami, with frequent visits to Japan, including attending school in Tokyo for a time. His distinctive cultural background – Japanese mother and an American father – imbue Dici’s music with inimitable renaissance savors.

“Vector” rolls out on eerie, glittering hues rolling into a booming, low, and banging beat backed by orchestral intonations, while Dici dishes out his potent flow and smart verses.

“Bar For Bar” allows Dici to strut his dazzling flow, full of beaucoup rapid-fire dope stanzas: “Cruisin’ down the street with my new popped collah / I look like a scholar / And I got the gualla / So bitches they holla / They straight from Valhalla / I’ve been cruisin’ in the whip going 30 tho / I’m with Johas that’s my bro / Ima keep on rapping to achieve my goals / And ease my soul.”

The ultimate track, “Shibuya,” is electrified by Dici’s clever freestyling flow encased in tangs of jazz-rock and Japanese nuances. The rhymes on this song sizzle with luscious couplets.

Although he’s only 17-years-old, Dici clearly has it going on! The level of achievement displayed on Dici is without contemporary equivalence. Ooh, la la!