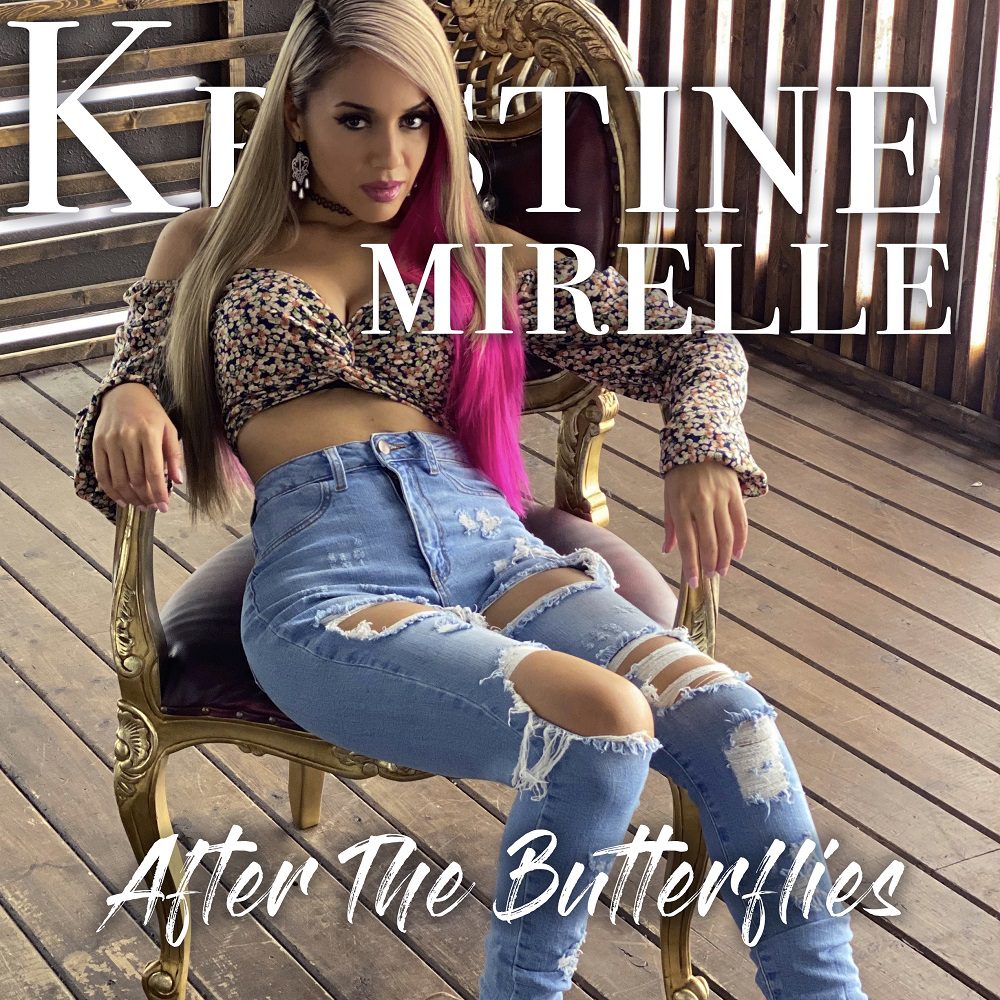 We had the privilege of sitting down with Kristine Mirelle who is known for building her own independent music career while selling her music door to door! We chatted about her untraditional methods and why she embraces what it’s like to be called a “music hustler”.

You are known for going “door to door” selling your music. What did you do exactly?

Well, when I first started recording music I had no idea what to do with it once it was done. I had no clue how to sell it, market it, or how to get it “heard” I didn’t have much money, and when you’re in a position where you HAVE to figure it out, you just start with whatever comes to mind I think that can produce results the fastest. I just thought, “I’m going to knock on people’s doorsteps and ask them if they want to buy a CD”.

What would you say when they opened the doors? And how did you choose neighborhoods?

I would often drive 200 miles to the nearest big city. I would sleep on people’s couches or stay in Motel 6’s and during the day I would try to find neighborhoods where there were lots of houses positioned very close to each other.

I knew I could reach more people quickly this way than if the houses were spread out. I eventually invested in a little electric scooter which helped me get to the houses even faster.

It’s pretty hilarious when I talk about it now. All the neighborhood kids thought I was cool cause I had a scooter so I often made friends with the children riding bikes or playing outside. They would follow me from house to house and keep me company.

When people opened their doors I would just explain to them that I was a local singer who was trying to build a music career. I told them about how I recorded my own CD and asked them if they would be interested in purchasing one. If they had a piano, I would offer to play for them and sometimes I even sang on people’s doorsteps.

That sounds incredible! What was one crazy story you have from that experience?

I once was chased by this pit bull. I had knocked on a door and he came running out from the back yard. I had a bag of CD’s on my shoulder and I sprinted to my electric scooter. I took off as fast as I could.

I thought I was going to die lol. Across the street, there was a guy sitting outside drinking beer and watching the whole thing go down. The pitbull was gaining on me and my electric scooter couldn’t go any faster. Just when I thought I was done for, the dog turned around the let me go on with my day.

How long were you selling your music this way before you were able to make a substantial living in music?

I sold music door to door on and off for about 8 years or so. I knocked on thousands of doors in my lifetime. It’s funny because people often email me or contact me on social media to let me know that I knocked on their doors many years ago. They’re always happy for me and how far I’ve come and I always express my gratitude for helping me along my path.

What advice would you give to other artists trying to create a successful music career as you did?

I think it’s just important to know that with any business, it’s something you have to work at every day. There’s not always a clear “this is how you become successful” path and everyone’s journey will be different. I was just willing to work very hard not knowing what my future held. If you’re willing to take risks for something you’re passionate about, then stick with it. But if that’s something you’re uncomfortable with, I don’t recommend it.

You have a new music video out and new music coming! Tell us about that!

I just released a new music video called “After the Butterflies”. It’s my first single since I had my son so it’s been special to me since it’s been a few years. I plan on touring a bit and performing again once venues open up, and I’m excited because my new album has a few platinum artists and producers featured as well as old friends whom I’ve worked with for many years. Some of them include multi-platinum artist Baby Bash, Billboard-charting Frankie Moreno, French Producer Mercutio, and Platinum Producer Cesar Alan.

Awesome! We will be downloading and checking out your music! Last, You just launched a new program called “Music Hustler” to help musicians build their own careers too. Tell us about that and how you came up with the name?

Growing up, everyone knew me for selling something at all times. I was selling chocolate and burritos in high school, gift baskets and tortilla chips, candles, and anything so that I could make money to pay for studio time and music expenses.

I wanted to create a program so that I could work directly with artists to help them build an independent music career as I did. I have always felt very lucky to make music for a living and love to show others how they can do it too even if they don’t have a record contract, manager, big social media, or even a hit song.

So I created a program called “Music Hustler” where I meet with artists once a week and cover popular questions like how to get published in magazines, or how I’ve booked myself on major television networks like FOX and NBC. Its been really awesome to get to meet everyone and help them directly.

That’s awesome you’re giving back to the music community! Last, where can everyone find more about your music and the “Music Hustler” program!

My music can be found on my website at

http://www.KristineMirelle.com and on all streaming platforms (Itunes, Apple Music, Spotify)

Artists who want to join my Music Hustler Program can go to: