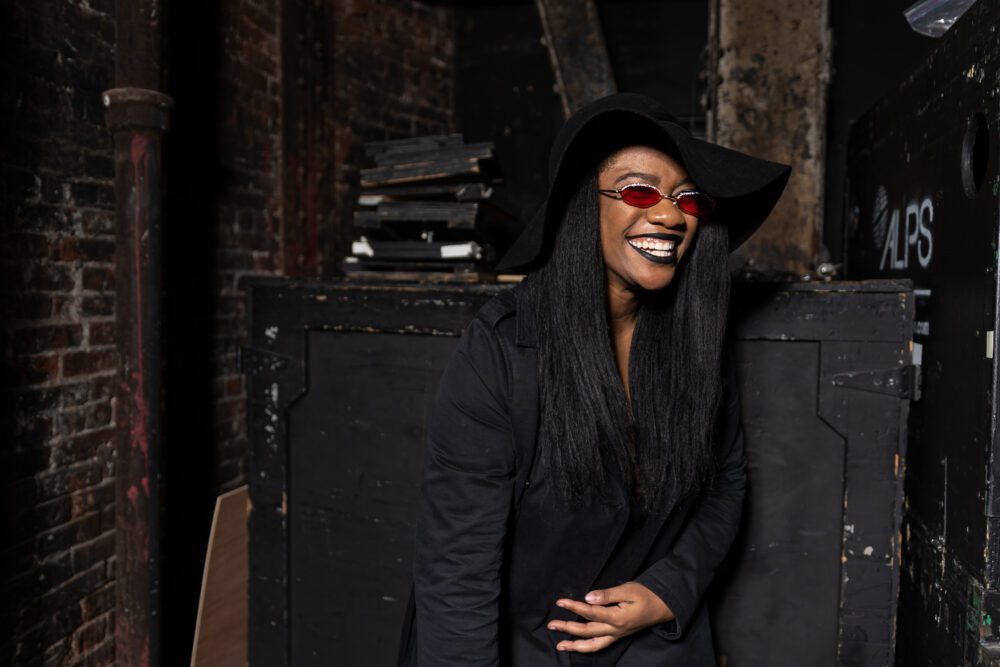 Red Shaydez is a multi-faceted, boxer robe-wearing bully of a hip-hop artist and the queen of cool, whose lyrical prowess leaves nothing standing in its wake. She’s not next. She is now!

She exploded on the scene with the release of her debut album, Magnetic Aura, landing features in Boston Magazine, Dig Boston (who dubbed her the Coolest Rapper), Shade45, The Boston Globe, Thisis50, and ThisisHipHop Weekly, as well as several indie films.

For the video, Red Shaydez hooked up with director SnapsbyKat, who depicts Red Shaydez playing a variety of roles, from student to gold medalist to passing the offering plate in church. Her souped-up flow, at once audacious and confident, gives no quarter, hitting hard.

“Where do I start? / Stay to myself / I don’t what a problem is / I checked my dm / Damn you should em’ / They filled up with compliments / Trust me I’m proud of it / I receive love cause I always give lots of it.”

Muzique Magazine spoke with Red Shaydez to discover how she got started in the game, her challenges, and what inspired “Lemme Go Talk My Shit.”

My dad introduced me to Hip-Hop and my mom had a vast music collection of all genres. My father was in a rap group in the mid-late nineties, and I accompanied him to many studio sessions, shows, and guerilla marketing occurrences. I got bit by the bug.

As an artist, what’s been your biggest challenge so far?

My biggest challenge is always funding my music career. I have million-dollar budget ideas!

Is your sound evolving? If so, in which direction? Toward R&B, trap, or some other direction?

My sound is evolving to whatever genre I see fit. So far, I’ve dabbled in Hip Rock, Reggae, Pop, and EDM aside from Hip-Hop.

I work closely with the youth so I’m always amongst the trends while staying true to my core. They keep me up to date on what’s out.

I always write to the music. I always come up with a flow with inaudible words and then fill them back in with words and a story that makes sense. The music dictates how and what I say.

Although making music is very therapeutic for me, I do it to impact others and lead by example.

What was the inspiration for your new single/music video “Lemme Go Talk My Shit?”

My supporters were telling me to talk more confidently on my songs. I made “Lemme Go Talk My Ish” and said is this what you want? Originally when creating the video, it was to boost visibility to win my nomination for the Boston Music Awards at the time (Dec 2020). I ended up winning the award before the completion of the visual. All bets were off and video director Snaps by Kat went off creatively. We definitely were influenced by the likes of Missy Elliot, Busta Rhymes, and Tierra Whack.

The video was shot in various neighborhoods of Boston, MA.

I’d say I’m handling it pretty well, taking it day by day. I’ve been doing a lot of inner self-work.

Looking ahead, what’s next for Red Shaydez?

I am here on assignment to help the people while fulfilling my calling. Only time will tell.