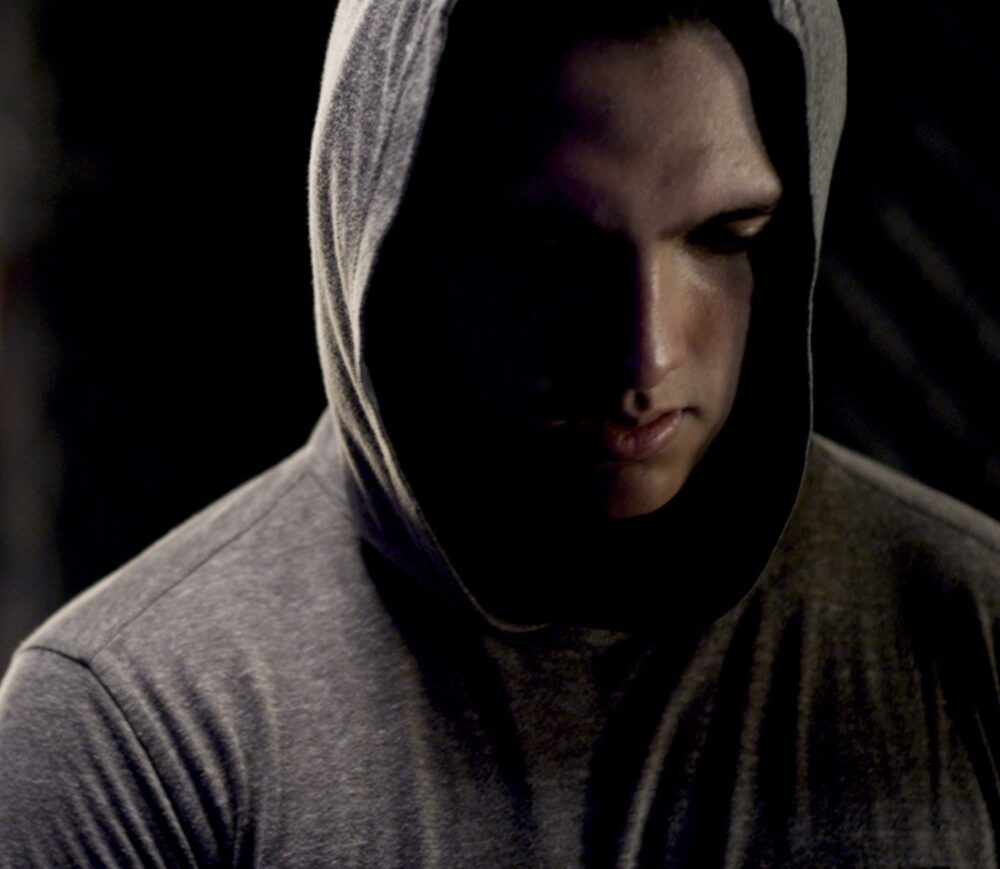 DICI began making big waves only one year ago, dropping his self-titled EP via his own label, DICI Records, LLC.

The EP made an immediate impact, when “305-INTERLUDE” hit the Chill Rap Vibes 2021 playlist, racking up more than 100,000 streams, as well as over 525,000 YouTube views. DICI’s 2021 music video, “Shibuya,” paid tribute to his Japanese heritage. Shot in Tokyo, the video employs the same visual technology used in Disney’s The Mandalorian.

Since then, DICI has been refining his production skills and writing new music, along with posting video snippets, called ‘DICI Doses,’ on Instagram. DOSES, a paronomasia on the Spanish word for ‘two,’ is the title of his forthcoming debut album, slated to drop during the fall of 2021.

Muzique Magazine spoke with DICI to find out more about the person behind the music, how he got started in the game, and the inspiration for “Five Rings.”

I started doing music in 4th grade when I started playing the cello. I learned how to read and write music but I quit in 9th grade because I did not enjoy it as much as other things. One of those other things was guitar. In 9th grade, I started playing guitar along with the drums and I would use a loop pedal to make a cool background melody and I would improvise with a guitar. Halfway through 10th grade, I put a hold on music because I was busy with school and sports but in 11th grade, I started studying the production side of music. I would spend 8-12 hours a day during breaks and weekends watching YouTube and taking notes on music theory, music production, mixing, mastering, etc. This eventually led to where I am today.

How did you get started in the rap game?

I got started when I started joking at school that I would become a sound cloud rapper and drop out of school. One kid actually took me seriously and invited me to his home recording studio to record some music. I was there for about 10 hours and we recorded 5 songs from scratch. At that point, I realized that rap/hip hop is what I wanted to do. Eventually, the kid stopped inviting me to his place and started to cancel at the last minute so I moved on and learned everything on my own.

What’s the story behind the name DICI?

When I was 15 I went on a trip to Italy with my dad and brother. In Italian 15 is ‘quindici’ and since my name is Quinn and at the time I was 15 my nickname during the trip became QuinnDIci. Eventually, when I started music I felt QuinnDici was too long so I cut it down to Dici.

The song changed but I mainly stick to a few artists and do not really venture out to anything else. Lately, I have been listening to a J-Pop duo called YOASOBI. I am not particularly into J-Pop but their production in their songs is ingenious and it inspires me to learn more about music production. Another go-to artist for the car or shower is Action Bronson and “Descendant of the Stars” is most likely what I would play.

Which artists influenced you the most?

I listen to such a wide variety of artists so many different people inspire me. Mainly I am inspired by Action Bronson, Denzel Curry, Mayhem Lauren, Jin Dogg, YOASOBI, Jaden, Post Malone, King Gnu, and Trippie Redd.

In terms of overall growth I would without a doubt give it to YOASOBI. 2 years ago they put their first single on Soundcloud called “Yori Ni Kakeru” and now every single they release hits at least top 10 on Japan’s Hot 100.

I do not actively try to try to sound like myself if that makes sense. I just make melodies and drum patterns and write lyrics depending on how I am feeling at the moment. That is most likely why there is so much variation in the music I make.

What is your songwriting process? Do the rhymes come first or the music?

When I first started I would have to have some music or a beat to write music. Now I either make the music first or I write the lyrics, depending on which comes to mind first, a good hook or a good melody.

What was the inspiration for your new single/music video “Five Rings”?

The inspiration came from a book I read called The Book of Five Rings by Miyamoto Musashi. Basically, the book is about working hard and sticking to your training. In the song, I pretty much made a parallel between what the book was about and my life. I chose to make the video about boxing because I enjoy boxing and MMA a lot and it is another thing that requires an insane amount of hard work and training.

Brian Bayerl directed the video and it was shot at SOMI fitness which is where I work out 3 times a week.

There is no main message I was trying to convey visually with the video. I just really enjoyed boxing and I believed that we could make a really cool video centered around boxing and working out.

My main goal and the reason I am in this is that I know I can get to the top of the industry and will work tirelessly until I am number one. Even once I get to number one, I will continue to work until it is undeniable that Dici is at the top. My short-term goals are to continue pumping out music as well as continuing to expand, shoot more videos, and most importantly enjoy the process.