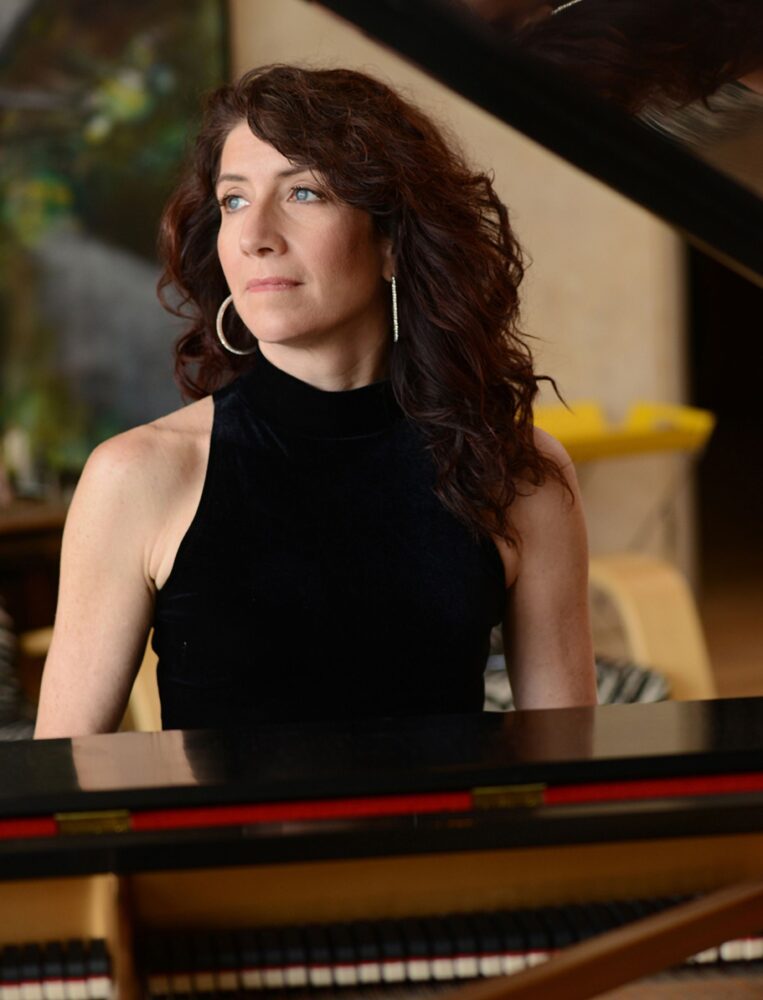 Recording artist Valerie Ghent introduces “The Angel,” a song based on Mikhail Lermontov’s renowned poem of the same name, written in 1831.

Valerie’s mother, Natasha, translated the poem, handwriting a complete score for all the parts, which was published by Hildegard Publishing in 1995. After Natasha retired from American Ballet Theatre and Queens Symphony, mother and daughter entered the studio to record “The Angel,” with Valerie singing and Natasha playing viola, violin, and Synclavier piano.

Recalling the experience, Valerie shares, “I remember my mother playing with such passion that she kept swaying back and forth, and away from the microphone! I had to move the mic to capture her expression.”

Singing in Russian, which she had never done before, Natasha “wrote out the words phonetically and coached my pronunciation,” says Valerie.

When the pandemic brought everything to a halt, Valerie had time to revisit a number of projects, including “The Angel.”

According to Valerie, “With my mother’s violin and viola moving me to tears, I restored the audio and mixed it in my home studio. I felt as though she was there, she was The Angel, carrying me in her arms and guiding me through the lost world we now found ourselves in.”

Born in Paris to parents who fled the Russian Revolution, Natasha studied at the Russian Conservatory in Paris, followed by violin studies at the Julliard, Sarah Lawrence College, and the City University of New York. A violinist with American Ballet Theatre and Queens Symphony, Natasha composed many works.

“The Angel” opens on an elegiac violin flowing into a sparkling Synclavier piano topped by Valerie’s dazzling soprano, infusing the lyrics with opulent tones. Layers of pounding textures imbue the tune with dark heft, followed by gleaming tendrils of luminous music. As the song ends, it takes on soft translucent hues, at once alluring and poignant.

Simultaneously delicate, gracious, and allusive, “The Angel” is a superb work of art.