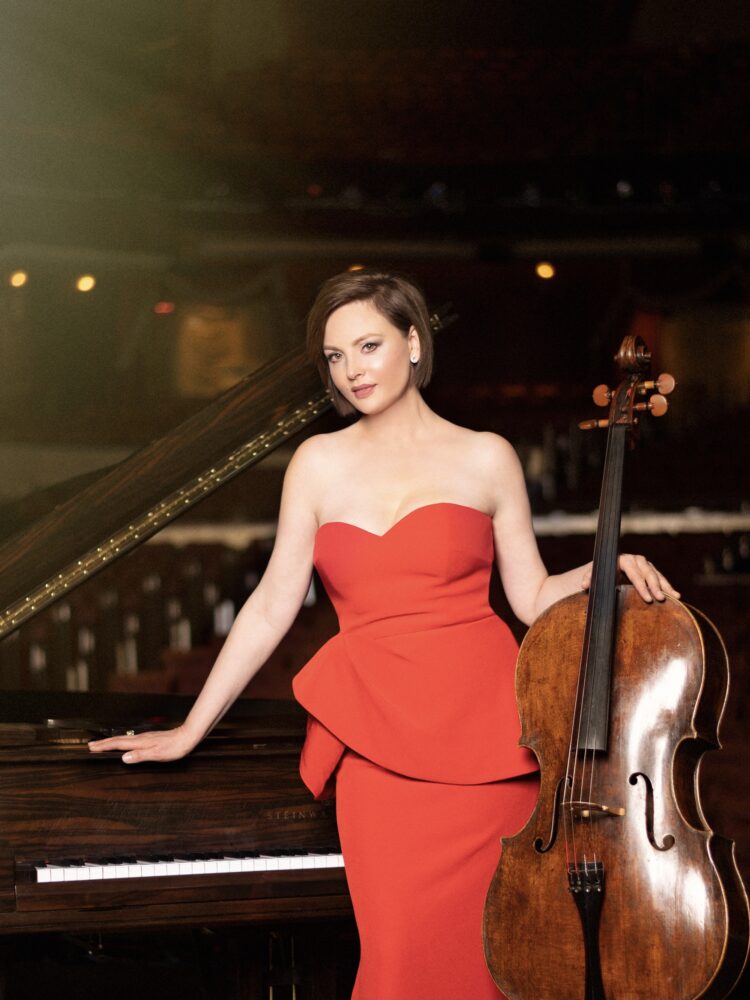 Along with the album, Nina presents an NFT with actor Robert Redford and artists Sibylle Szaggars Redford and Thomas McBee. The NFT comprises a solo cello track of the music of Max Reger from Nina Kotova’s album alongside videography by Sibylle Szaggars and Thomas McBee accompanied by Robert Redford’s narration. A portion of the proceeds from the sale will go to The Way of the Rain, Inc., an organization promoting public awareness and support for the protection of the Earth.

Made up of traditional Romantic works for cello by Johannes Brahms and Robert Schumann, as well as composer Max Reger, the album provides an enticing listen.

Highlights include Brahms’ “Cello Sonata in E Minor,” which displays Nina’s enduring feel for the vibrant contemplative flow and dynamic shaping. There’s an elegiac resolve to her use of color and timbre, giving the sonata a tantalizing spark of both melancholy and sharp urgency, at times infusing the tune with fiery essence.

The Reger solo suite, inspired by Pablo Casals’ support for Bach’s suites for solo cello, was composed about 50 years before the Britten suites. Opening on cutting, translucent tones, the “Praludium” demonstrates Nina’s dark interpretation, imbuing the tune with almost bluesy savors, at once palpably laced with lamentation and hints of the Davidic psalms.

The Schumann “Fantasiestücke Op. 73,” a personal favorite, blends José’s shimmering piano with Nina’s divinely gorgeous cello, evoking lingering nuances rife with an aura of flair held under careful control. While the “Adagio and Allegro in A-Flat,” which I have not heard before, create an iridescent synthesis of piano and cello, forming a nonpareil membrane of pressure and sound rippling with superbly buoyant emotions.

Enabled by a paucity of predictability, Nina Kotova reveals the rich hues of harmonic language through exquisite technique and her intuitive approach. The result is an impressive album.