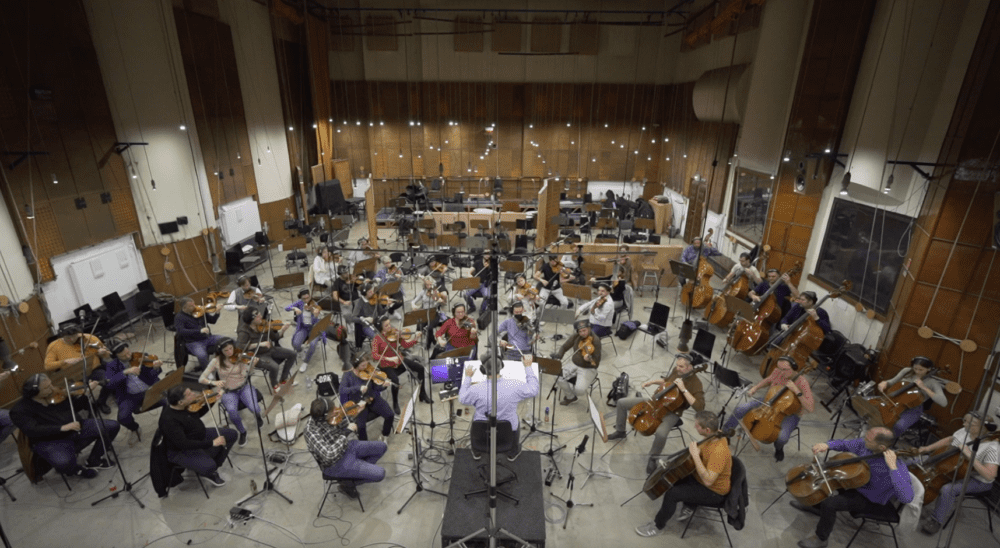 Jolene Khor:
Jolene Khor is an award-winning composer, attracting recognition for her whimsical and aesthetics-driven compositions, reminiscent of the style popularised by Studio Ghibli in Japan.

Jolene brings her classical music and jazz training, together with her passion for Japanese and Chinese aesthetics, to create a satisfying blend of East and West, classical music, and popular instrumentation.

This passion served her well during her studies when she collaborated with young filmmakers and animators at the London Film School, Royal College of Arts, and Central Saint Martins as well as at the Royal College of Music where she was trained in managing recording sessions. Jolene has also recorded her music at Air Edel and Abbey Road recording studios.

Jolene teaches Composition, Piano, Jazz, and Music Theory in London and is actively composing for the video games The Gods Fabled Soil Frontier and Towers as well as a soundtrack for the tabletop games by Emberwind.

Robert V. Lampkin is an award-winning film and media composer based in Atlanta, Georgia. His unique approach to orchestral scoring has brought him international recognition, with his most recent competition piece placing 3rd out of over 800 entries. Whilst regularly using his global music background, his inspirations often come from the likes of Thomas Newman, John Powell, Joe Hisaishi, and John Williams.

Currently, Robert’s music can be heard in various short films and games, with the most notable credits being CHICKS, directed by Jorge Rodriguez, GEORGIE, directed by Katherine Vasta, and additional music for the new Harry Potter Magic Caster Wand from Warner Brothers.

Robert’s immense passion for music and film drives him to create fresh and unique scores for every project he’s involved in.

Jolene: I started learning the piano at a young age and learned how to compose at the age of 11. It has since been a hobby of mine and I used to write short pieces for the piano or arrange existing hymns for the church.

As I grew older, I started to be more interested in Studio Ghibli films, anime, and video games, especially the music in those media. This sparked the idea of pursuing music and becoming a composer for films and video games as a career for me. I also wanted to learn about different instruments so that I understand how to use them in my compositions.

Robert: I discovered music pretty early on when I started playing piano when I was around 6, but without any lessons or guidance, so it was mostly just me bumping my head around for 5 or 6 years. Around 6th grade, I started to really get an appreciation for music in general after I joined the band on trumpet.

It wasn’t until I was a sophomore in high school that I actually discovered music composition, at which point I started to teach myself and learn by ear. Since then, I haven’t spent a day without doing something musical.

We really like the music of Joe Hisaishi, especially in the Studio Ghibli films. We hope to pay tribute to this style of music because of his early influences on our musical lives. Hinode means sunrise in Japanese, representing the beginning of the new year, 2023; and we hope to start the year off right by sharing our love of music.

Getting everything synchronized with a completely remote session is our greatest challenge in this project. We are working across 4 different timezones during the process(UK, USA, Germany, and Budapest), so finding time to discuss and work with everyone’s busy schedules has been tough but not impossible!

While working together, we found that both of us have the ability to work fluidly and efficiently, overcoming challenges and hurdles, all while learning from each other. Our ability to maintain flexibility was crucial in the making of this piece.

Jolene: I’m currently composing for the video games The Gods Fabled Soil Frontier and Towers as well as a soundtrack for the tabletop games by Emberwind, and Nomnivores Games. I’m also working on collaborations with musicians, filmmakers as well as tabletop DMs. I will be sharing these works on my socials and website so stay tuned!

Robert: This year should be pretty eventful, I have another collaboration starting up soon that we’re planning to record in Budapest as well. Currently, I’m an auditor at the LAFCI, which I plan to pursue further this fall as well as a participant (hopefully).

I’ll also be traveling to London as a part of the Joel A. Katz Music and Entertainment Business study abroad program. There are a few other projects lined up for this year that I’m really excited to share later this year!

We would like to thank all the soloists who participated in the recording: Claire Wickes, Yi Chi Chen, Brendan Weinbaum & Budapest Scoring Orchestra who performed beautifully; and of course Joe Hisaishi for creating such moving music for the world of film.