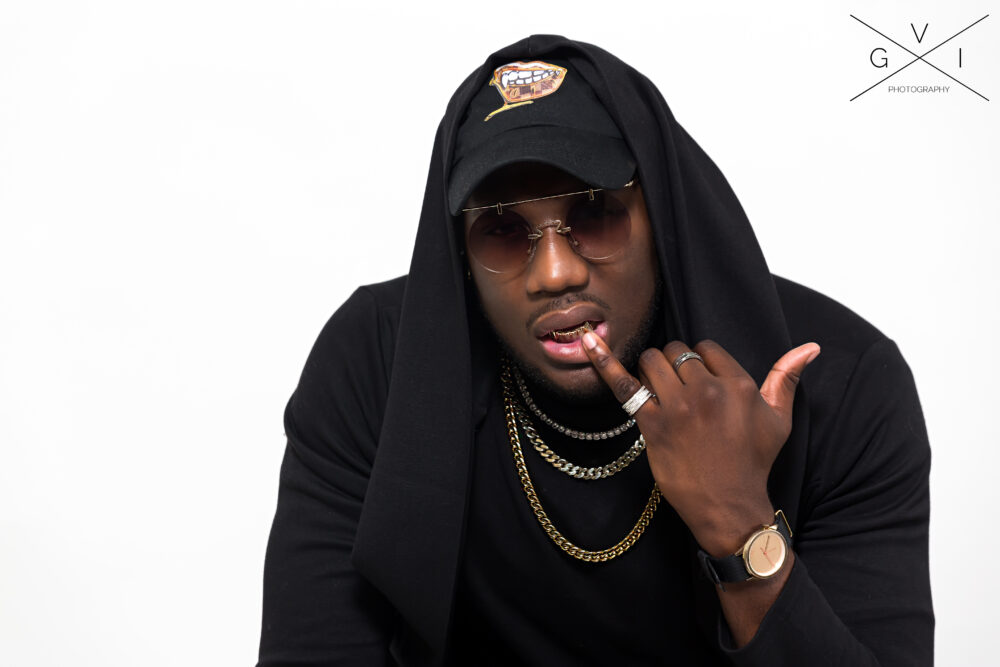 Donnelly Antoine (born October 5th 1992), known professionally as BillzTaDon is a Brooklyn born rapper, songwriter and clothing line owner. Over the course of his career, BillzTaDon has performed at multiple powerhouse shows including 105.1, Hot 97 and more. His most recent album Free Me went mainstream with one of the tracks being remixed by Afrobeat artist DJ Flex. When BillzTaDon is not performing, he is promoting his clothing line 13evst Clothing. Today we had the opportunity to chat with him about his career and his future plans.

Thank you for chatting with us today. Our readers would like to know how you first got into the music industry. What was your breakthrough moment?

Ive first gotten into the music industry shortly after my second mixtape. At the time i was performing literally left and right and gain respect & recognition from multiple people to the point I’ve performed in at shows that had people from mainstream record labels and radio stations there. Now its a bit simple due to all the people i met before due to the fact that everyone i have met back then as artists are people that throw showcases, everyone is literally one foot in the industry .

What is the story behind your name BillzTaDon?

The name BillzTaDon , man that name came from people in Highschool. I use to go to Prospect Heights High School, there were four schools in that building however the main school i was in was Global known as H.S.G.C . I always had money on me in school and people will call me Don which was short for Donnelly , so one day when people was seeing me in the hall ways they just use to call me BillzTaDon. and Tadahh came about from other friends who found it cute as a nick name for BillzTaDon by taking out Billz and the on and just shouted TADAHH. so that’s why it became my Lingo or sign of me in a record.

What has been your biggest pinch me moment to date?

Honestly there’s a lot , but what really opened the door that was unrealistic was the help of Marlon and Amanda who had a Hookah lounge here in Brooklyn And their Dj Versastyle. They heard my single “Bad Ting” and literally almost every event my song played in that lounge. The lounge will be a regular lounge by day but on weekend nights its was literally a club . then they introduced me to other club owners around in NY , they got along with me, had DJs from multiple radio stations, Celebrities Coming in and out. I started to to get numbers of all these verified people and my song is playing all over, got remix by Dj Flex, who make those afro beat mixes that people dance to on TikTok, then we had the #BADTINGCHALLENGE . I Mean the list goes on. What i love about that is these people Marlon & Amanda opened some spots and strip clubs in Miami so you will be seeing me out there to show out next.

What has been your biggest challenge as an artist?

My Biggest challenge as an artist . well the only thing is that i chose to do everything myself. I’m literally Independent to the T. Emails, Web design , Bookings, Album Cover , of course the writing of my own music. the only thing i can say i don’t do is make my own beats .

How would you describe the rap scene in Brooklyn these days?

These days , respectfully about 90% of the artists in Brooklyn are on that drill scene. which is why i put myself in a different category . Don’t get me wrong they bump but i don’t see a lot of the versatile artist , as per me i’ve done did the Hip Hop / rap, Dancehall island and R&B vibes. and still want to break out more.

Which artists have influenced your career and why?

So the artists that made me start my career was no other than , Lil Wayne , Drake and Nicki Minaj. since Highschool i liked the whole metaphorical way Wayne was making his music. his lyrical ways is what made me rap in the same way, when ready people do say i sound just like him, like if you ever listen to my “Megaman” matter fact most freestyles on my First and second mixtape you will say i was Wayne. Drake was one of my next favorites due to his switches in songs, from rapping to singing , that opened my eyes a bit more to challenge myself and break myself into singing a bit also to turn phrases into instagram posts all of that was from him. Then Nicki Minaj opened the Caribbean rap for me. I wanted to be the first but i wasn’t known then and she beat me to it by doing the Remix to Gyptian’s “Hold Yuh” which i have done shortly after , and that started to bring in the female audience for me.

How did you navigate your career throughout 2020 in the  pandemic?

The thing is before the pandemic all these songs were recorded. So i was only left to release them however i didn’t really do anything during the pandemic 2020 but shot the music video to Stefflon Don contest song “Take Off (#UpAgain)” which is now on Youtube, money was tight, we had to be safe and i was only left to set up my plans through out the year in terms of what was being released next, what video i was going to shoot next , the website clothing line and etc.

You own a clothing line 13evst clothing, please could you tell us more about that?

13evst is an urban apparel line. the name came about with a friend and myself saying we are Beast’s and it was just founded in the east. the text is basically simple to understand. the name of the line is “Thirteen East Beasts” but the form its written is that the “13” together forms the “B” and the “V” is an upside down “A” . Besides that we have literally all types of gear and more to come . Slippers, Socks , Shirts , Hats (Multiple types), Sweaters and more for Men , Women and Kids. But what i do want to be known is , this isn’t all that’s it about. 13EVST will have an expansion on it soon with other products, That one is what people have to wait for however I’m sure a lot of people going to love shopping 13evst clothing and the expansion that’s coming.

Looking into the future, what’s next for BillzTaDon?

Be sure to hear of me regarding the music. The music that’s coming and the features will be surprising , also the changes and expansion of 13EVST Clothing and then there’s the whole plan of making Tadahh an empire for musicians and other businesses out there. But look forward to catching me as your next main stream artist with news that will show achievements