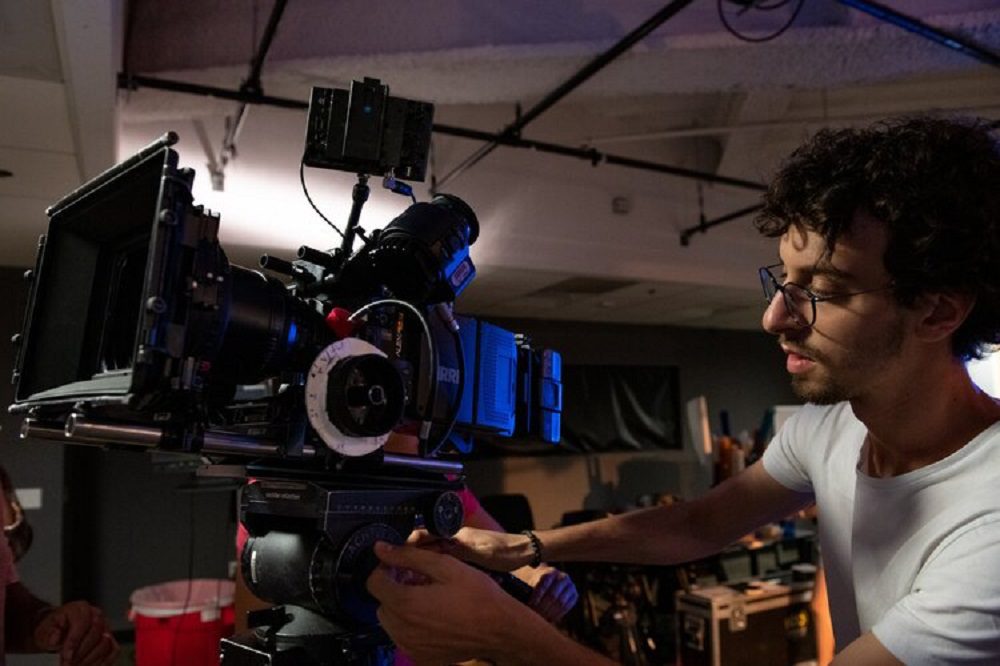 Could you start telling us about your profession and what made you decide to become a DP?

I think that everything started as a passion of mine. My mother introduced me to photography when I was little and not too long after I started to play around with video cameras just experimenting around curious to see the result. After, with one of my best friends, I started to make short films and commercials just to test ourselves and see if we were actually able to translate an idea into a small video.

I have to say that sometimes we were really impressed with the results and other times we were completely clueless about what to do! But I think those were some of the funniest times I spent shooting videos because we weren’t responding to anyone, it was just for pure fun!

Later on, I kept doing it until I met new people and made new connections in the industry back in Italy. Slowly I started to make better movies and commercials until I noticed that the passion I had since I was young became unconsciously my profession.

As Director of Photography, what are the best skills to have or develop in order to run a set?

Since I was starting out, my mentors always told me that a good Director of Photography needs to be a politician. And that turned out to be very true! Onset the DP has to manage several departments all while having the producers and AC pushing them to move faster and not fall back on the schedule.

Therefore we need to be able to talk to everyone and maintain a good environment on set all while running your departments and actually do the DP work. It is a very important skill and I always say to everyone asking, that it is better to learn in advance rather than the hard way on set!

What is your approach when it comes to lighting?

I always like to read the script several times. The first time I read it I try to understand it without taking any notes. Then I read it at least another 3 times and I start taking notes on what lights I might use, the type of diffusions, the position of the light, etc.

I always like to do lighting schemes because they really help me and the crew visualize my plan and therefore execute it fast and in a more efficient way. Obviously one of the most important parts during pre-production is to scout every location with your gaffer and key grip. Once you scout and have a clear idea about the spaces, the sun path, the limits of a location, then you can start doing a better equipment list and lighting schemes that reflect the actual location.

Interview with Matteo Martignago a Los Angeles based Director of Photography

What about the shot list, is it something you work with alone or with the director?

I would say that 9 times out of 10 I always do the shot list with the Director. I always take notes on the script if I think a specific type of shot would work better for the scene or would be visually appealing compared to a standard coverage for instance.

Then I meet with the Director and do all the shot list with him, pointing out those specific shots and see what his opinion is on those. I find it a more efficient way to work this way rather than doing a shot list and waiting for the Director to have one and only after meeting to compare the two and discuss it.

It is a really important step and I encourage everyone to do it otherwise you will be sitting two weeks after the shoot in the editing room wishing you had shot more.

Let’s talk about Ruthless Film Awards, how did you come up with the idea?

Ruthless Film Awards is a Film Festival that I co-founded with a Director friend of mine, Emanuele Daga. We have been in the industry for quite some time and one thing that we have never understood or that we would have loved to be different is the way festivals are run and judge movies.

Especially for directors and cinematographers starting out, we think that it is really important for them to understand what they did well and what they can improve. For this reason, we created Ruthless Film Awards. It is Ruthless because every participant will receive blunt feedback with a score (Ruthless Score) obtained by the average of individual scores for Directing, Screenwriting, Cinematography, Acting, Sound & Editing.

Then the top five movies with the highest score will attend and screen their movies at a private event in Hollywood with an audience of producers, agents, managers, and entertainment layers.

This is a new way of approaching a film festival which won’t give an award only to a limited number of people and movies but will rather give back to everyone. The top five will attend a special event that will help their career and the rest of the filmmakers will get constructive feedback that will help on future projects they will shoot!

Thank you for taking the time to talk to us today. Before we wrap this interview, what is a piece of advice you would give aspiring Directors of Photography?

I would tell them to shoot as much as they can. Experiment with lighting, camera angles, looks, and definitely try to meet new people. Connections in this industry are essentials and always push people to attend cinematography events or panels.