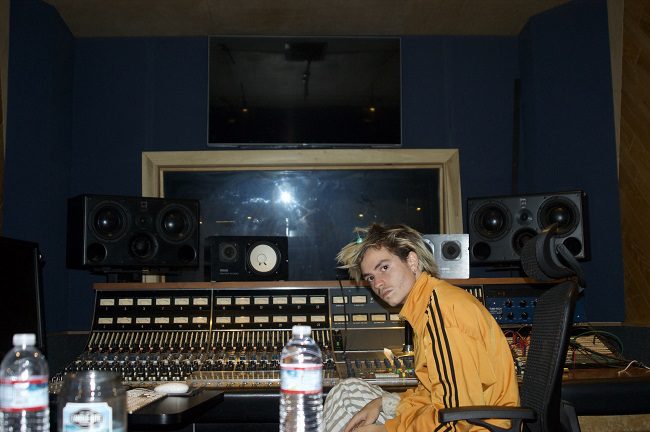 It was a late Wednesday evening when I first heard “I need you now”, the new release by Lorenzo Minozzi and Austin Fellinger. I was laying on my bed, quietly drinking my hot tea (a must, during this cold British winter) when I turned on the speakers to follow the suggestion of my dear friend Nathan, who is my trusted guide when it comes to new pop releases and discovering new music.

Within a handful of seconds, I was transported into another realm: the song starts with a hypnotic polyrhythm that glued me to my chair throughout the whole song. I would point out that the intricate pattern of bongos, wonderfully played by the astonishing Lorenzo Minozzi (producer, writer, and mixer of the song), feels like freshwater. In an era of over-quantized music and pre-programmed drums, the song feels alive.

Then the vocals come into action. Austin Fellinger sings as if Dua Lipa, Calvin Harris, Lorenzo Petrolli, and Katy Perry came together to write a song and had it sung by Ed Sheeran.

The chorus is catchy. It’s the perfect blend between Congo-native band Kokoko’s rhythm and the Italian worldy-recognized record producer Andrea Paris’s sound. Featuring a staggering bass-line as a funky irreverent echo to the old days of Stevie Wonder, the chorus drives us straight to the dance floor.

And, after all of this, the David Bowiesque brilliance of Lorenzo Minozzi takes the scene: a breathtaking bridge introduces us to the second verse. Here, Austin’s sublime voice leaves the spotlight to the returning polyrhythm, now more poignant than ever. After the second chorus, we are thrown in a totally new atmosphere. The landscape now reminds us of the ever-present Stevie Wonder’s “Lately” with a hint of the last – heartbreaking – single from Selena Gomez “Love you To Lose Me.”

The soft ending is the perfect conclusion to an enjoyable tune that, in my opinion, may as well become the next big hit.

Passion From the Get-Go With Ordnry
Interview with Chris A.K.A Dream
Advertisement