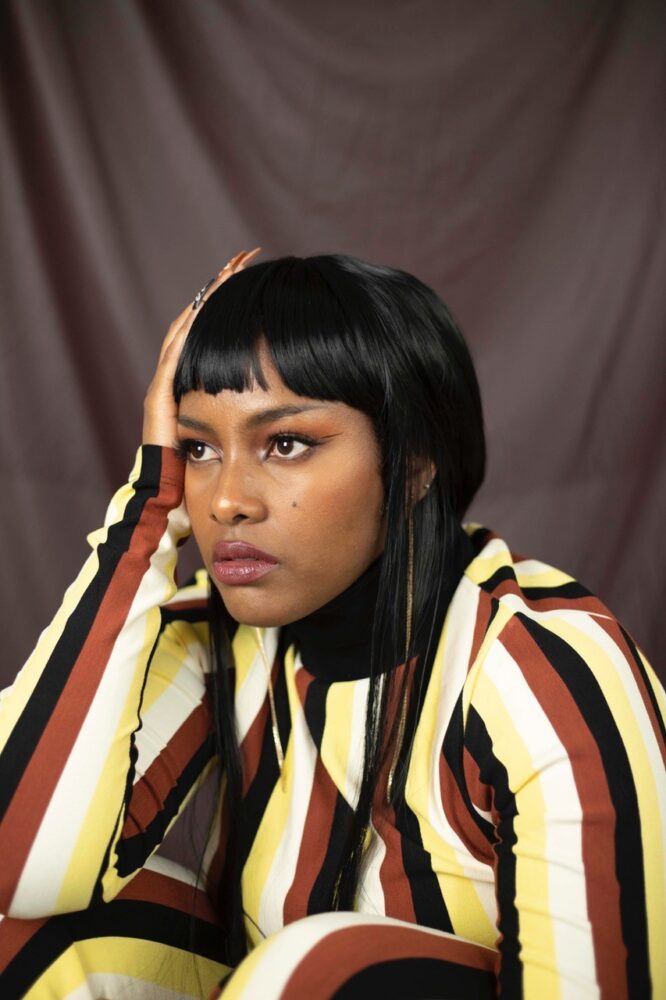 Born and raised on the Caribbean Island of Curacao, rapper Gianni Mae puts her talent on display with her new double single, made up of “Watermelon Juice” and “Bad Boy Killer.”

Without a doubt, Gianni Mae has it going on, reminiscent of Cardi B, only with more flair and a flow that’s at once thrilling and snarling with confidence.

Along with their soon-to-be-released music videos, the two tracks offer up another episode of Gianni’s project Tales Of A Bad Gyal.

The first part of the project was “Love Me Long,” a pop-filled dancehall ballad allowing Gianni to put her vocal range right upfront. The second chapter was “Hungry Eyes,” with its lush and tasty Afro-Caribbean-Pop savors.

“Watermelon Juice” opens on gleaming, ringing notes, followed by moussing up to a muscle-bound rhythm with beaucoup hip-hop momentum as shimmering synths embellish the breakdown with scintillating colors. Gianni’s wicked don’t-mess-with-me voice and portentous, seductive flow give the rhymes fat potency as glowing harmonies imbue the rhymes with assurance and depth.

“Bad Boy Killer” rolls out on a thrumming, heavy rhythm that hits listeners in the diaphragm. Gianni’s alluring flow imbues the rhymes with hints of ‘come into my parlor said the spider to the fly’ essence. Tolling notes give the harmonics a knelling sound, akin to a warning.

With her swaggering, edgy flow, and her tight and right rhymes, Gianni Mae struts her genius for banging hip-hop laced by scrummy washes of Afro-Caribbean-Pop.

Russell Leedy Interview with Muzique Magazine
Message In The Melody: Solo E On The Meaning Of His New Single “Ride” and Upcoming EP
Advertisement