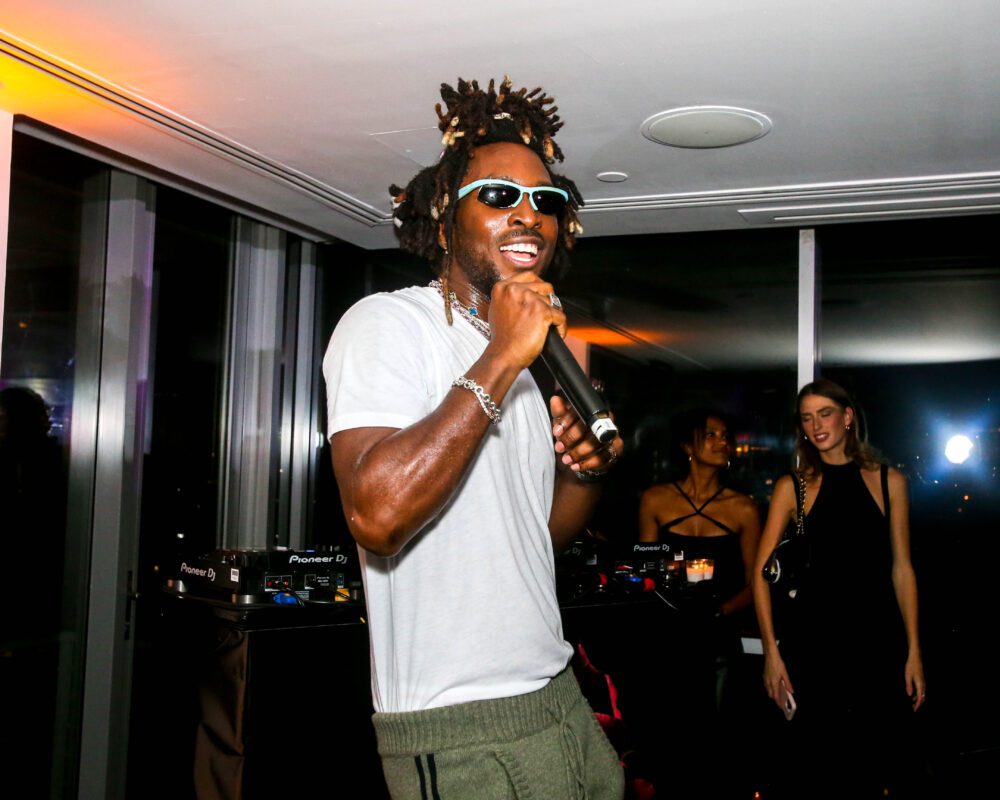 James Vitas, the host of the unforgettable party, is putting his multi-millions to good use. James is the founder & CEO of VMD Companies, a real estate Acquisitions, developments and investment company. James is worth an estimated $100 million- which comes from a combination of New Hampshire and New York real estate ventures.

SAINT JHN found major success in 2019 and 2020 with his hit Roses, which hit No.4 on the Billboard Hot 100 in the US, and topped charts in Australia, Canada, New Zealand, and the UK.

The New York based Real Estate mogul delivered an unforgettable, model filled blow out party anchored by an exclusive performance by SAINt JHN on Saturday night.

James hosted over 500 models including DJ Rachel Winters, Jamie Stone, Anna Lisa Christiane, former miss Universe Paulina Vega, Dan Bilzerian’s ex-girlfriend Madison Jewel and more at the three story Lower East Side Penthouse venue. This marks the first birthday party James has thrown, giving attendees a glimpse into his lifestyle, while hundreds of more hopefuls on the police lined, shutdown block were waiting at the door to get in.

The party, were told that kicked off at 11pm with a steady stream of scantily-clad Instagram models going up and down the three-floor penthouse until the early hours of the morning, featured over 100 bottles of Casa Azul, nude performers from The Box, over $30,000 in red roses scattered around the venue and a special performance by SAINt JHN. The New York based real estate mogul reportedly splashed out over $500,000 on the luxury party, taking over the entire Hotel on Rivington for the event.

See more photos from the event below: