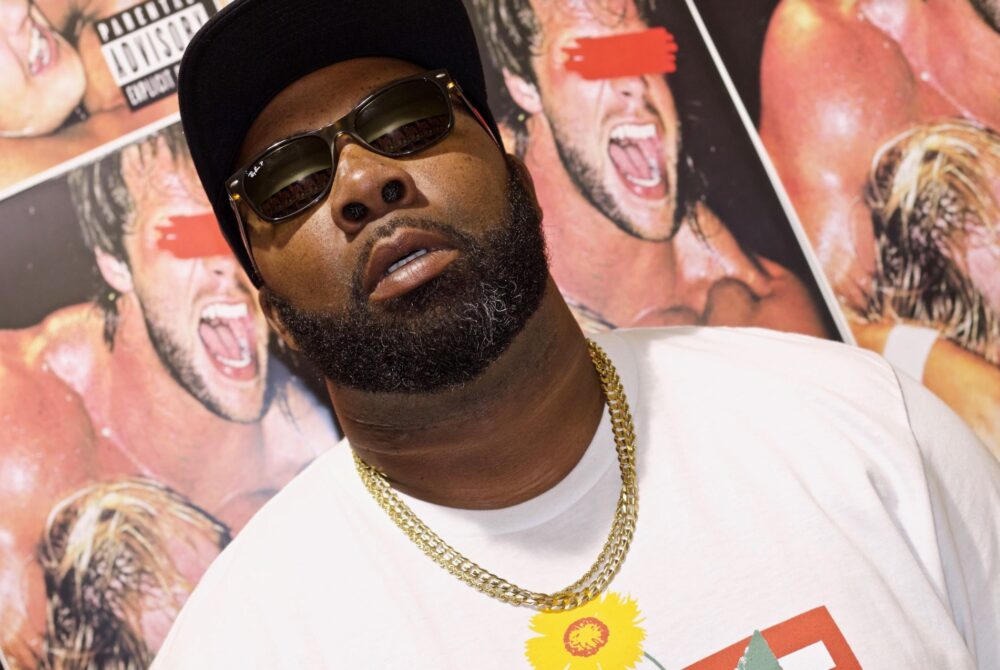 South Florida hip-hop artist Kendall Spencer has it going on! He recently released the music video, “All In,” a totally dope track/video about going all-out in whatever you’re doing.

Spencer’s motto is “just do it,” sans any faux agenda. His latest album, Total Package, reflects in “just do it” sensibility – all out, all the time.

Instilled with a fierce work ethic from a young age, he knows what it’s like to work hard, play hard, and live life with gusto. As he asserts in the lyrics to “All In” – “The grind don’t stop.”

He goes on, rapping out “Grand dad told watch your fake friends do the shit / Yourself stay on your knees and pray to god / He’ll supply your help / Don’t put no trust in man / They’ll fail you every time / Stay on you grind / In due time blow up like a mine.”

The video, directed by Kristian and Karl Anderson, was shot in Miami, Florida, and depicts Kendall Spencer amid flashing blue and red hues, pushing out his uncompromising flow.

Muzique Magazine sat down with Spencer Kendall to find out how he got started in the game, his musical influences, and how he keeps his sound fresh and authentic.

Well, I first got started with music by listening to a group in my neighborhood called “MAD THICK”. Watching them make beats and put songs together really inspired me to want to rap, but I was always too nervous to let anyone hear my craft. So, I would go to my grandparents’ house and use a tape recorder to loop a breakbeat from my favorite artist at the time. Then I would record my own songs over the instrumentals. Then I would take the tapes to school to share with my classmates.

Bobby Womack, The Goodie Mob and I love everything that Roc Marciano is doing and also the late great Pimp C!

To tell you the truth I think I’m the best artist out right now. I feel like I’m the only artist that can relate to the average person. I mean don’t get me wrong there are a lot of great artists and musicians out right now, but I think they only make music for other celebrities! Meaning what normal person, every day 9 to 5 man or woman can really relate to the message or lyrics in today’s music!

As an escape or a getaway from dealing with the ills of this crazy world. Music is how I express myself, my deepest secrets, my hidden thoughts – I’m able to release through my music.

What inspired your new single/music video “All In?”

I wrote the record when I was at my lowest point. I needed something to motivate me to keep going. Being a full-time father, husband, and working a full-time job (12 hours a day), it’s hard finding time for yourself much less chasing your dreams, so a song like “All In” is my inspiration to reach my goals.

What can you share about your latest album, The Total Package?

Believe it or not, this album was recorded in 2011. The intention for this project was to release something the whole world would love and still remain true to myself. I wanted to make a project that covered all the colors in the rainbow!

I hope people will receive the message of determination and how hard work and believing in yourself is still the recipe for success. In today’s society, most are being taught that you have to go viral or scam people and rob to be successful.  That’s BS and that’s not how I was raised or taught. Life is all about choices and taking chances and just like when you’re sitting at that poker table and about to drop your hand, you gots to be “All In.”

We shot “All In” in Miami, Florida, and it was directed by Kristian and Karl Anderson for Earthling Group LLC.

Looking ahead, what’s next for you?

I got another record being released next month called “Elevation” and I will be putting out a full album, “Misery,” set to be released late summer or early fall.  Also, I’m planning on working with the Boy’s and Girl’s club in my hometown to help provide more after-school programs for the youth.