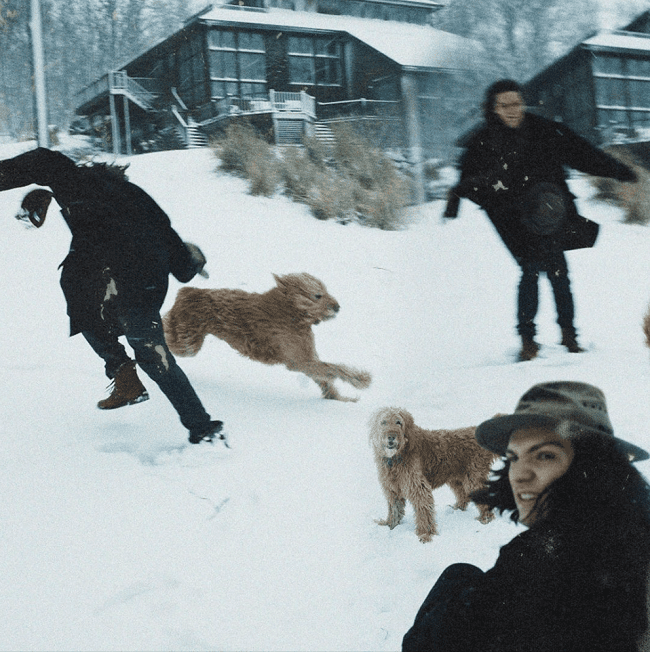 A man of two coasts, as he describes himself, Jack Shields is a cornucopia of bicoastal musical influence stemming from his youth split between California and Connecticut. At this stage in the game, his sound can be best described as a deeper-rooted, folkier spin on indie rock tinged with other contemporary elements that are ethereal and sweeping enough to soothe yet engaging and exciting enough to make the people move. His latest release A Curious Year manifests this well-measured dynamic to a tee with its funk, spunk, melody and reverie, all of 8 tracks but still strong enough to pack a formidable punch.

The record opener, “Curious Year, Pt. 1” starts minimally with perky acoustic strummings before exploding forth into vivid color, a crashing wave of nostalgic rock guitar, familiar strings and keys laced with Shields’ captivating vocal work to set this grand set of affairs in motion. “Snow” is a grooving tune comprised of beautifully melodious guitars volleying between speakers, accompanied by a contagious bassline and an ivory backing that moves from bottomless sustain and reverberation to sharp staccato and back again.

“Move Through Me, Melody” continues his melodic guitar approach and circles it back to his original folky acoustic realm, treading the line of contemporary indie rock while edging closer to its poppier forefront. “People Zoo” sets off on a similar foot at first before erupting into a pseudo-psychedelic solo and a “Live And Let Die”-Esque reggae interlude, demonstrating Shields’ capacity for colorful versatility while managing to make it sound cohesive. “Pastel Sky,” meanwhile is a powerful exercise in building and channeling energy to the point where the electricity of the song reaches a teaming peak, then releasing it flawlessly to the winds. It’s the kind of sound that can only come from a man who firmly knows who he is and where his roots are.

“Be Your Man” dials the voltage back a fair bit to a soothing, pleasant 4 out of 10, mixing the country-laced retro rock of The Band with modern indie of the likes of Train and The Lumineers to create the perfect soundtrack to a kiss on the beach at dusk. “Sharks & Whales” sets out swimming beyond the beach, though the waters Shields dives into are not unfamiliar from “Be Your Man”- at least until the great orchestral surge at the end helped along by a layer of slight yet hypnotically phased guitar. Finally, “Curious Year, Pt. 2” reprises the album’s dramatic opener in a euphoric, perfectly climactic fashion, putting to rest a short yet wonderfully musical record and leaving the door open for infinite possibilities in the future.

Jack Shields, as evidenced by these 8 tracks of rattling thunder is a living testament to the possibilities that can still be explored when it seems like every idea has long been run into the ground. He seamlessly melds the old and the new, the East and the West and the roots and the radio together for an eclectic, tremendous mix of sound, light, and life. Efforts- and artists- like this deserve to be far more than unsung and underground, and with the help of the Internet and a willing collection of good ears for talent, the reality of far greater exposure may just, and should, come true.