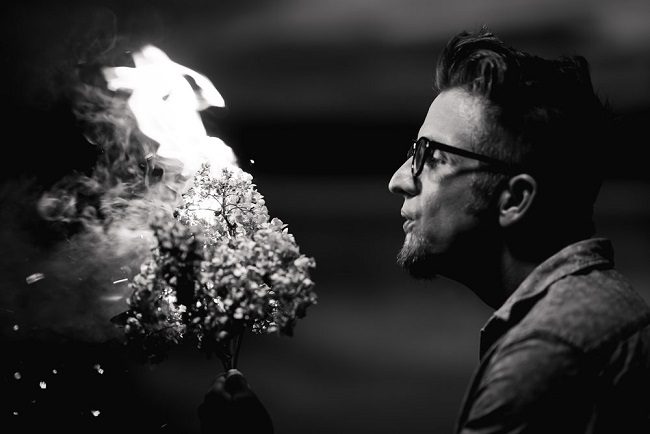 ROBERT HUNTER IS AN AMERICAN SINGER-SONGWRITER, POET, AND AUTHOR OF THE HIGHLY ANTICIPATED NOVEL RELAPSE, RELEASED IN MAY 2018. KNOWN BEST FOR HIS UNIQUE BRAND OF LYRICAL ALT-COUNTRY-ROCK, ROBERT’S FIRST TWO EP’S AFTERGLOW AND OUTTA MY MIND WERE CELEBRATED CRITICALLY AND DESCRIBED AS “MAGNETIC” AND “HARD WIRING, AFTER A SINGLE LISTEN.”SONGS LIKE “GONE FOR GOOD” AND “DITTO BABY” FOUND A HOME ON THE FM RADIO, AND HELPED PAVE THE WAY FOR FUTURE SUCCESS IN NASHVILLE AND BEYOND.

A THIRD STUDIO EFFORT REVIVAL DROPPED IN JUNE 2018. IT WAS LARGELY INSPIRED BY HIS WIFE, BECKY, WHO INSISTED UPON ITS RELEASE, AS WELL AS THE PUBLICATION OF RELAPSE, IN SPITE OF HER BATTLE WITH AN AGGRESSIVE FORM OF CANCER.

NOW BECKY IS IN REMISSION. AND WITH A TRIO OF POTENT EP’S UNDER THEIR BELT, ALONG WITH A NEW NOVEL, THE PAIR ARE EMBARKING ON A NATIONWIDE TOUR TO CELEBRATE LIFE, LOVE, AND THE MADNESS OF IT ALL. BECOME A PART OF THE RELAPSE AND REVIVAL TOUR AT BOOKABLE

Relapse and Revival is a nationwide book and record tour hitting all 50 states in 52 weeks. We’re already 40 states in, played close to 500 shows, and traveled more than 80,000 miles in less than 9 months! It’s equal parts madness and magic…inspired by my wife’s tenacious battle with an aggressive form of breast cancer.

Publishing my crazy first novel, “Relapse: A Love Story,” was her idea. It made Becky laugh when she was going through chemo treatments. “Revival,” is a collection of songs recorded in Nashville, that Becky choose when things were looking bleak. Her big dream was to see the whole country someday. Now she’s in remission, and her wish is coming true!

This tour means everything! Not just because I quit my day job, and sold everything I’ve ever owned, to roam the country 365. I don’t really care about selling books or records. I didn’t write Relapse or Revival to get famous, or rich. That’s not rock and roll. Relapse is a rock and roll novel. Revival is a rock and roll record. And Becky is a rock and roll girl. I’m in this for the right reasons. It’s all or nothing, just as it’s always been. And just as it should be.

To never regret a thing I did or didn’t do when I’m 80. And be able to forget the rest. Fiji would be nice too.

Trust your heart, and nothing/no one else in the music/book industry, save for a very select few. Scams are easy to find in Nashville, NYC, and LA. But good people are hard to come by. Trust me.