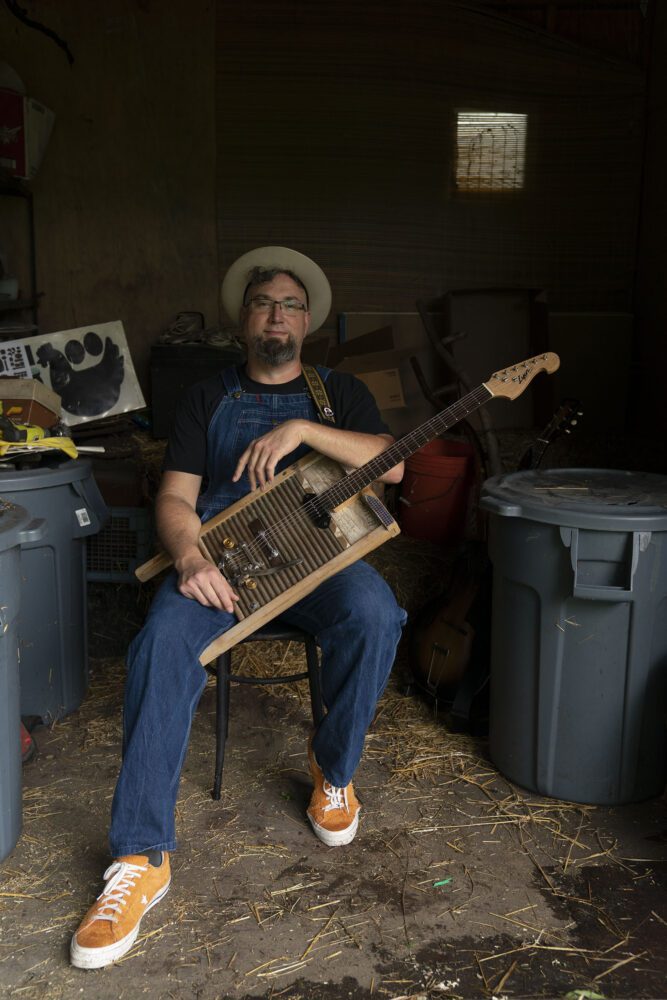 Singer-songwriter Dennis J. Leise unveiled the music video for “Hurry Up and Die,” just a few days ago via Towering Gringo Records. The song is from his forthcoming album, The World You Grew Up In Is No More.

“Hurry Up and Die” is directed at people who refuse to adjust to an ever-changing world. Instead of familiarizing themselves to change, they bitch.

The video, directed by Rob Fitzgerald and Dennis J. Leise, conjures up memories of Ma and Pa Kettle. Shot in black and white, it depicts Leise standing in the back of his truck playing a washboard guitar and singing, while The Grim Reaper wanders here and there, and eventually succumbs to the song’s catchy rhythm, raising his hands in elation.

You live inside a lonely little view / You take offense to everything that’s new / Don’t want to learn the truth or learn new things or even try / So it’s probably best if you hurry up and die.”

Originally from Pennsylvania, in 1998 Leise moved to Chicago, where he sold steel parts for drywall construction and worked the door at FitzGerald’s Nightclub. Gifted an old guitar by a friend, he taught himself to play, followed by becoming half of The Possum Hollow Boys and playing with Tiny Horse.

Later, he moved to a farm in Gary, Indiana, raising pigs, goats, chickens, and other farm animals, now numbering around 100, along with a garden and orchard. As well as selling eggs, he works remotely for a technology company.

As he told Mark Guarino of the Chicago Reader, “My credo is to be true to myself. I’m where I want to be.”

Unconventional, ingenious, and infectiously superb, “Hurry Up and Die” confirms that Dennis J. Leise has it going on!