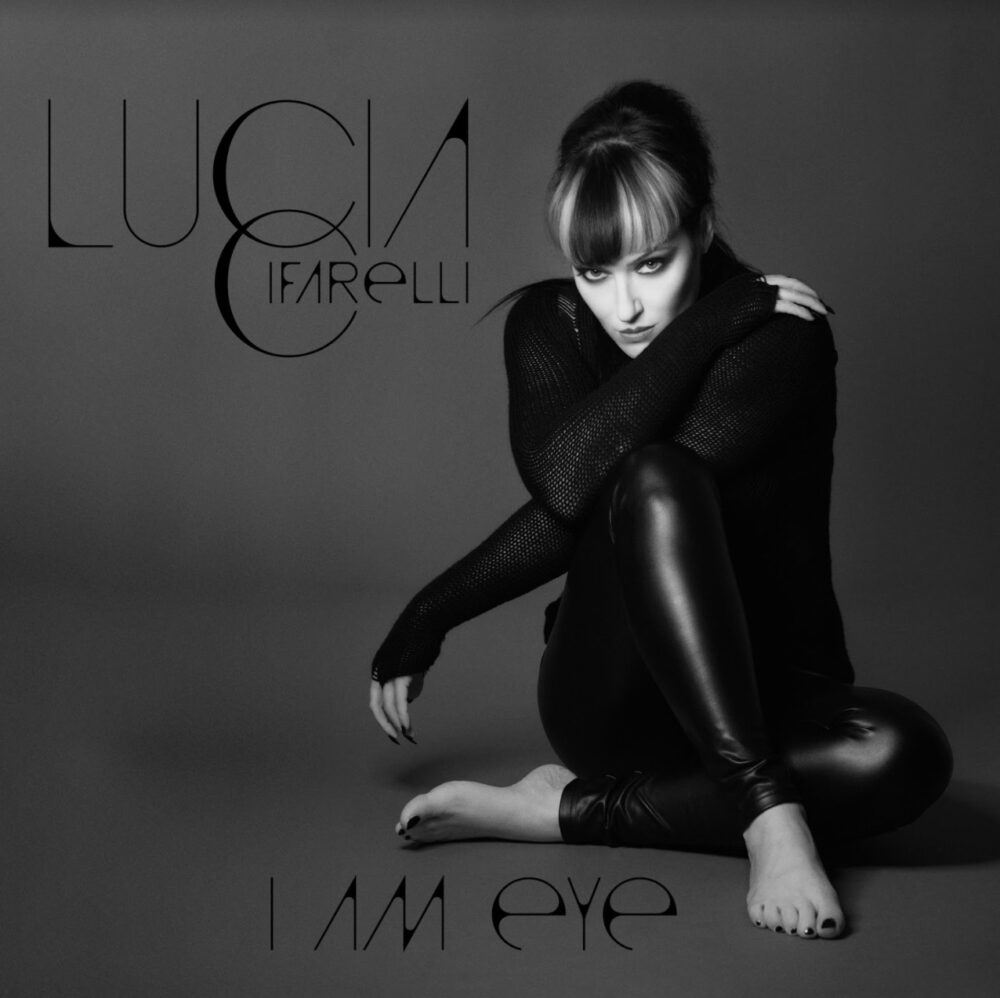 A few weeks ago, on May 21, Lucia Cifarelli released the single/music video “Girls Like Me,” lifted from her forthcoming album I Am Eye, slated for release July 2 via Metropolis Records.

Renowned for her work with KMFDM, the German industrial band, as well as her own alt-rock band Drill, on I Am Eye, Cifarelli took great care to ensure the album reflected her impetus, and no one else’s.

I Am Eye is her first solo LP since 2003’s From The Land Of Volcanoes and discharges a sound halfway between post-industrial and pop-rock. At the same time, it’s autobiographical in nature, narrating cusps of transition in her life.

Directed by Lucia Cifarelli, the video presents images of a vast array of women – old, young, badass, sweet, intelligent, and courageous – with one common denominator: they all have inner strength.

“Girls Like Me” travels on a driving electro-pop rhythm topped by dazzling oscillating colors. The cavernous bassline pushes the tune to a gallop as Cifarelli’s deluxe, prismatic voice infuses the lyrics with posh textures.

Muzique Magazine spoke with Lucia Cifarelli to find out more about “Girls Like Me,” the video’s genesis, along with how the forthcoming album came together.

It’s about the divine mystery that lives within all women. It’s a celebration of all that is feminine and wild. It’s about ageless knowing, instinct, and passion. It means that within the unique diversity intrinsically connected to who we are, there is a beautiful invisible thread that connects us to each other. It’s about sisterhood.

How does your approach to your solo work differ from your work with Drill and KMFDM, artistically speaking?

The approach to making this album was completely different from anything I’d ever done before. In DRILL & KMFDM, albums were/are made in a much more collaborative way. With “I Am Eye” there was very little outside influence. I didn’t want to compromise my ideas at my own expense. I wanted to know what an album would sound like if I was the driving force. I also didn’t want it to be derivative of my other work, for people to say it sounds likes DRILL or KMFDM, or my previous solo album for that matter and because I was making the album with Sascha Konietzko (KMFDM), a long-time collaborator, the risk of that happening wasn’t lost on either of us.  So it had to be approached in another way.  In order to do that, I had to do something I’d never done before, which was to start the initial tracks on my own and write the songs for them. Knowing Sascha the way I do, I knew if I could sketch everything out enough, he’d grasp the direction I wanted to go and take it over the top musically. Along the way, I did receive a few outside tracks from some friends (John Deservio, Slade Templeton, and Dan Connor) but even then, I was pretty secretive about what I was going to do with their contributions. I’m grateful for the space and trust they each allowed me.

You have a new album, I Am Eye, coming soon. What can you share about the album?

In late 2019, I metaphorically fell through the rabbit hole of my life and got stuck there for a while.  I thought if I could consolidate the most potent memories and turn them into songs, I could write the soundtrack of my life.  The album is a collection of songs centered around events and desires that have shaped and defined my life so far.

What do you hope your fans/listeners take away from the new record?

I hope that by sharing the intimate details of my inner world fans get to know me better and that it acts as a mirror for them to see themselves. I hope it inspires, that they feel less alone.

What music do you draw inspiration from?

Can you tell us about the experience creating the “Girls Like Me” music video?

Because I wanted to create an experience that celebrated a cross-section of women, I posted a video on social media asking for submissions. I requested videos of their faces, specifically zoomed into their eyes, to capture the essence and spirit of who they are. Additionally, I asked for footage of them doing something they’re passionate about.  Because I’d never made a video before, it was challenging and took a lot of time. When I’m writing a song, I’ll listen to a specific part about a million times before I settle on an idea. It was the same here. There were so many ways to approach it. In the end, I just popped them in iMovie and shuffled them around until they looked right to my eye.

Any sage wisdom for newer up-and-coming artists that are fans of your work?

Don’t sacrifice your authenticity to chase trends. There’s a deluge of talent out there and it can be blinding. It’s easy to lose your way in the fog of it all. Stay true to who you are, while always continuing to push the boundaries of your creativity and consciousness.

Continue Reading
You may also like...
Related Topics:Girls Like Me, I Am Eye, interview, Lucia Cifarelli, music video