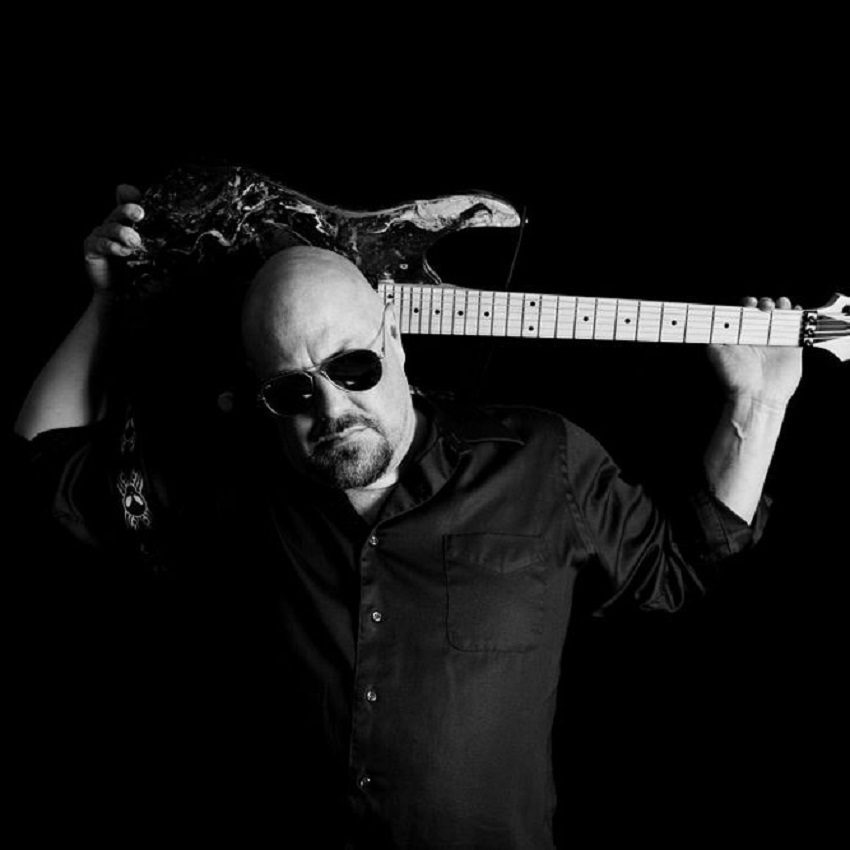 I’ve always used my given name on stage but for live performances, I named the band after my debut album, Alien Inventions Project. I did that to avoid giving the impression that I was doing solo acoustic music.

My parents began taking me to gospel concerts when I was 9 years old and I was pretty much hooked on music instantly. I was performing with a group by age 12 and there was no looking back. Once I learned to play an instrument I just assumed I was supposed to write music.

As time went on thankfully my songwriting improved and I learned to express myself. All through high school, music was so much a part of my identity. I was really shy at the time, and the guitar was really an avenue for meeting people and making friends. To me, music is more of a lifestyle than a career path.

That’s a hard one to nail down. I would have to say the fashion and music of the 70s and 80s had a big influence. On stage, you may find me in leather one night and bell-bottoms the next. I’ve been known to wear leopard print spandex so I guess I even have a certain glam influence. The retro 70s clothing is what I really love though.

I had just come out of a band that was meant to be an original band but seemed to be drifting towards more cover music. I was drained from trying to keep up with what was trending so I wanted to do a project that was definitely not mainstream. I didn’t want to be restrained by genres or, at this point, even lyrics. I wanted to create a space for total musical freedom. So I did an instrumental, multigenre, album with bits of improvisation and experimentation. There were no rules. That became Alien Inventions Project.

One of the greatest challenges I face is also what I consider one of my greatest attributes. I write and record so many ideas that sometimes things let lost between the cracks. On the bright side, it keeps the creativity flowing and I always have new material. I am trying to be more focused and complete a song before starting a new one but when inspiration strikes you can’t deny it.

I try to be the best Robbie Chambers I can be. I haven’t met a better one yet. It hinders creativity when you start comparing yourself to others, I think. You start playing their game instead of your game.

I’m actually talking to a couple of record labels at the moment but regardless of what results from those talks I’m going to start recording another album and then look at doing some more live shows in the late winter or spring. There’s a possibility of getting on a tour if things return to normal in 2021. It’s been discussed but we’ll see.

Definitely my wife, family and friends, and all the great musicians I’ve had an opportunity to work with.

Never try to be someone else. Never try to keep up with the Jones’s or fit into a mold. Be as true to your vision as possible even when people if people don’t get it. Eventually, you will find your tribe.