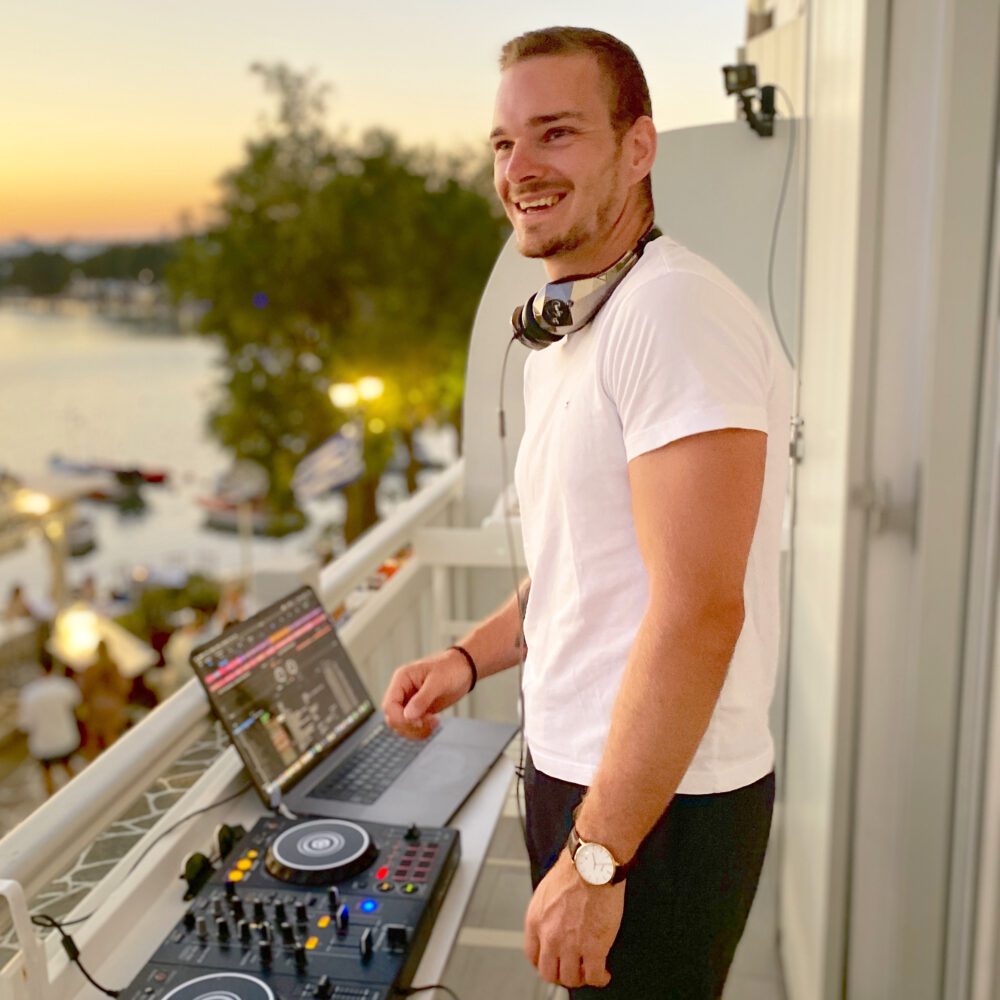 Charles Stif, from the north of France in the city of Dunkerque, is a DJ, producer, and composer known for his chill beats that blend sounds from different genres. Charles shows a mastery of different musical styles and takes his audience to worlds ranging from the 80s/90s to Afro, Ethnic, Organic, Deep, Chill, Techno, House, and Funk through US Rap, Dance electro, and commercials.

‘Mauritius’ is the last single from French producer Charles Stif. Written with fellow DJ Djerry Anna during a residency in Mauritius, this single delivers hauntingly beautiful female vocals, sultry saxophone, and laid-back island beats. This is going to be a summer night’s anthem. Charles Stif teamed up with New York-based Swiss producer Aur3lian to deliver this sublimely relaxing single.

What inspired you to get into music?
David Guetta and Fred Rister inspired me.

How would you describe your music?
I love to produce Chill House vibes, to get a deep emotion inside.

Where would you like to see your music career in 5 years time?
I want to share my passion all around the world and share unforgettable moments with people.

Where can music fans listen to your music?
On all streaming services.

In 2017, Charles Stif plays at the ENCG of Dahkla in Morocco to continue in 2018 and 2019 at the ENCG of Agadir and at the « illusion Hotel » of Barcelona on the rooftop.

That same year, 2017, he plays the first before Andy Cley and DJ Tony at the Dubai Club in Madeira, Portugal.

The months of March and July 2018 mark a turning point in Charles Stif’s career, he leaves twice to host two performances in Japan at Matsumoto. : at Sonic Bar and The Courtyard by Mag.

In 2019, he flies away to China in Souzhou to play Deep Roll and to Switzerland for a private party near Lausanne. This summer 2019, Charles Stif requested at the Coconuts Bar in Guadeloupe on the island of Terre-de-Haut thanks to his friend Boris Maisonneuve.

During the summer of 2020, Charles Stif begins a Greek tour of the islands with several dates: Dana Villas Santorini, Marina Café Paros, and Contessina Hotel Zakynthos. Due to the health crisis, these DJ lives will be broadcast live via streaming on internet platforms.

That same year 2020, he managed to mix at the Arctic Light Suite in Swedish Lapland near Kiruna.

During the winter of 2020 with COVID-19, the activity stops and Charles decides to contact the artist-producer AUR3LIAN based in New York to learn how to produce his own sounds.

In June 2021, Charles Stif leaves with DJ Vitaly to host an evening at the Fergus Hotel in Ibiza.

In the fall of 2021, he flew to the Maldives to create a video broadcast live on Instagram at the Park Hyatt Hadahaa Hotel.

He performs a unique and exceptional performance by DJing on the roof of a traditional Maldivian boat very early in the morning and broadcasting live.

This November 30, 2021, he released his second single “Firefly” in collaboration with Flo Sax

That same year in December, he left for New York to produce a single with AUR3LIAN

In January 2022, Charles travels to Dubai to perform a DJ performance at the « Noèpe restaurant” of the Hotel « Park Hyatt » Dubai In February 2022, he is spotted by the London agency Kalab Music. In March 2022, he leaves to mix for two months at the Hotel One & Only Le Saint Géran in Mauritius. He meets DJ Jerry Anna with whom he will produce a new single “Mauritius” in collaboration with Flo Sax which will be released on June 30, 2022.

During the summer of 2022, he travels to Ibiza at 7pines and hosts a live show at the Fergus Hotel

This August 20, 2022, he does a gig in a British wedding at Whatley Manor, Bristol (United Kingdom)

In December, we will find him in Dubai

This  August 2023, he will fly to Malaysia to play at his friend’s wedding: Ervina & Shawwaf and plays around Asia.