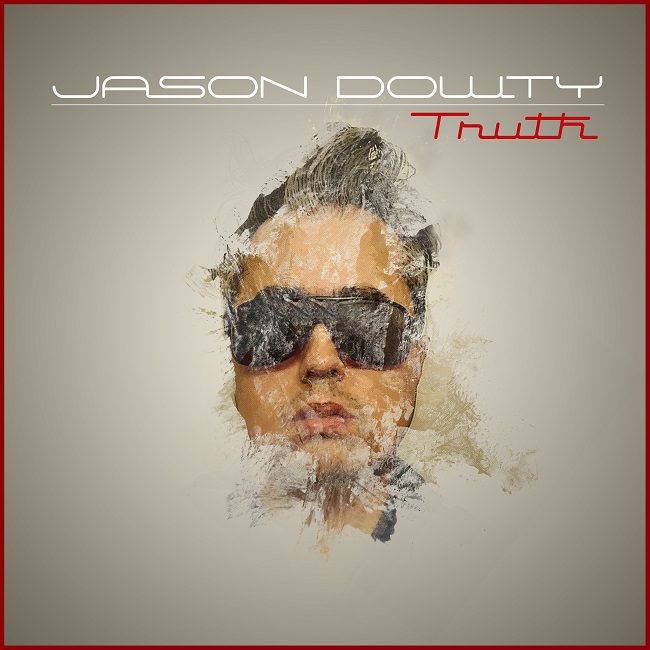 As a former member of the Blackground/Virgin records vocal group, Outsiderz 4 Life, Jason Dowty has had the opportunity to work with producers and artists like Aaliyah, Static Major, Teddy Riley, and Timbaland just to name a few. Jason is now a family man with “real job” but still loves to write and record music.

Actually, my mom came up with it. My dad helped with the last part. Nah, but seriously, I thought about coming up with a conceptual name that captured the culture and message of my music, but my songwriting is honest, straight-forward, and direct. So, using my real name just seemed like a natural choice.

I grew up in Oklahoma in the ’80s surrounded by country and contemporary Christian music, but that was never my thing. I spent hours recording and singing to the only urban station in the state (1140 AM). I don’t really believe we have a choice of what music we like. Something just grabs your ears and you feel something.

Pretty soon I was singing in talent shows, Juneteenth festivals, and co-founded an R&B group called First Impression. We thought we had already made it… had matching T-shirts and everything (laughs). After that, I discovered my love for singing and performing and went on to sing at theme parks, cruise ships, and joined the Blackground/Virgin recording group “Outsiderz 4 Life”.

That’s how I fell in love with songwriting and arranging vocals. We got the chance to work with Timbaland and see how he constructed his stuff. We wrote/recorded a duet with Aaliyah, and recorded with Teddy Riley. Now, it’s more of a side-thing than a career. I have a family which means everything to me. Now-a-days I write a lot more about loving my wife than Rollin’ on dubs, Poppin’ bottles, or knockin boots.

My new album, Truth, is a new style for me. My biggest influences growing up were Take 6, Brian McKnight, R. Kelly (before all this mess in the news), Bobby Brown, pretty much everything New Jack, Guy. So my first solo project, Homegrown, was an R&B record with some gospel influence. Most recently though, I’ve been into Jon Bellion and Labrinth (both solo and that whole LSD thing he’s been doing lately). This album has some of that influence, as well as a touch of Ed Sheeran or Shawn Mendes with that whole acoustic vibe.

On your upcoming current, how did you come up with the concept?

My wife always says I don’t sugar coat it. I just come out with the blunt truth (laughs). I wrote “Truth” with that in mind. When most artists tell their truth, they write about they know. That is normally about the grind of trying to make it, their own talent, not trusting record labels, making it on their own without help, etc. While that is their truth, it’s not that relate-able to the rest of us.

To be honest, I’m getting a little sick of these themes. My album is more about talking things out with the people we love, relationships that don’t work out, insecurities, the challenges of long-distance, and unconditional love. The things that almost everyone deals with at one time or another. The feedback has been good so far. Most people say “Truth” is a refreshing change.

My greatest challenge is time. I have a 1-year old and a 3-year old. My wife was really patient and understanding when I took this album project on. For my first album, Homegrown, I actually created most of the beats, which was pretty time-consuming. This time, thanks to production platforms like “Beat Stars” and the amazing talent they have like Mantra, Encore, Hipnatec, and Beats Ave., I was able to write songs bumping their tracks in my car on the way to and from work. Otherwise, this album could not have happened.

My greatest attribute when it comes to my work ethic? I’m pretty resourceful, I figure things out on my own. My Google-Fu is strong. I don’t know how many videos I watched on mixing vocals to get things right, or how many YouTube Videos I watched until I could Photoshop album art I liked. I tried outsourcing the mix, but every time it came back so bad, it wasn’t even worth giving them notes to fix things. Ultimately, I just had to find the time to figure it out to get it the way I wanted.

Ha. No. But what I make is from the heart, and I hope that comes across in my work. I didn’t make the album to be the best, I made it touch lives and start meaningful conversations.

I am putting music on hold to nurture my relationship with my family, especially while my daughters are young. They will be in school and will not need daddy as much before I know it. When that happens, I will tackle my next project.

I’m on all major streaming platforms, just search for “Jason Dowty – Truth”. However, the best place to find me is on JasonDowty.com. There you can download the album for free. You can also get 6 bonus tracks for free not available anywhere else. Everything is free, and I will never bug anyone to buy anything. I’m not selling merch. I’m not on a tour. I just want to share the album with people.

Just be true to yourself and write what you feel, not what you think people want to hear. That’s how timeless music happens.