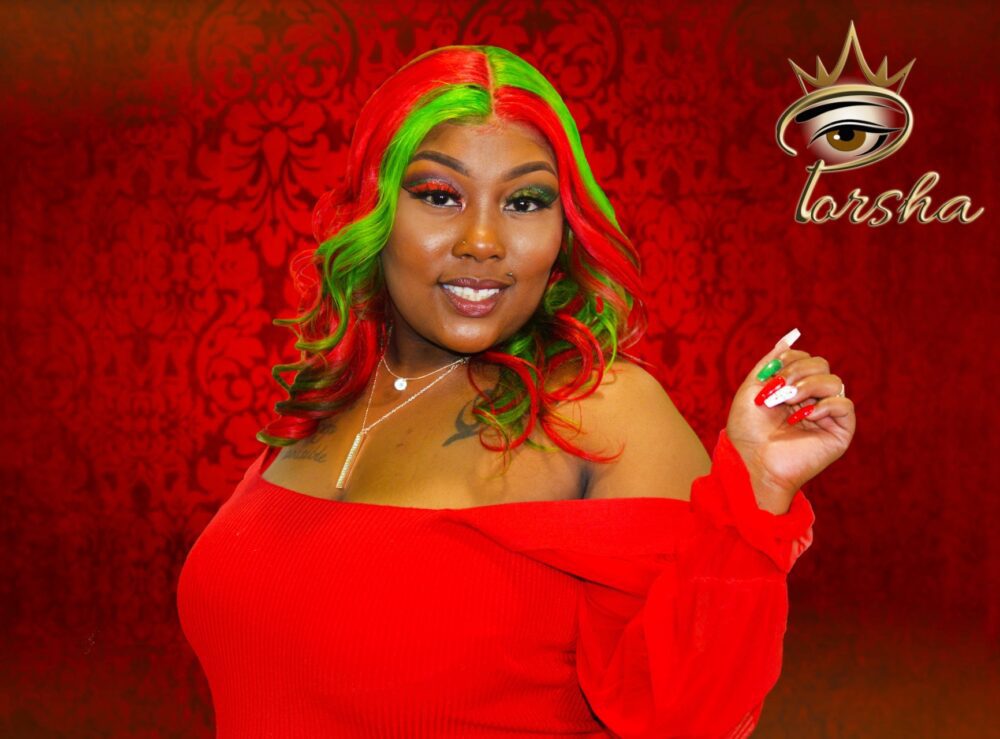 R&B/soul singer Porsha recently released the music video for “Genie In A Bottle,” a song about the magic of wishes.

As a teenager, Porsha was diagnosed with colon cancer, which brought her singing career to a screeching halt for two years. Porsha pushed through cancer, coming out victorious. Faith sustained her.

Porsha says, “I give all the glory to God.”

“Genie In A Bottle” features a low-slung, undulating R&B melody, at once seductive and glossy. The video depicts a genie – Porsha – emerging from a bottle and bewitching the protagonist with not only voice but her charms.

Muzique Magazine spoke with Porsha to find out more about the inspiration for “Genie In A Bottle,” her influences, and her songwriting process.

I started out singing in the church choir at the age of 5. Music and
singing have always been special to me. By the time I was 15, I was writing my own music. Then everything came to a halt when I was diagnosed with cancer. During the time I was battling cancer, music was one of the things that got me through.

Betty Wright… “After The Pain” I listen to her song every day, even
in the shower.

How do you keep your sound fresh and avoid coming across as
derivative?

I have my own style!  I am me. I’ve learned to be me no matter what.

It all depends, but mostly my songwriting process comes from hearing the
track. Unless I have one of those days when I’m just putting ideas together.

Do the rhymes come first, or the music?

It all depends, but mostly the music does.

What was the inspiration for your new single/music video “Genie In A
Bottle?”

My inspiration for “Genie In A Bottle” is about a woman who grants you
wishes but it’s only 2 wishes. Whatever you need Genie got you!

I’m a Genie that grants wishes to whoever comes in contact with the
bottle. Just make a wish and Genie will make it come to pass.

To continue my journey making more music and writing more songs. I’m
moving beyond my own footsteps but humble as well.  Reaching and
achieving every goal that’s destined for me.

Any people you want to thank or give a shout-out?

First, I would like to thank God for allowing me to be here and able to still
pursue my career.

To: FI-WATER MUSIC, Michael Brooks & Terrence Biggs Barber
Who believed in me from the very beginning. Thank you so much!

My beautiful daughter, Khaziya. My Mother and Father and all my
supporters who have been here supporting me throughout my journey. A
special shout-out to you and most definitely to all the Radio Stations
that have been showing love to my new single “GENIE IN A BOTTLE.”

THANK YOU ALL SO MUCH. I TRULY APPRECIATE YOU!!!