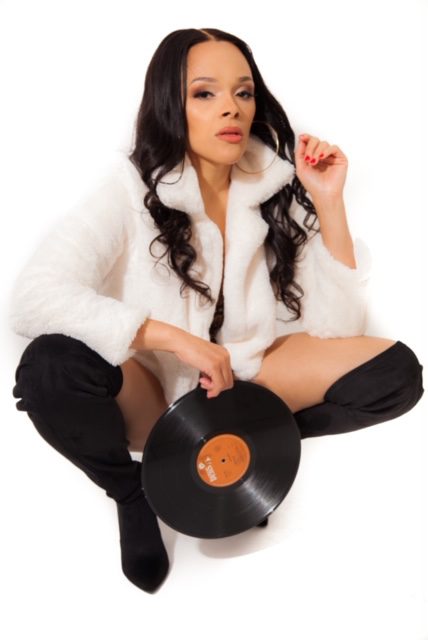 Imagine being born with a Haitian/Brooklyn bloodline running through your veins, which created an undeniable musical gift meant to be shared with the world. I’m standing in the middle of a sardine-packed Reggae club in Brooklyn, witnessing several well-known artists perform. I’m here because of the social media buzz of Haitian born recording artist Zoe Rose Gold. Zoe’s music versatility gives her a competitive advantage in today’s Hip-Hop culture. I’m observing the crowd, and it’s about 60% female and 40% male in attendance. I’m standing in between two 6-foot exotic women from Spanish Harlem who purchased me a Red Berry Ciroc on the rocks. I guess my “Sauvage” cologne by Christian Dior was worth the $120.00 at Saks. I asked the two beautiful amazon women, who were they here to see tonight. They both yelled in my ears simultaneously, “ZOE ROSE” baby! My smile was wider than the Brooklyn Bridge, and it confirmed the hype surrounding Zoe RoseGold.

The event host hits the stage and introduces Zoe Rose Gold, and this dark Brooklyn night club illuminates when she hits the stage. Zoe’s physical stature is mesmerizing at first glance. Her lean golden complexion, dark organic hair, and stage swag have the crowd on FIYA tonight. The background music to her internet buzzworthy track “YoYo” blares through the surround sound speakers, and the audience begins to recite every single bar to the melodic track. The karaoke-style chorus flow makes it an instant crowd favorite. Everybody is rocking from side to side saying, “Do you love me, do you love me not.” The epic tropical wave beat production created a Caribbean/Haitian Block party. Zoe Rose Gold live performance personifies her passion for music and mass appeal.

“YoYo” is the lead single from her commercial streaming debut EP “The Rose Gold Tape.” “The Rose Gold Tape” is comprised of nine contrasting international tracks infused with Zoe’s musical Midas touch. The Rose Gold Tape takes every listener on a deep and introspective journey into the multi-layered universe of “Zoe RoseGold.” “The Rose Gold Tape” has received global critical acclaim from multiple magazines, DJs, and music executive heavyweights. The beauty of Zoe Rose Gold is not just her external, but her ability to reach the hearts and souls of people via her music. Zoe RoseGold is a strong and radiant child of God. She is a rose growing through the concrete cracks of Brooklyn. Brooklyn is a different type of animal, and only the strongest survive in the game of life. Zoe RoseGold is proving to be an International Force of Millennial Pop Culture.