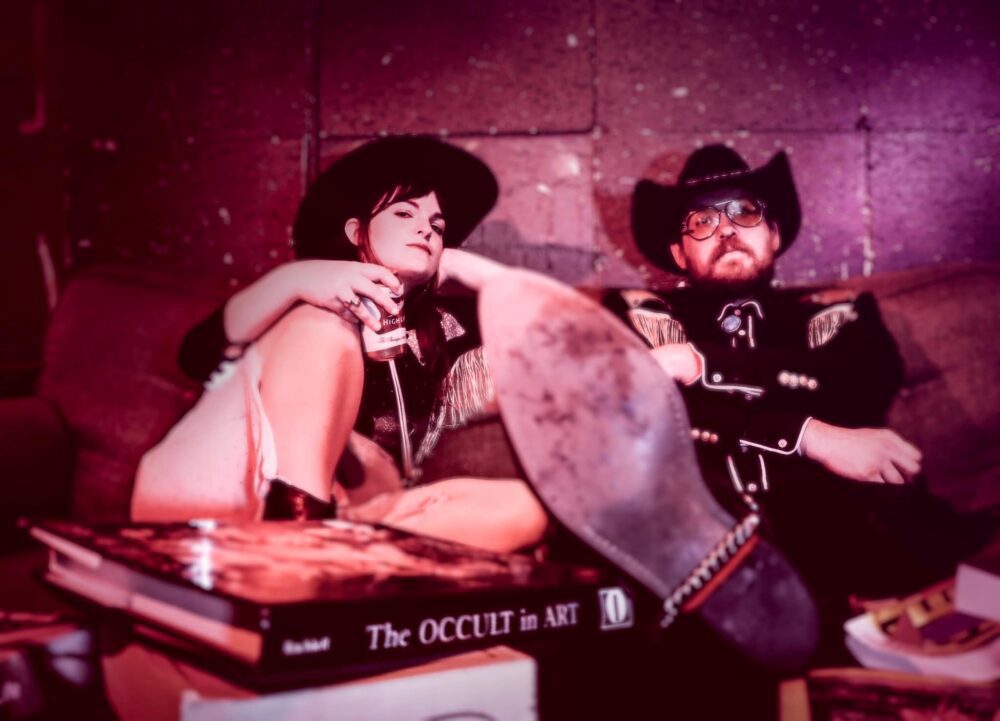 Talking about the album, guitarist Christopher Lowe shares, “‘Cashville’ provides a much wider spectrum of our sonic journey. It’s what we’ve been doing live for years encapsulated into an LP.”

Made up of Christopher Lowe (guitar, vocals) and Eleot Reich (drums, lead vocals), Volk’s genesis occurred in 2013, in Berlin, Germany. Low was teaching at an international school, while Reich was working on her degree in theater. Both used songwriting to express their imaginations.

They met at a bar named Madame Claude’s, a former brothel. It was open mic night, and they were trying out new songs. The collaboration succeeded but needed more oomph. So they added incorporated a drummer, who before long blew town, leaving behind his drum kit. Instinctively, Lowe asked Reich to have a go at the drums.

They plunged headlong into Berlin’s music scene. Eventually, Berlin’s undeniable EDM penchant became cloying. In 2016, Volk took off for Nashville, followed by touring across the U.S., playing one dive bar after another, which proved to be essential to their emerging sound and appearance.

According to Reich, “I ran into a Goodwill during one tour, in Augusta, Georgia—the hometown of James Brown—and bought this short blue sequin dress. The moment I put it on and sat down behind the drums that night, it’s like something clicked. From then on, we’ve been crystalizing our look, our feel. VOLK wouldn’t have become a band without Berlin. Likewise, it needed that next layer of American soil to pump blood into what was until then a partially realized dream.”

Volk’s sound amalgamates country and punk into an electrifying fusion at once grimy and flashy, attended by bright suits and thunderous amps, sparkly dresses, and sparkling drum kits. It’s a sound best summed up in one word – badass.

“It was another gray day in that city of play / You know them swampies got their heads up the back way / We took our drums and guitar to a damn techno bar / Them kids these days don’t dig swing and sway.”

Entry points include “Honey Bee,” a song roiling with visceral energy stripped down to pure brawny textures. Vaguely reminiscent of the White Stripes, only grubbier and bloodier, the icing on the cake is Reich’s grimacing voice.