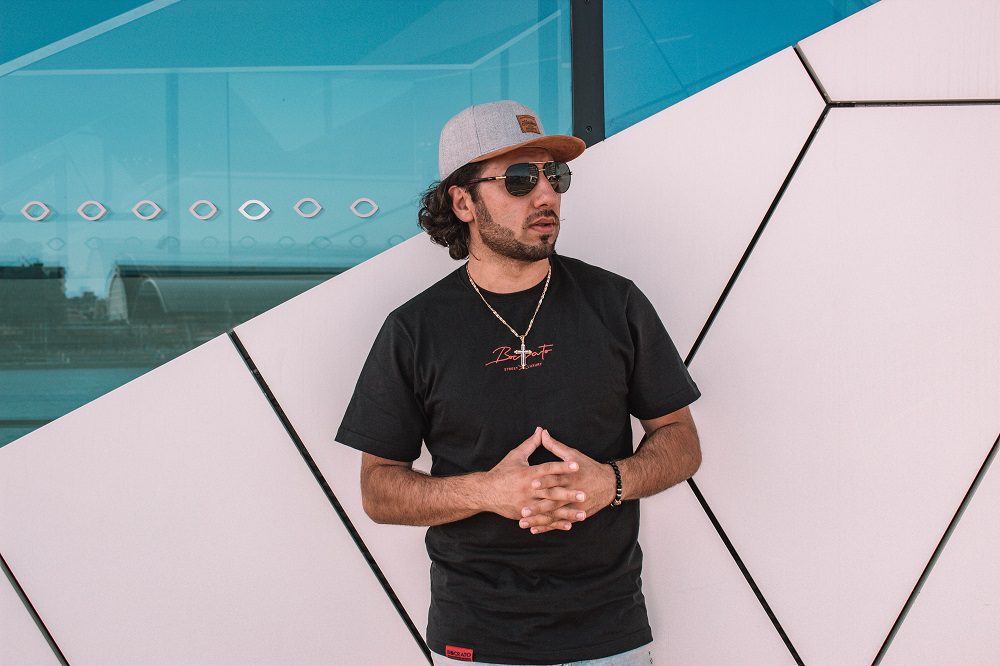 Sometimes it’s comfortable to take the easy way out, but for some, it’s all about rise and fall until you reach the mountain top. For Rafeye the second option has been the only significant one. Already at a young age coming to the realization that he was passionate about the music he has always known that he was meant to go down this path.

Being an independent Dutch Hip-Hop artist with native Armenian roots Rafeye is determined to make a name for himself in the music industry and there is no stopping to this until the goal has been reached.

After releasing his first EP “Resuscitation Chapters” in 2018, multiple singles dropped, with some insane collaboration with artists worldwide. By late 2020 and early 2021 year, new material was introduced with the tracks such as “100 Moves” and “The law” that with no denying gets your speakers pumped up.

Most recently Rafeye has released a new single “Ese” featuring the upcoming reggaeton artist Nando EL H from Colombia! The track just slaps and is getting already a lot of traction in social media. The beat is just banging and the mix of two genres is really making the track an absolute bop!

Way long before I released any music the name Rafeye already came about during high school days. I was back then already very much in the Hip-Hop scene from rapping in back alleys to breakdancing and pop-locking in clubs. People noticing this started hollering at me with the nickname Rafeye which is a bit of a twist on my first name. I found this dope so just kept and the rest was history.

The first time I really got hooked to rap music was when I started listening to Dr. Dre’s “Chronic 2001” album. It was nothing like I ever heard before and still get goosebumps every time I play those tracks. The love for this music was enforced in an era where hip hop was blowing up and many rappers were excelling with their exclusive styles like never seen before such a Ludacris, Nelly, DMX, Bust Rhymes, Outkast, 50 cents, and many more.

This really motivated me as a teenager to start writing my own lyrics, making my own tracks including learning how to mix and master. This got me some gig regionally here and there. But only years later I really started being more serious about it and decided to take my music to next level.

My musical influences come from different eras of rap music but also different musical genres. Some people get surprised when they hear what I all listen to. I have always been a big fan of MJ and in my spare time listening to a lot of blues, B.B. King of my favorites.

The soul that they put in their music and melodies they create is not just music but also arts. This is also exactly what I try to showcase in my music. If I would define my own rap I would it has some rough edges like Joyner Lucas and some soft touches like Drake. Mix it with a bit of soul and you got that Rafeye ingredient.

When I heard the beat I immediately had the whole structure of the song in my head. One thing was sure, this needed to be a collabo and this needed to be with a Latin artist. Searching on IG I came across several rappers that could have been suitable for the feature, but there was one that really clicked with the whole vibe and determination to make the song work. This was Nando El H coming, an upcoming reggaeton from Colombia. The recording process went really smooth and before we know “Ese” was on the verge to launch.

One of the greatest challenges of being an upcoming independent artist is the ability to keep on pushing, even in your weakest moments when you lose faith and things turn up the way you planned. It’s really a daily hustle and before start making it the industry you need to do some paper chasing to get your project goings.

In terms of work ethics, I always try to push every song I drop beyond its limits and be very precise in what I expect from the people I work with. This means controlling the whole process from mixing and mastering, artworks, launch and the promotion aspect of getting your song heard to the mainstream public.

I am definitely confident that I will succeed in the music industry. When this will happen is just a matter of time. I wouldn’t say I am the best but I am definitely trying to improve every day and give my all to make songs to keep the heads moving.

For the coming period mostly working on promotional campaigns for the newly released track “Ese” and getting more attention in the media. Also planning for a possible music video if the pandemic situation allows it. More in the long term a new album is in construction and hopefully to be released in 2022.

Most definitely a big shout out to the talented Nando El H for his great efforts to make the song “Ese” happen. A true entertainer with a positive mindset. Y’all better put this guy on your radar if you don’t wanna miss out.

Number 1 is making high-quality music, but also focusing on the business aspect to keep your song rollin. This means a lot of promotions and working on broadening your network. If you just keep on pushing without a doubt there will be rewards at the end of the trip!