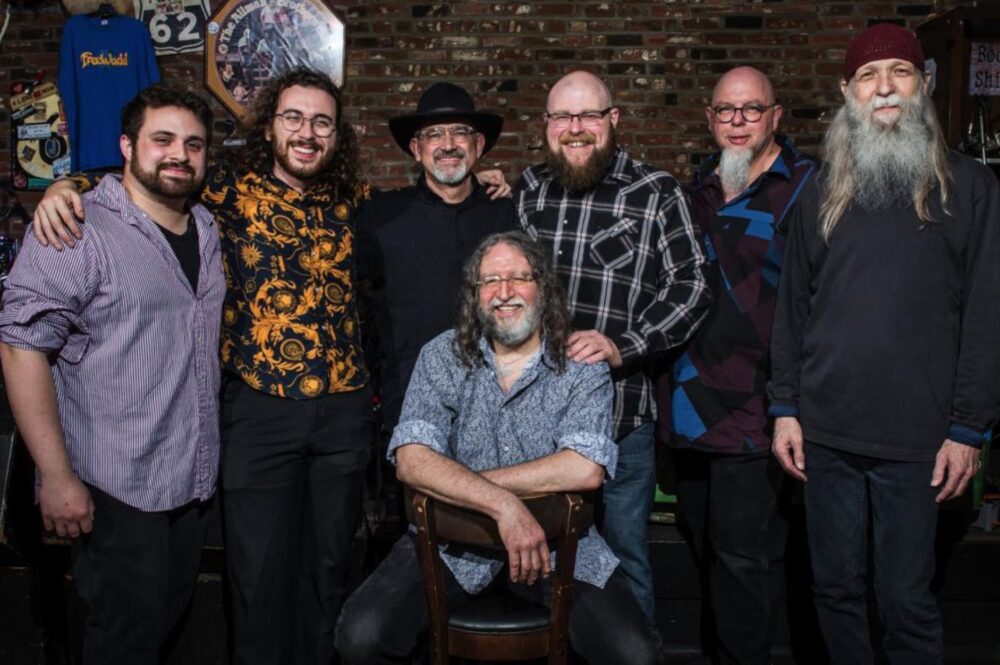 Memphis-based funk/soul/jam outfit FreeWorld unveiled the music video “D-Up (Here’s to Diversity)” at the beginning of the year.

Analogous to the parenthesis in the song’s title – Here’s to Diversity – FreeWorld’s success is founded on just that – diversity of influences and backgrounds. When all the parts come together, the result is a multi-cultural sound full of tasty grooves and luscious textures.

The video features thirty of the crème de la crème musicians and vocalists of Memphis, playing and singing “D-Up,” displaying their love of Memphis and support for the concept of diversity. As the visuals demonstrate, Memphis is a city of unity, with a vibrant economy, marvelous buildings, and gorgeous scenery.

Muzique Magazine had the opportunity to speak with bassist Richard Cushing. So we did, asking him questions about his influences, how he got started in music, and how the video came together.

“Fool in the Rain” – Led Zeppelin.

When I was two years old and my mother was pregnant with my little sister, my parents asked me what I wanted, a baby brother or a baby sister? According to family lore, my response was, “I want a gee-tar!” So, apparently, I was a natural-born musician, although I didn’t get serious about it until the summer before I went away to college at age 18, and then I turned professional shortly thereafter. I have been playing professionally ever since, and co-founded our current band, FreeWorld, in 1987.

As a bassist, I have been most strongly influenced by Donald “Duck” Dunn and James Jamerson, John Paul Jones, Chris Squire, Geddy Lee, and George Porter, Jr. As a vocalist/songwriter, I have been primarily influenced by the canon of music released by Stax Records here in Memphis, as well as bands such as Steely Dan, The Meters, Big Star, Miles Davis, Allman Brothers/Gov’t Mule, Led Zeppelin, The Grateful Dead, and James Taylor.

What inspired your new song/music video “D-Up (Here’s to Diversity)?”

FreeWorld released our third CD back in 1999 called “Diversity,” with the lead track entitled “D-Up.” The song was an instant ‘local hit’ upon its release, and one we continue to play to this day because people love it, still request it, and dance and sing along with it EVERY time we play it! As I was singing it live back in the fall of 2020, it dawned on me that perhaps it might be a timely idea to re-record the song and give it some new life, as the lyrics – written by our drummer emeritus, David Skypeck – are SPOT ON for today’s longing to bring together racial and cultural differences to create a better, more just, and more harmonious existence in the world. Then, with a little more reflection, I had a further idea: What if we were to re-record the song with a Memphis music “who’s who” of current, upcoming, and legacy artists to create a “We Are The World” kind of vibe, make a hip video for the finished product, and do everything within our power to stoke the potent fires of unity and diversity within the Memphis Music Community – AND BEYOND! So that’s what we did.

This video project was not conceived to raise money for any cause. It was brought to fruition to raise awareness of our deep need as a people to appreciate the ever-expanding palate of our diverse reality here on planet Earth, to celebrate our racial and cultural differences, and to help us all embrace the true worth of our uniqueness and individuality.

Who directed the video and how did you get everyone to participate?

I was the Executive Producer and Director of both the underlying music track and the video, but they were produced by Niko Lyras and Justin Jaggers, respectively. Because the song – and especially the lyrics – are so strong and timely for our current cultural climate, it was a breeze to get many of our Memphis music compatriots to agree to participate (although it was a logistical nightmare to pull it all together during a pandemic). And the joy and camaraderie we all shared while creating this special work made it all worthwhile! And I can’t give enough credit to both Niko and Justin for taking my basic ideas and turning them into structured reality. They both did an absolutely fantastic job of bringing my vision to fruition!

I make music because I HAVE to!! Creating and channeling music through my fingers and my Soul is an integral part of who I am as a human being, and my world wouldn’t be complete if I didn’t regularly manifest and share those gifts.

We used the downtime from our regular gigging schedule to create the “D-Up (Here’s to Diversity}” video! I personally was lucky enough to not be sickened by the virus (either by not catching it or by being asymptomatic), and I’m now fully vaccinated, so I’m ready to ROCK!

For the immediate future, our gigging schedule is coming back to life (which is a blessing), so that’ll be our primary focus for the next little bit. And since our band will celebrate our 35th anniversary in 2022, we’ll start writing new material to record and release very soon.

THANK YOU SO MUCH!!