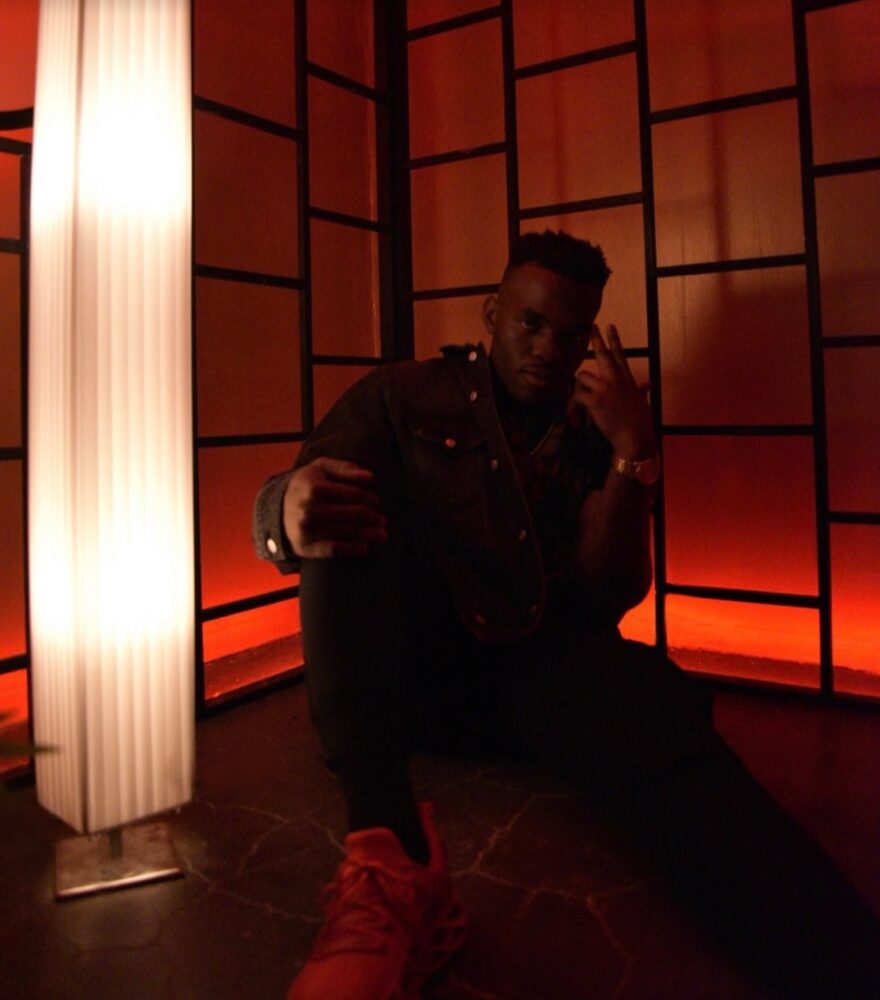 Hip-pop artist Feriano JX, aka Jacob, released the music video for “Night Fall” not long ago, a smooth banger infused with dazzling textures and simmering energy.

Originally from Cameroon, Africa, Feriano JX and his family moved to Maryland just over a decade back. He studied business at Montgomery College, followed by heading west to SoCal, where he presently works in Cyber Security. Until recently, he just dabbled in music for his own pleasure. Encouraged by his friend, Jeremiah Bland, Feriano JX is now sharing his music with the world.

And we’re glad he is. It’s good stuff!

Inspired by his girlfriend who succumbed to dark depression and took her own life, “Night Fall” is at once vulnerable and intimate yet rides atop buoyant harmonics chock-full of gleaming allure.

The video, directed by Purpose, depicts Feriano JX in a dimly lit room enveloped in a golden haze, followed by Feriano working on new music. A beautiful woman enters and the two fall asleep on the bed. When he wakes, she’s gone.

Because Feriano JX has it going on, Muzique Magazine spoke with him about his songwriting process, his influences, and when listeners might expect more delicious music.

One of my favorite song to jam is Manila Grey – “Time Zones.” Manila Grey is a duo and I’m a huge fan of theirs.

That’s always changing; I am a big fan of Michael Jackson and Kanye West. I love them for their creativity and music writing style. I draw a lot of inspiration from them and currently Manila Grey has definitely influenced my style of music because of their unique sound yet simple delivery which focuses on catchy melodies.

I’m currently listening to a lot of Drake, Angelo Mota, Playboy Carti, and Che Ecru, to name a few. I really try to blend genres and pour inspiration from different styles.

I have always loved music, but I was never the type of person that would go out of their way to create music and put it out there. My close friends definitely played a major role in me becoming bolder and taking music seriously early in 2021.

“Night Fall” was inspired by the death of my ex-girlfriend in college. We originally broke up for unknown reasons, but I found out a few months ago that she took her own life and was dealing with deep depression.

So “Night Fall” is a way for me to express how I truly feel and let the audience interpret the art and message behind the lyrics.

I believe I’m a blend of pop-trap and hip-pop.

I make music to prove to myself that I can achieve greater in life and inspire listeners that they can do the same.

For my songwriting process, I usually find a beat that matches my style and come up with a melody. Afterward, I’ll create a hook or chorus before finishing up with the verse(s).

The future looks bright. I have more unique sounds coming and will continue to expand. I’m releasing my next song, “Feel It,” in May so stay tuned!