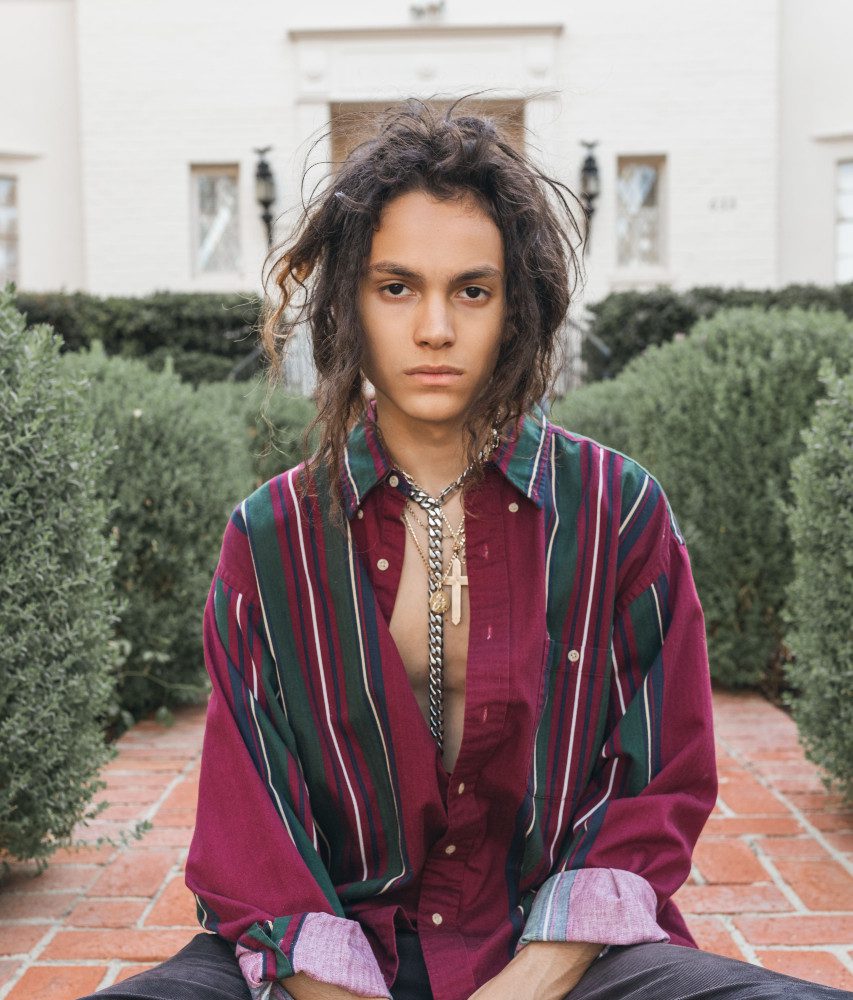 Written by Pepper Gomez, Tacboy, Andrew Kitchen, and Ralphi Rosario, “Oh My Heart” was produced by Joseph Salamida and Pepper Gomez, aka Madeleine Y. Gomez, Ph.D., founder, and CEO of Wake Up! Music, home to an ever-expanding roster of talent, including A Killer’s Confession and Ra.

Once the song was ready to record, Pepper asked her son, Tacboy, to add his signature vocals to the track. Ralphi Rosario and Craig J. Snider, aka The Shamanic, crafted a remix, along with a cluster of remixes from legendary Eric Kupper.

Tacboy, a model with the prestigious agency IMG, is preparing to unleash his own project – the ET Boys – with his brother Sharkeyes. Working with renowned producer, musician, and composer Sahaj Ticotin, the ET Boys will drop their first two singles later this summer.

Talking about the experience of working with Tacboy, Pepper shares, “I didn’t know what it would be like to produce the vocals by my own son on ‘Oh My Heart’ but it was a peak experience for me. His path is clear. He sings and creates both melodies and lyrics as effortlessly as Morrison. I thought this a great way to introduce him to listeners before he launches his own project, the ET Boys, with his brother Sharkeyes. With this release, I have accomplished what few mothers have done – that is to sing on tracks with both of my sons. I sang on a Sharkeyes trance composition a few years ago called ‘Sometimes,’ released on Matt Warren’s album, Music Is My Life.”

Muzique Magazine, which has had the opportunity to listen to unreleased tracks by the ET Boys, and was immensely impressed, spoke with Tacboy to discover more about his influences, how he got started in music, and what he’s listening to right now.

Well, I started playing guitar when I was 8 years old and still continue to this day. I used to play for my church and my family. I guess that transfers into me singing. I had gotten a full ride to school for engineering, and it took a toll on my mental health. I would make songs using beats from YouTube and send them to my friends. One day, I decided to send one to my brother and he began to create the sound of ET Boys. I think of myself as someone with a unique voice.

Easy question, “Lonely Day” by System of a Down.

Which artists influenced you the most?

Hmmm, a bunch. In elementary school, my mama would only play Linkin Park, Limp Bizkit, and System of a Down. As I grew up in middle school, my brother would only play Lil Wayne. As I got to high school and college, I would listen to FL rappers including XXXTentacion, Ski Mask The Slump God, Fat Nick, etc. My mama always likes to compare to me Jim Morrison, so I also have a love for the Doors. I would also blast songs from Yung Lean and Bladee as I arrived at school. I remember kids in high school used to make fun of me for listening to non-mainstream artists. I take influence from all the artists of my life.

What’s the story behind the name – Tacboy?

Well, my name is Marcos and when we were little, my big brother, who is also my engineer/producer, would call me Mac at times. We give everyone nicknames. We loved WWE and would fight each other.  Mac turned into MacAttack and from there Tac. So really my brother created my name.

My sound is only fresh due to the beats made by my brother: Sharkeyes Johnson.

The music almost always comes first. I’m an artist who doesn’t necessarily write lyrics right away, but I create the melodies first. My brother usually creates a beat, and I may sing melodies containing some words but mostly the idea of the song. Then I go back and write lyrics that pertain to the way I’m feeling at that time. There are times where I write down lines that I think are cool, but in reality, my voice memos are filled with different melodies that I find catchy.

What was the inspiration for your new track “Oh My Heart?”

Mainly due to my mama, Pepper Gomez, who was a big house artist in Chicago.

What do you want people to take away from your music?

I want people to take away that life has many different emotions even if they can be mainly pain. There’s always a way to turn pain and sadness into happiness. I’m currently working on realizing the idea that they are always connected.

I’m handling it alright, mainly by just working out all the time.  If it weren’t for music, it would feel a lot worse. Quite a holding pattern. Music allows you to feel some freedom from that trapped feeling.

Looking to the future, what’s next for Tacboy?

Currently we – the ET Boys – have our first two huge singles coming out this summer that I know the public will love. I’m a big fan of having a crazy or uplifting beat with lyrics that refer to hurt or sadness. It’s great for just blasting in your car or laying by yourself at night.

Yoson Tala Makes 2021 Debut With “Count Me Out”
Mr. Merk embraces his rap gift on Woke Up
Advertisement