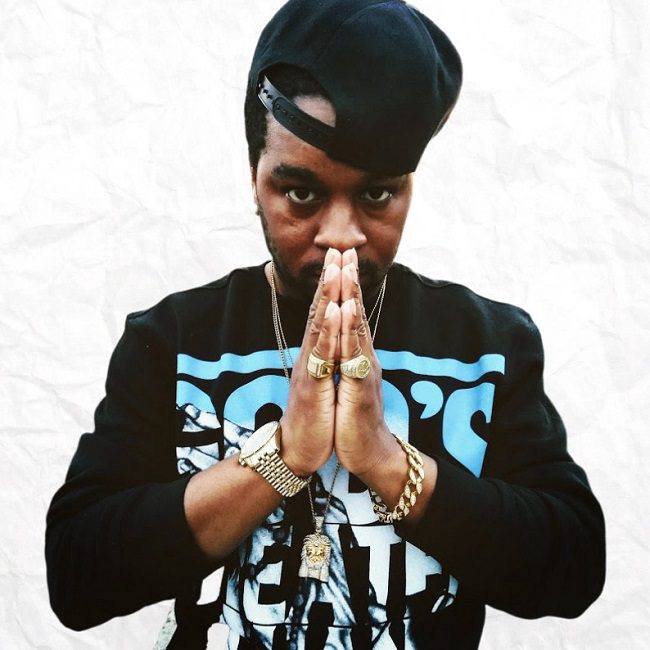 Tony Brown, also known as Meztheprod, is well known in the East Coast hip-hop scene, as a national and international sensation! During the past 18 years the Washington D.C. native has undoubtedly worked hard to make his mark in the industry, partnering with MC’s, DJ’s and a variety of Artist veterans in the industry. In 1985 his mother was murdered by stabbing so the life journey did not get off to a great start.

M-ez was born in 1983, Washington DC, where he grew up around the many aspects of Hip Hop, with influences from Jay-z, Kanye West, Nas, Notorious B.I.G, and Kanye West.

Mez resided with his dad and learned early the value of saving, sharing, and a great deal of bed experiences. At 16 he ran away from his troubled home and began to find life in the streets of Washington D.C. Mez started to grab the tune for music from his father who was into music as well but once on his own Mez began to take music more seriously than ever.

Despite the bad start his work has grown over the years from rapping to creating beats, making him one of Washington D.C and New York City’s most sought out hip hop’s figures. While creating beats and producing breadwinning favorites for other well-known artists, M-ez has also worked with the likes of Stro The MC, Twista, Fred Da Godson, Chinx Drugs, Mr. Cheeks, Tony Sunshine and more!!

M-ez worked as a producer at numerous upscale studio including mad jam studio and as an artist, at Whitestone Records in Washington D.C. and in 2005 he relocated to Pennsylvania and began his career working with the top Local and Industry Hip Hop artists, as a Disc Jockey, M-ez worked for 92.1 FM as a radio personality as well.

M-ez has been featured in 8 local & top magazines, including big blogs such as 2dopeboyz, XXL, and many more. Meztheprod has a very big influence on social media, where he helps the artist to step into the light offering production and opportunities.

I discovered my love for music when I was only 11. I used to go to the thrift shop near where I lived and pick up old vinyl. My dad always played old music in the house so I would use his record player to slow down and speed up vinyl, from there I discovered that I liked music, especially the retro style.

I realize that I wanted to pursue music when my dad brought me a karaoke machine. I would buy blank cassette tapes and record the beat I made from the keyboard on one tape, then take that tape and put it in the first deck and a blank in the second deck and record the vocals haha those were fun times.

My sense of style comes from the liking of those I looked up to at the time which was Tupac, Biggie, Kanye West, and more. I took pieces from each person with a twist of my own to form the best me. If you ask me I think it was worth the practice.

I would prefer Independent but on the flip side of a major, there are some great business deals still out there. I always say ” You make what you negotiate”. So a major would be better because of the extra push you would get behind a record with the right deal, but independent would be better for those who can’t find a fair deal.

I feel the music industry is full of “Let’s make this quick check and move on”. There is no long-term artist anymore but a few. Artist lack of song technique and talent to create a long-lasting impression. But it seems it will merge back soon to say the least.

My biggest break was when I finally broke in the industry producing for The Coke Boys, Chinx, Stro The MC, Twista, and more. I actually did the leg work for all my placements also with the help of my close friend Red Mcfly.

I have a great work ethic, because I love what I do. I can record and mix for hours without any issue because I tought myself long ago to never wait on anything, If you want it done right, Do it yourself.

I feel I’m authentic to my original sound as an artist. I try not to sway too far into what’s going on today. I like to express myself in the style of my artistic way. I feel I’m original, heartfelt, and real.

I would honestly like to establish my own first before I jump on a song with a major artist. I want the artist to want me on their song you feel me? Once I become the major artist then collabs with me would make other artists more famous. So I would work solo to build up my fame because the first impression is important.

I want my supporters to love my music as much as I do. I try to keep it real and down to earth for my people to understand and relate to what I’m saying.

I would sign really talented artists who will never be heard. Its a lot of well-rounded artists who can sell but they get passed over because of the “Quick Buck”.

How do you like to enjoy your relaxation time away from the music? I also own a video game company called “Eblematic Games”. I really want to move toward video games because I love to play. I recently signed a deal with Microsoft for 2 video games for Xbox One. I also would love to direct movies, I have a few scripts in mind.

My image is based on me being me, I feel being yourself speaks volumes to those who look up to you. I don’t want to be something I’m not. I have morals and goals that I live up to.

I have an album on the way this summer. I really don’t have the title yet but my single “Minding” will definitely heat up the streets. The song is based on love and relationships. The beat was also produced by me.

The ultimate goal is to become a role model for other musicians as well as helping them establish their own lane to become role models as well. This is the part of my career that is really important to me.

I always encourage artists to go for it even if they feel it will fail. People love to see your war stories from rag to riches. I would tell them to do what they feel and always keep it going until the ball rolls and keeps going.

My fan can find me on Instagram at Meztheprod. Also I’m on Facebook or just google me and my whole life shows up haha.

I would like God first and my heart Shatima because she’s my biggest supporter. I’d like to thank my brother Chris because he always told me since we were kids that I was going to get here. I like to thank my friends Red Mcfly, Rell Gates, Roman Six Ten, Computa, Nove Soprano, these are the guys that I have a history with that helped me mold who I am. I also want to thank James (Hellraiser) and my brother Arron King (Gauge).