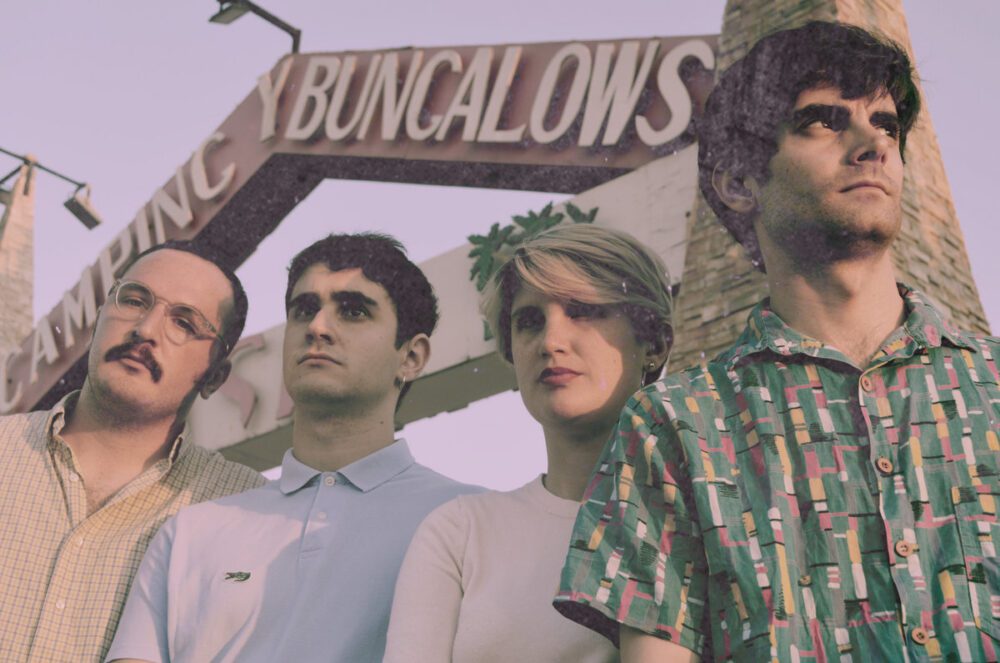 In September, Fabrizio Lusso referred to the band’s sound as “timeless pop magic,” an apropos description, hitting the nail on the head.

Made up of Erica Pender, Manuel Jiménez, Pablo González and José Prieto, Terry vs. Tori’s music blends scrumptious dream-pop laced with dollops of shoegaze and jangle-pop, along with tasty tints of finessed hypnotic auras.

Chock-full of charming syrupy flavors on one level, there’s an unassuming dark ambiance flowing through their tunes, generating a beguiling air of mystery.

Tracks not-to-be-missed include the gorgeous “Chambré,” gliding forth on glittering guitars and that oh so sinuous bassline, while Erica’s sublime voice infuses the lyrics with lush crystalline tones of speculation.

“Sometimes I don’t want to know / If you are real / If all the things that I said / Are not how I feel.”

The intro to “Cascais” opens on a jangly spider’s web of iridescent guitar notes, followed by Erica’s pensive vocals.