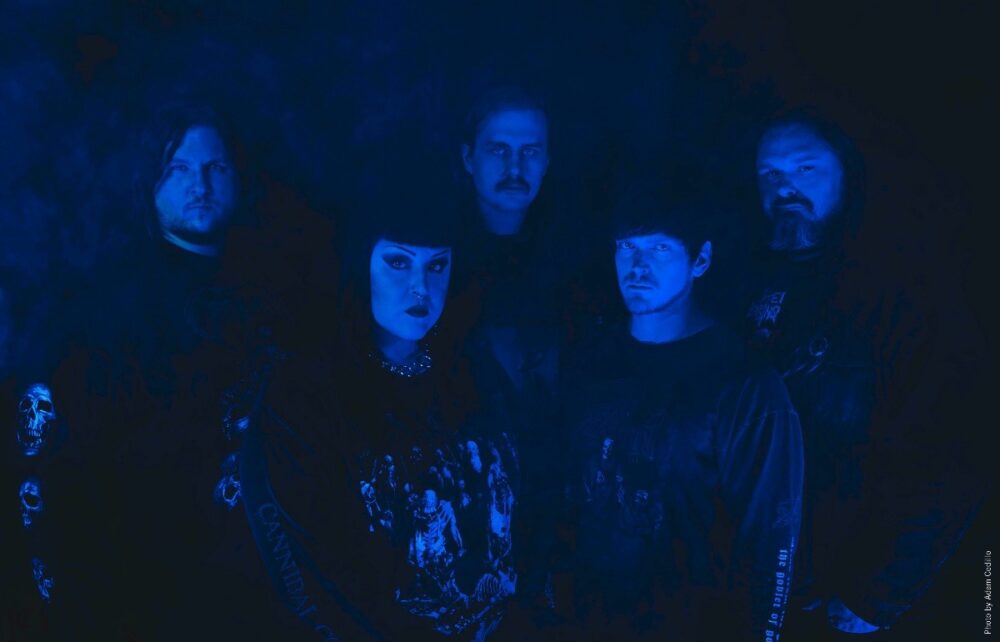 Talking about the song, Frozen Soul says, “‘Encased in Ice’ represents all the terror, pain, and anguish in the world, sealed away to forever rot alone. We had an icy blast filming the video. It was an experience to die for!”

In early March this year, Frozen Soul went into the studio to lay down tracks for their debut full-length album, the upcoming Crypt of Ice. Produced and mixed by the band’s former guitarist, Daniel Schmuck, the album encompasses 10-tracks of primeval, paleolithic death metal.

A brusque breakdown shifts the song from sepulchral fury to sounds of fierce murder, followed by returning to a clotted, subterranean doom essence, and then revving back up to unadulterated rampaging death metal.

The video, directed by Tanner McCardle, depicts images of hoary, frigid landscapes with clips of shattered tesserae of gore and the band performing on stage, all shot through the ghostly, hazy glow of surreal foam.

Frozen Soul has it going on! Scorning mediocrity, they pump out the vast primitive power of old-school death metal.