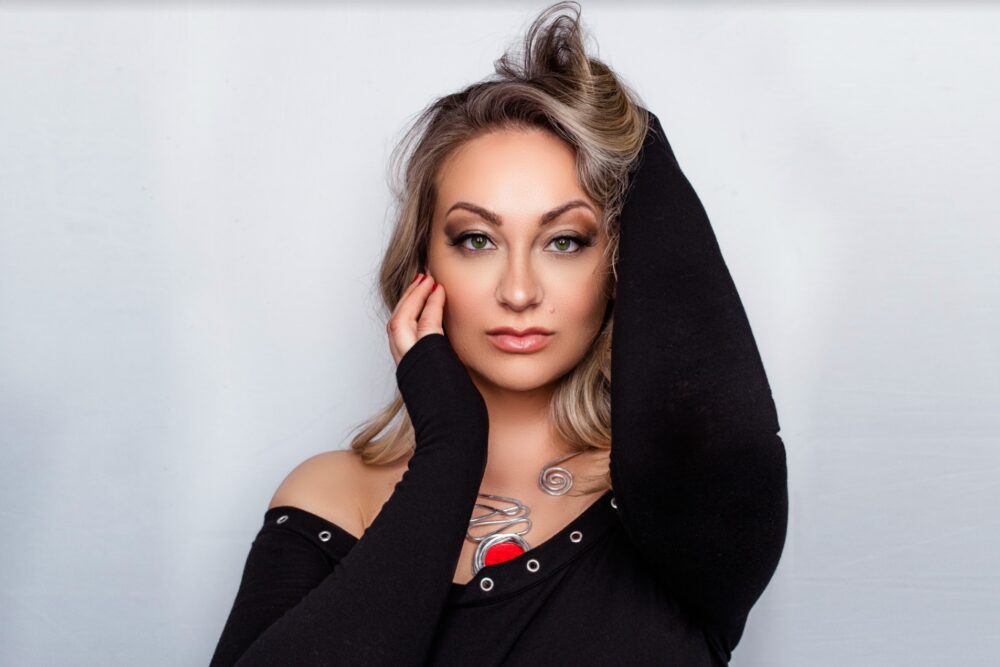 Electro-pop singer-songwriter Yevae, pronounced ‘Yeh-vah,’ released two new singles/music videos not long ago – “Wings” and “I Run To You.”

Originally from Ukraine, through her music, Yevae goes where many artists fear to tread, taking on topics such as trust, betrayal, mental health, healing, self-determination, death, suicide, and autonomy. Even though the lyrics tackle sensitive subject matter, the music is at once glossy and vibrant, riding driving rhythms topped by layers of dazzling colors.

The video for “Wings” depicts Yevae’s plunge into a new romance, full of the thrill of new love. Yet in the end, she realizes it’s not a healthy relationship and takes flight on wings of freedom. Whereas the visuals for “I Run To You” confront suicide and its attendant emotional turmoil.

“Wings” shimmers with luscious layers of electro-pop textures and the heady impetus of dance music as Yevae’s delicious voice infuses the lyrics with plush, sensuous surfaces. On “I Run To You,” her voice mirrors darker hues, while the melody discharges trembling layers of coloration.

Muzique Magazine spoke with Yevae to discover how she got started in music, the inspiration for “Wings” and “I Run To You,” and what listeners/fans may expect next.

I got accepted into music school when I was 7 – it was quite a big deal because at that time in Ukraine people were accepted only based on their talent and test results.

What inspired your single/music video “Wings?”

I wanted to show a dysfunctional relationship between a codependent person and a narcissist but making it a bit more humorous because the topic itself is quite heavy.

What inspired your single/music video “I Run To You?”

It is about longing for a very special friend who is missing and, in this song as well as the video, the main character who is still alive, is choosing to either join him and commit suicide or stay alive, accept the fact she needs to move on and finally start building her life the way she wants to.

I hope to normalize topics about death, suicide, and mental health through these songs. I see that people are very uncomfortable and don’t really know what to say and how to behave around someone who for example lost their spouse, parent, or someone they loved, or someone has depression or signs of suicidal thoughts. I see that our society is concentrated quite a bit on cultivating and rewarding narcissistic behaviors that need to be addressed and thoroughly rethought to make sure that we live in a better world. Everything starts from each individual and their consciousness. As long as we are blindfolded by the paradigm that greed, money, fame, and power are on the pedestal instead of happiness and true human connection, we are quite screwed.

I have been learning singing techniques from quite a few singers. Some of the names: Etta James, Whitney Houston, Amy Winehouse, Ella Fitzgerald, Sarah Vaughn, Nina Simone, Christina Aguilera, Adele.

I want to believe that I have a quite eclectic taste in music, and it all depends on my mood and time of the day and night that I am listening to music. It can be anything really.

Because I love it.

Electro-pop with some jazzy sound experiments.

Looking to the future, what’s next for Yevae?

More songs to be released, some remixes done by super-cool DJs, some music projects I am not sharing the info about yet, and hopefully live concerts in the near future.